Bill Maher is really annoyed that conservatives appear to be out-partying liberals and during the “New Rules” segment on the latest episode of “Real Time,” he basically begged Democrats to do more drugs and have more sex and to stop being “fun-suckers.” And he also wants Republicans to get back to being religious fundamentalist wet blankets.

“Republicans can’t spend decades chastising liberals for being too permissive about sex and drugs, and then be completely silent about Matt Gaetz,” Maher said at the start of the bit. He then summarized the ongoing — and absolutely hilarious — scandal involving the Florida congressman, particularly the reports of his illegal drug use and hiring prostitutes at hotel parties.

“Okay. Wild hotel suite parties — that’s our thing,” Maher said with joking indignation. “Democrats are the party of free love and fun and forgetting where you parked your car. Republicans cannot be the conservative, stick-up-your-ass party, and then take our drugs and f— our women.”

Maher argued that America “works best like a mullet. Republicans do business in the front. Democrats party in the back,” and as examples cited JFK alleged hard partying during his presidency. “Now the politician who comes closest to carrying on that legacy is Matt Gaetz? No.”

Maher complained about former Republican congressional leader John Boehner, who “now sells pot for a living. My old job,” and about unhinged lunatic Marjorie Taylor Green, who he reminded the audience is “reportedly into polyamorous tantric sex.” He also brought up Ashli Babbitt, the capitol insurrectionist who was killed while trying to overthrow the government on Jan. 6. She “turns out to have been in a ‘throuple’ with her husband and another woman,” Maher said, and then for good measure showed a photo of Donald Trump and Stormy Daniels.

Maher argued that “we need to restore the natural order of things. I don’t want to live in a world where liberals are the uptight ones and conservatives do drugs and get laid. Once upon a time the Right were the ones offended by everything. They were the party of speech codes and black lists and moral panics, and demanding some TV show had to go. Well now that’s us. We’re the fun-suckers now.” 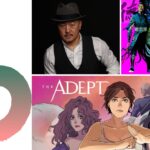 Maher complained that liberals now “suck the fun out of everything. Halloween. The Oscars. Childhood. Twitter. Comedy. It’s like woke kids on campus decided to be all the worst parts of a Southern Baptist. And that’s wrong — because it’s cultural appropriation.”

Maher made the point that a lot of Democratic heroes from the past had very off color private lives, but now “Democrats are now the party that can’t tell the difference between Anthony Weiner and Al Franken.”

As an example of the problem, he brought up former congresswoman Katie Hill. Hill, “like Ashley Babbit was found to be in a throuple, and pictured holding a bong, and that was too much for our new puritanical Democratic party. Quite the opposite: This should be our logo.” Then a photo of Hill holding a bong turned into a stylized logo.

“We’re the throuple people! The bong people! The tantric sex gurus. Not f—in’ Matt Gaetz, us,” Maher said as he wrapped the bit up. “We did f—ing in the mud, and bra burning, and turn on and tune in and drop out. They’re the party who won’t bake wedding cakes for gay people.”

“It’s time to switch back. Because frankly, you’re not good at being us, and being you sucks,” he said at the end. Watch the whole thing at the top of the page.