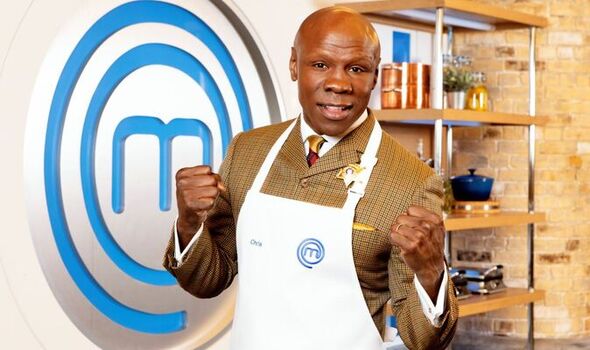 Celebrity MasterChef fans will have the chance to see for themselves when the ex-boxer joins the new series, judged by John Torode and Gregg Wallace.

Chris, 55, said: “My cooking now, there are no words. On the show I cook one simple dish. It knocks even me off my feet.

“The proof is in the eating and I can remember Gregg saying, ‘I can’t work you out, but this is really good.’

“This was very simple food that I’m told most people don’t like, until obviously they taste mine.”

Chris, who retired from the ring in 1998, told Radio Times he used his talents to coach his rivals – and the judges.

He said: “It’s almost as though I had to teach them what the relationship is between the chef and the food.

“They didn’t have any idea how to love the food and the process – the difference with my food is the love that’s in it.

“When I cook, whether my wife is there or not, it’s like I’m on a date. I dim the lights, I put on Nat King Cole. I am floating in there. Let me tell you, any woman would die to be in that kitchen.”

He will be up against 19 other stars on the show. They include TV choirmaster Gareth Malone, Strictly dancer Katya Jones, ex-footballer Jimmy Bullard and actress Lesley Joseph.