Queen and Adam Lambert joined Holly Willoughby and Phillip Schofield on This Morning today to talk about their new album. But mother-of-three Holly wanted to know what the band thought about the Chancellor’s thoughts that some members of the public should retrain as their industry has been badly hit by the pandemic.

Mr Sunak was asked by ITV News yesterday if musicians and those in creative industries should look for alternative employment.

He answered: “I can’t pretend that everyone can do exactly the same job that they were doing at the beginning of this crisis.

“That’s why we’ve put a lot of resource into trying to create new opportunities.”

He added there were still employment opportunities in the creative sector but “everyone is having to find ways to adapt and adjust to the new reality”. 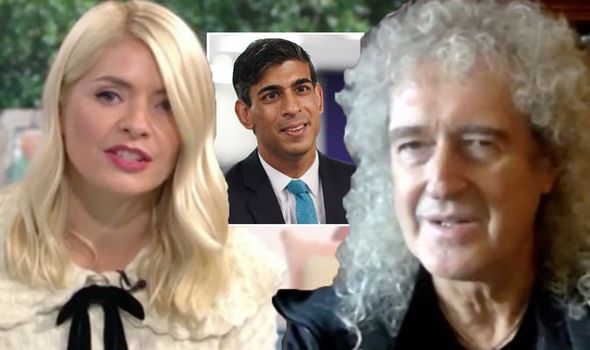 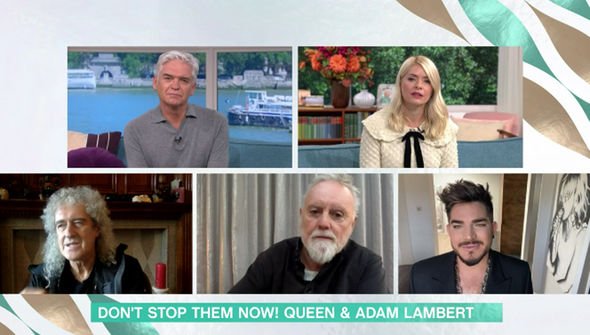 Quizzing the band about his comments, Holly began: “Chancellor Rishi Sunak appeared to suggest in an interview with ITV News that struggling musicians and other artists should retrain and get a new job.

“I just sort of thought, for musicians such as yourself Brian, well all of you, if someone said to you about your career, well you know there’s no live music anymore, go and retrain, how would you feel about that?”

“Honestly I saw it last night and had a knee jerk reaction and I wrote this kind of Instagram thing saying you know, ‘Why don’t you go and retrain as well?’” Brian replied.

“And then I thought, ‘Did he actually say that?’ 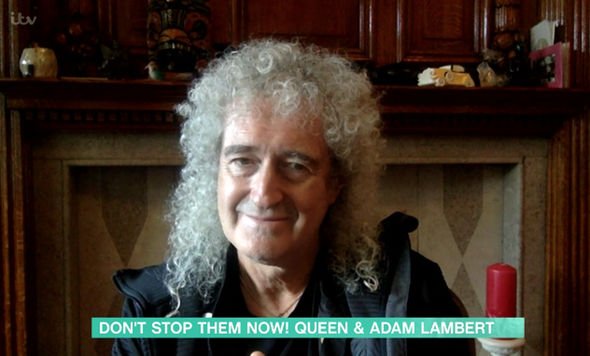 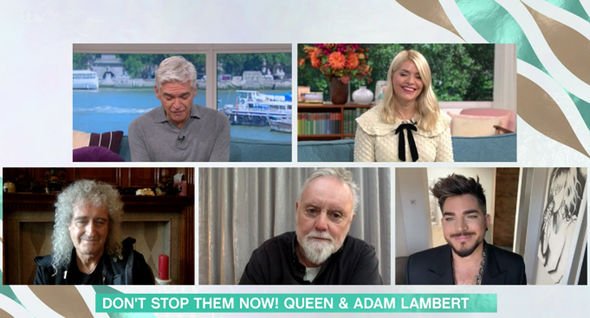 “I checked and I saw the transcript and I don’t think he actually said that to be honest.”

Holly hit back: “He said, ‘I can’t pretend everyone will be doing the same job that they were doing at the end of this crisis this is why we have put a lot of extra resource into trying to create new opportunities for people.’”

The Queen star wasn’t impressed and stated she was twisting Mr Sunak’s words to get an answer from him.

“Yeah but it doesn’t specifically say musicians should go out and get another job,” he explained.

“I know because I get misquoted so much and people bend the quotes, I am a little wary of jumping on people that’s all.

“Obviously I don’t want to get another job and on the face of it, it was a little insulting.

Many of those tuning into This Morning were quick to comment on the mini clash with the majority praising Brian.

Another posted: “#ThisMorning I don’t think the members of Queen and Adam Lambert are a good representation of people struggling in the arts and asking them about “finding other jobs”.”

“What an embarrassing and misquoted thing to say! Glad Brian May put you in your place. That’s how rumours start! #ITV #ThisMorning,” a third tweeted.

Someone else shared: “Thanks @DrBrianMay for correcting #ThisMorning.

“Perhaps ITV should be more careful about sharing misinformation just to make headlines during a national emergency.”