Bridgerton: What to Know About Shonda Rhimes’s First Netflix Show

After giving us primetime network shows like Grey’s Anatomy and Scandal, Shonda Rhimes is taking her pen to Netflix, thanks to a massive deal between her Shondaland TV company and the streaming giant. Making no quiet entrance to the platform, Rhimes is debuting with the big-budget period piece Bridgerton, a lively and sexy adaptation of Julia Quinn’s book series of the same name. Here’s what to know about the luxurious, sure-to-be-addictive series, which arrives over the holidays.

It drops on Christmas Day. 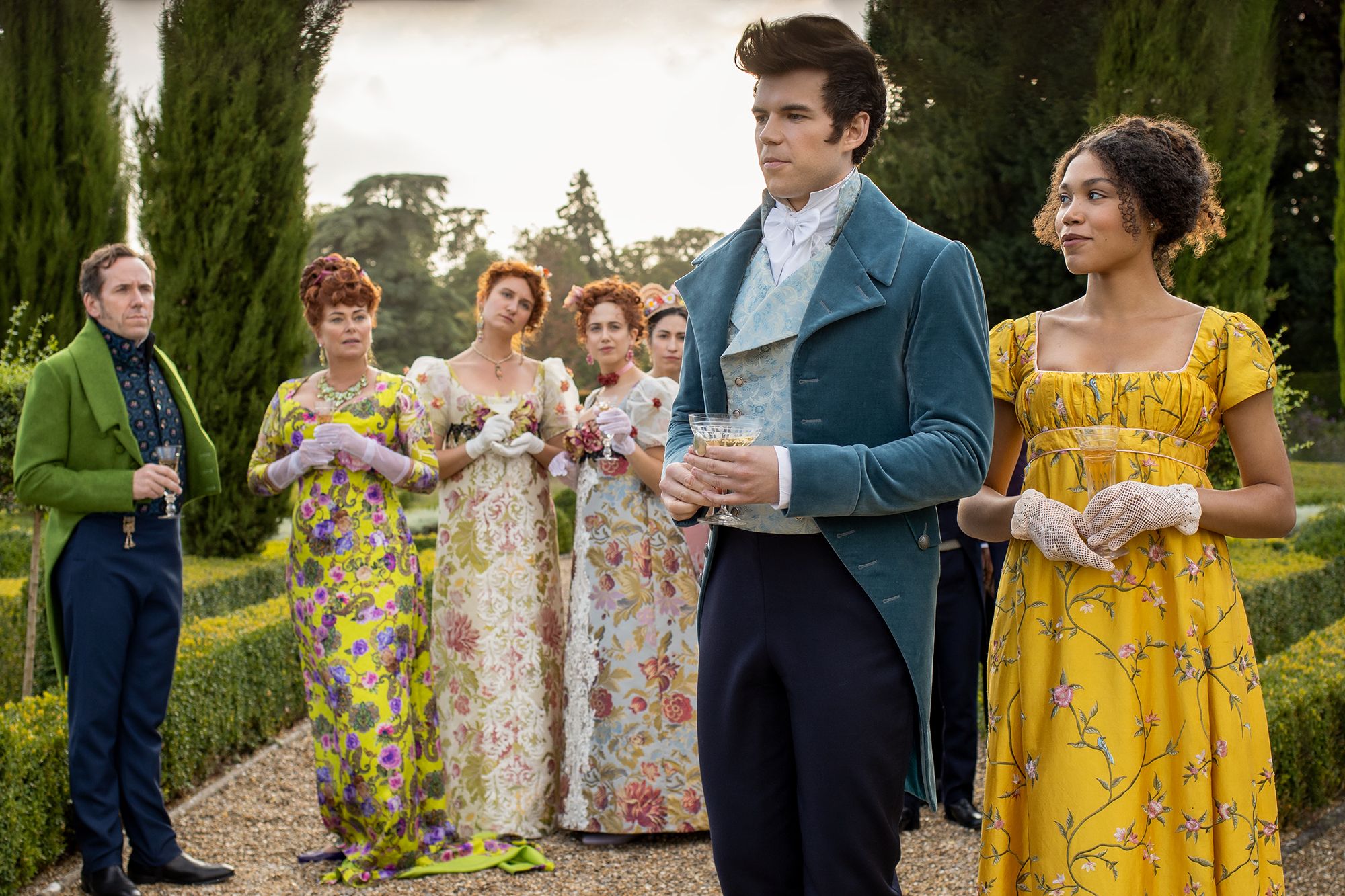 It’s centered on society and scandal.

According to an official synopsis from Netflix, the series follows Daphne Bridgerton (Phoebe Dynevor), the oldest daughter in her powerful family, as she makes her debut into high society and begins to look for a husband. Wide-eyed and at times naive, Daphne believes she’ll find a partner out of true love, just like her parents. But that soon changes when her overprotective older brother starts dissuading contenders he does not see fit, and things get worse when a scandal sheet—think an 18th-century version of a tabloid—from the anonymous Lady Whistledown scrutinizes her eventual lack of suitors.

Meanwhile, the town’s bad-boy bachelor, the Duke of Hastings (Regé-Jean Page), is the craze of all the debutantes’ mothers. So, he and Daphne form an alliance that should benefit them both: They pretend to “form an attachment” so that the moms can leave the duke alone, and Daphne can be seen as a desirable partner. What could possibly go wrong? 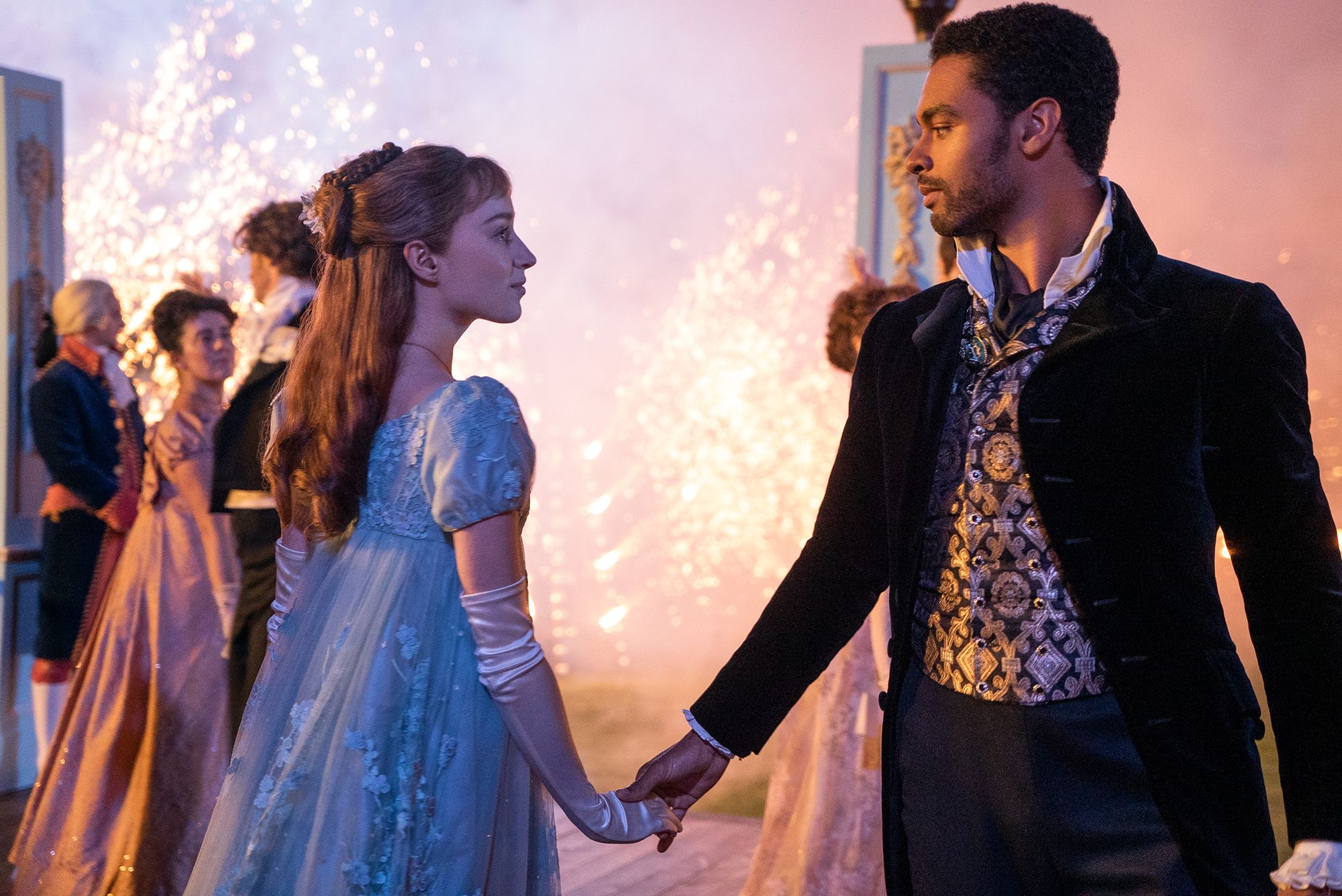 That’s right—the Julie Andrews. The British legend voices Lady Whistledown’s gossip column in the same way Kristen Bell did Gossip Girl’s. Is there a chance we might see the screen icon in one of Bridgerton‘s eight episodes?

Along with Andrews, Dynevor, and Page, there’s a massive ensemble bringing the show’s bustling (and gossiping) London to life. 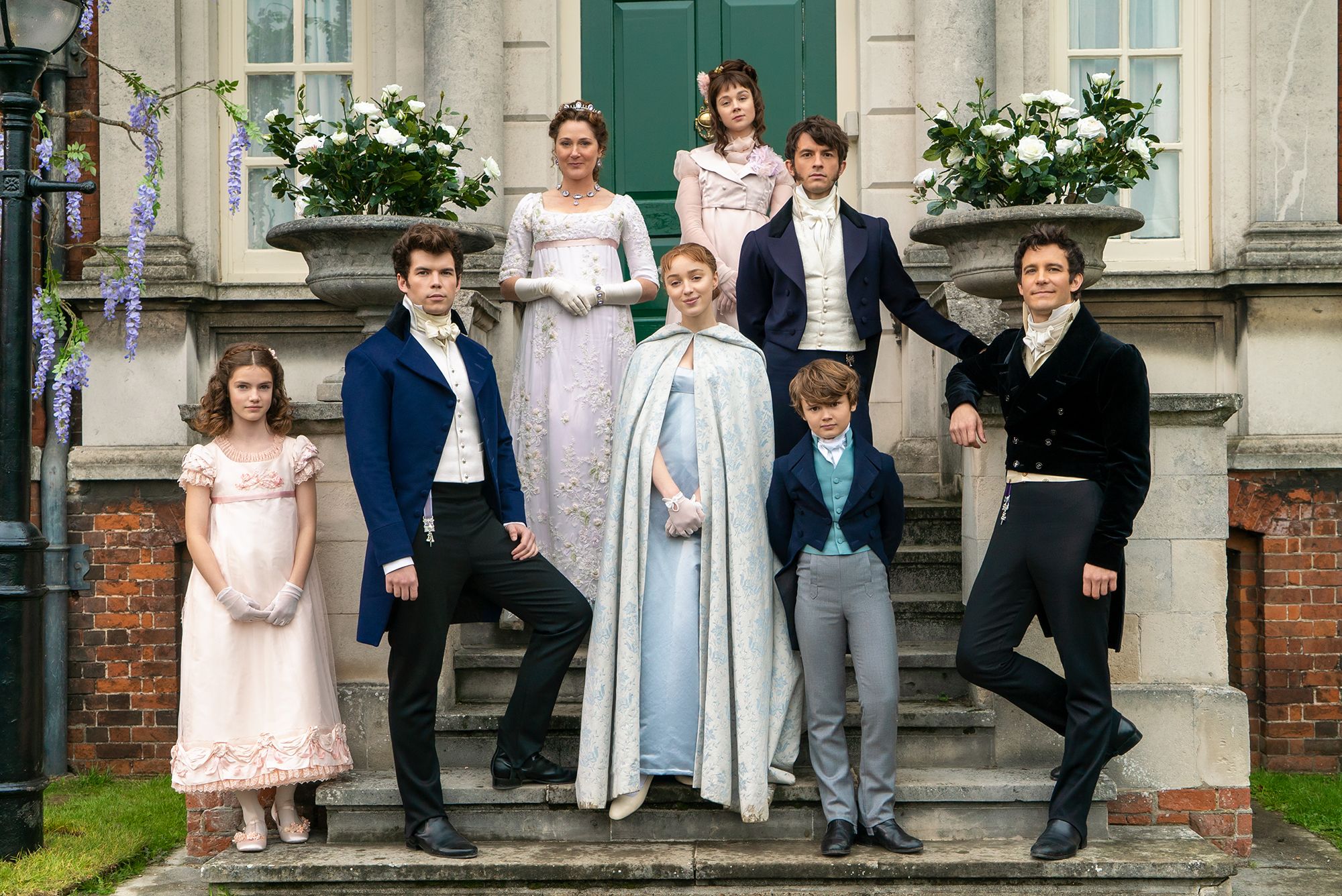 Get familiar with the Bridgerton books.

Quinn published eight Bridgerton novels in the early 2000s, then followed up with a few novellas and collections after fans were hooked. “I didn’t originally set out to write an eight-book series; at first it was just going to be a trilogy!” she shares on her website. “But readers really took to the Bridgertons (and to the mysterious Lady Whistledown, whose gossip columns ‘narrated’ the first four books), and I found myself rather enamored with the family, too.” 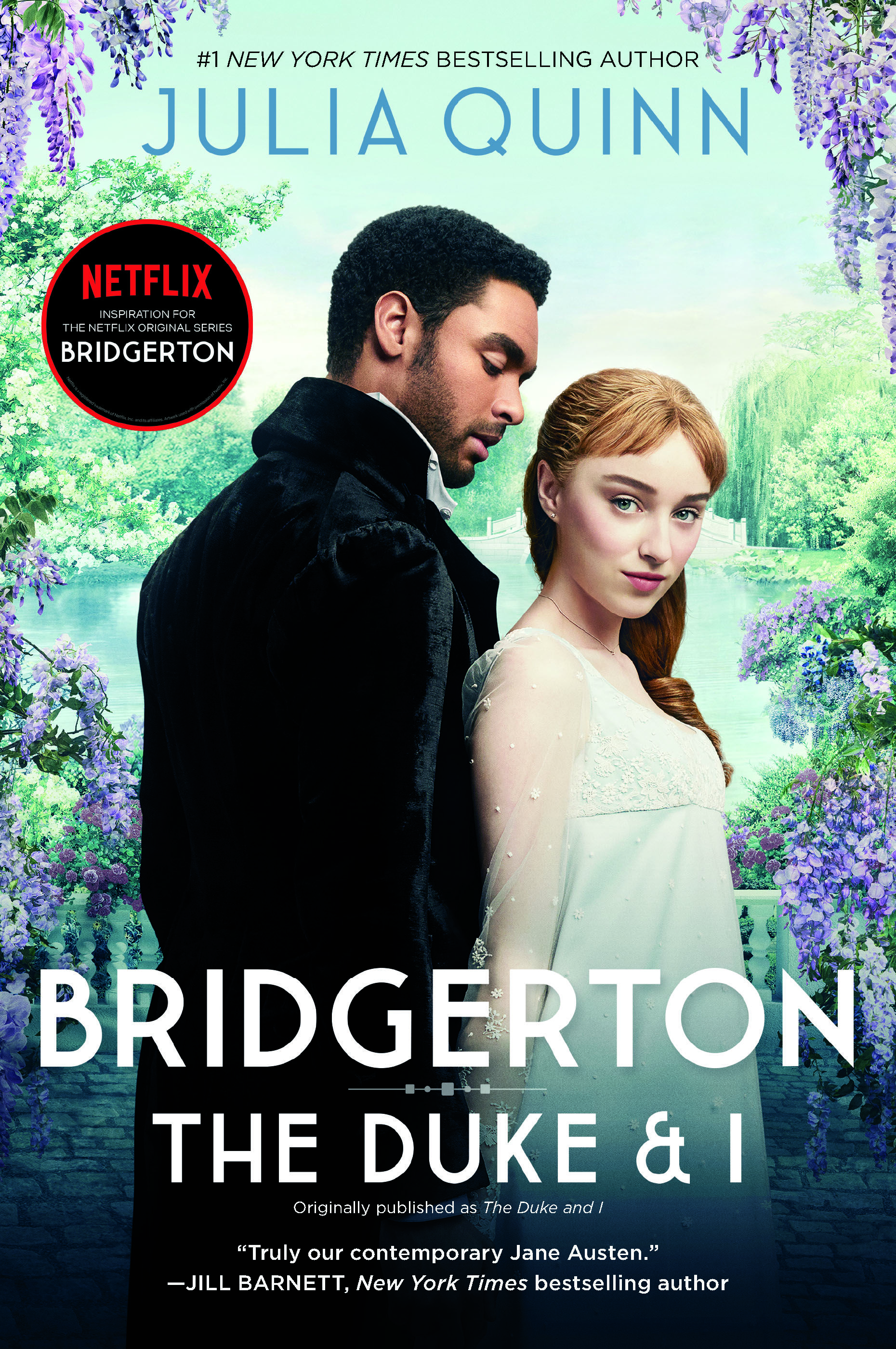