Carol Kirkwood hits back at Charlie Stayt over cheeky age remark ‘You’re the same as me!’

BBC Breakfast paid tribute to former US astronaut Michael Collins who died aged 90, 52 years after being involved in the Apollo 11 mission to the moon. However, as Charlie Stayt and Naga Munchetty discussed Michael’s incredible achievements, Charlie cheekily let slip a remark about Carol Kirkwood’s age as he introduced the weather.

Discussing the former astronaut’s life, Charlie said: “What an amazing life in terms of achievement and a moment in time, that really is something.”

“People had really good things to say about him, those who came across him, too,” Naga added.

Introducing the weather, Charlie continued: “If you’re of a certain age Carol…”

Naga lightheartedly gasped while the weather presenter burst out laughing at his comment. 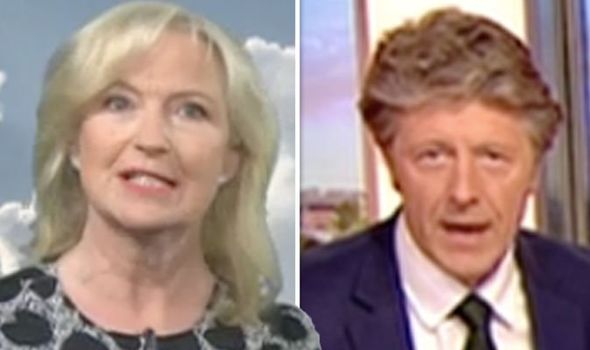 “I’m allowed to say that to you,” Charlie stated. “That moment in time was quite extraordinary.”

“Something we’ll always remember,” Carol replied. “I class you in the same bracket as me for a very good reason.”