BBC Breakfast viewers have seen a number of changes to the show as presenters and producers try to ensure the government’s advice amid the coronavirus outbreak is adhered to. However, when Dan Walker and Louise Minchin announced there had been another shake-up to the show – this time with the weather – Carol Kirkwood couldn’t help but hit out at Louise for her “poor timekeeping”. More to follow…

Dan and Louise have both implemented a number of changes over the last week or so in order to make sure they are complying with government guidelines while hosting the show.

The pair adhere to social distancing rules and sit on opposite sofas while the studio is noticeably quiet and has largely been absent of guests.

On today’s show, the hosts introduced a further measure they were implementing and the change impacted Carol’s weather report.

Throughout BBC Breakfast viewers are usually treated to an update on regional news, travel and weather, however, this has now changed. 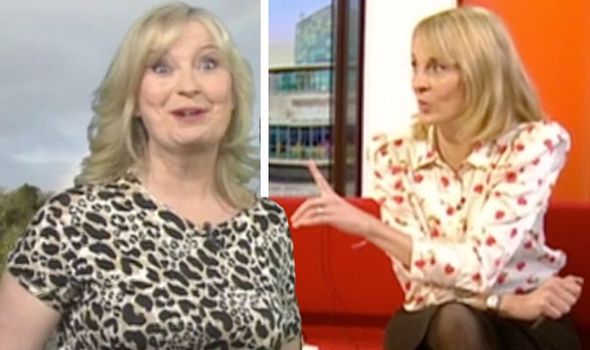 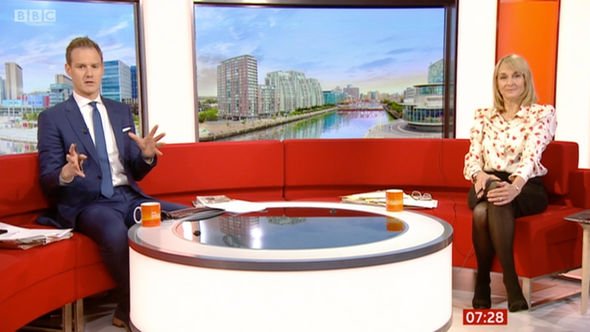 Dan explained: If you just switched on BBC Breakfast, there’s a bit of a change to the way we do the programme this morning.

“We’re having to adjust because of the coronavirus outbreak, right across the way we do TV.

“And one of the things that is changing from today is there’s no regional news, so we’ll no longer be saying – for the moment…”

Interrupting and correcting Dan, Louise clarified: “In the morning, there is later,” to which Dan apologised: “Yes, sorry.” 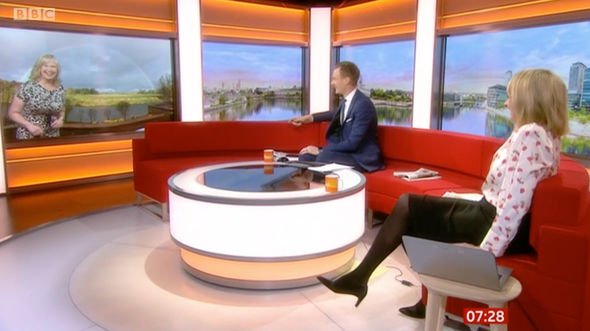 He continued: “We’ll no longer be saying, during this programme time for the news, travel and weather wherever you are because you’ll have to get your regional news – during this show – either online, via the BBC website or via local radio.”

“But instead we have Carol at a new time of 27 and of course it’s 28 minutes past,” Louise added. “Morning, Carol.”

Commenting on Louise’s time-keeping, Carol hit out: “It’s only a minute, Lou, that’s really good compared to what it’s normally like!”

Despite the comment, Carol had a smile on her face to illustrate that she was just joking.

Meanwhile, addressing the change, Carol took to Twitter to share with her fans the new time they can find her on BBC Breakfast.

She tweeted: “I have new times for the foreseeable…. 27 and 57 minutes past the hour.

Fans shared their thoughts on the change, as one wrote: “Too early and too late for me Carol! I’l miss you and my weather updates x.”

While another shared: “Well it’s been a pleasure knowing you Carol its brightened up our tea breaks up for any years, 57 minutes past the hour is just to late for us its fair to me and the the lads are gutted so until maybe you get back to normal its been a pleasure sharing a brew with you thanks.”