On today’s BBC Breakfast, Dan Walker and Louise Minchin brought a fattest bear competition in Katmai National Park to the attention of viewers. One of the bears involved in the competition, and missed out on the title of fattest bear, was named Chunk, which prompted Dan to remember 1985 film, The Goonies.

Louise admitted she felt sorry for Chunk but Dan was distracted as he asked: “Wasn’t Chunk in The Goonies? The old Truffle Shuffle.

“Fantastic! And Sloth! Remember him?”

Looking blankly at Dan, Louise confirmed she didn’t as her presenter concluded: “A fat bear is a successful bear!”

The pair moved on from the segment to talk to Carol Kirkwood who had the latest weather report. 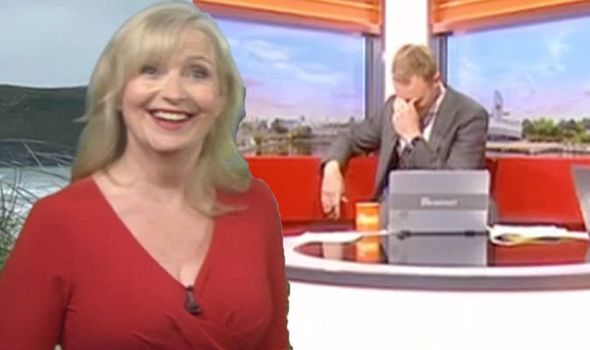 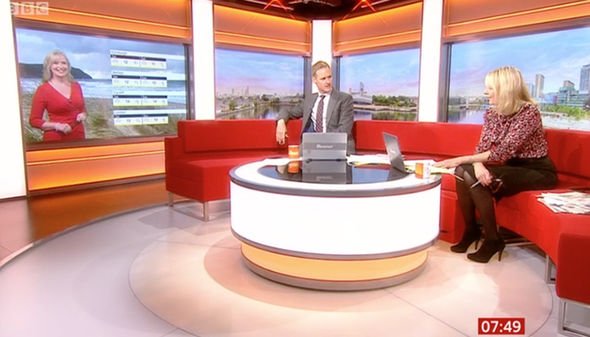 But as the forecast came to an end, Dan was keen to find out if she had also been a fan of The Goonies.

“My question to you Carol, slightly less important but I’m still perturbed Louise didn’t know about Chunk in The Goonies,” Dan remarked.

Turning to his co-host, he asked again: “Chunk in The Goonies?”

He asked the weather presenter: “Carol, Chunk in The Goonies? Truffle Shuffle? No? 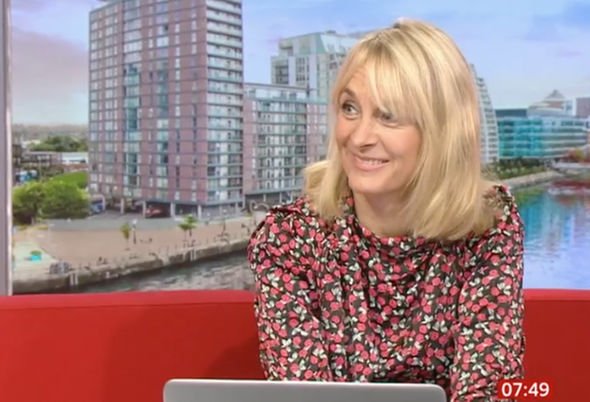 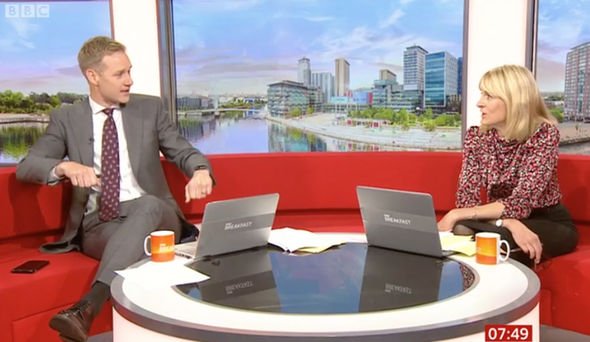 “Sloths? The Fratellis?” he continued.

As Louise laughed, Carol told Dan: “I remember the Hair Bear Bunch,” before adding: “Weren’t they a band?”

“Carol, you’re brilliant,” Louise exclaimed as Dan was left with his head in his hands.

“They’re the villains in The Goonies Carol!” he moaned.

Trying to get his co-hosts to remember the 1985 film, Dan continued: “Remember the little brother on the kid’s bike?”

“When you were watching The Goonies I was probably, you know, writing a dissertation or something,” Louise giggled.

Dan replied: “I’d like to say I could show you a Truffle Shuffle but I’m not sure it’s appropriate at this time in the morning.”

“I only mean that in the age sense,” Louise added.

Many of those tuning into BBC Breakfast were thrilled with Dan’s impression of Chunk and Sloth on the show.

Taking to Twitter to comment, one viewer shared: “Hearing @mrdanwalker’s impression of Sloth from The Goonies has actually just made my day – and it’s not even 8am yet #HeyYouGuys.”

Another asked: “@mrdanwalker how has @louiseminchin never seen the #Goonies #TruffleShuffle #Sloth.”

“@BBCBreakfast what with @carolkirkwood and her dollops of rain and @mrdanwalker and his #Goonies reference. I’ve been thoroughly amused this morning before heading to work,” a third posted.