THE Great British Bake Off turns into a bloodbath on Tuesday night when two celebrity contestants need medical attention in the tent.

Strictly star Joe Sugg, 28, faints into the arms of a paramedic after slicing his finger making a tray bake. 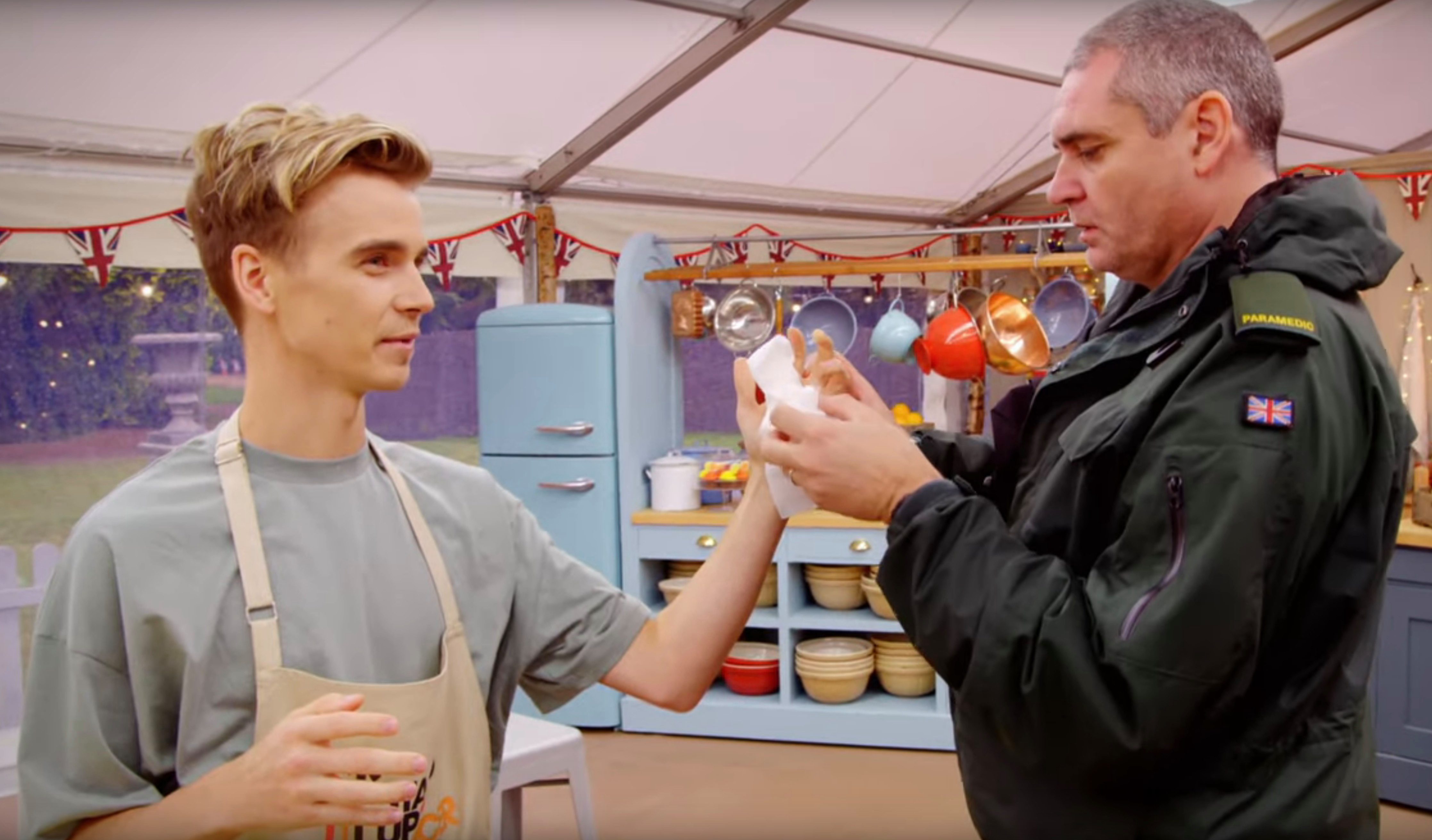 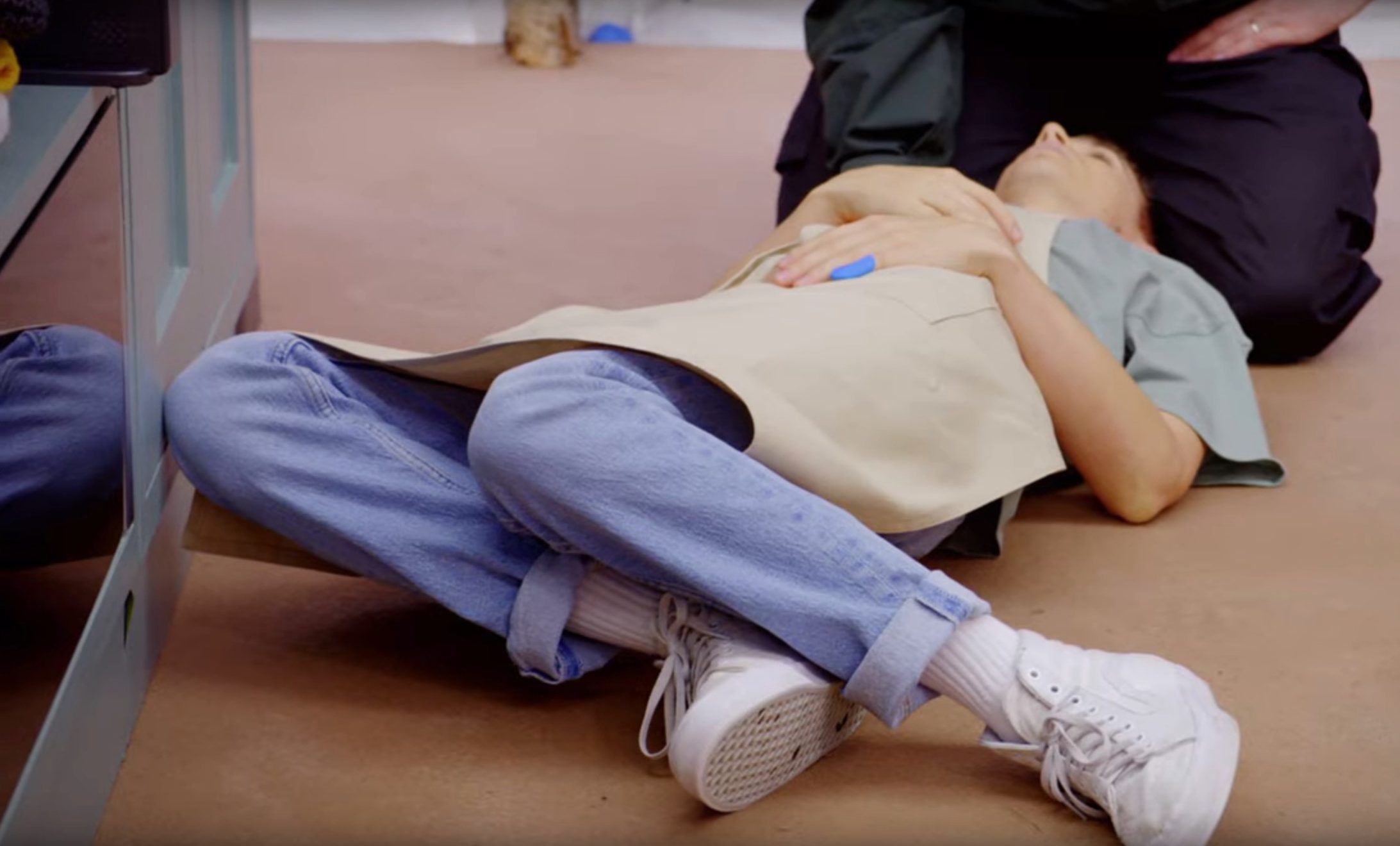 And The One Show host Alex Jones, 44, has a shard of glass removed from her hand after her mixing bowl smashes.

A show insider said: “It was utter carnage and there’s been nothing like it in the history of the celebrity specials. It was a shock they could carry on.”

YouTuber Joe chops the top of his finger moments into the first task, the Signature Challenge.

When he sees the paramedic, Joe says: “I might need to sit outside for a bit.” He then faints. 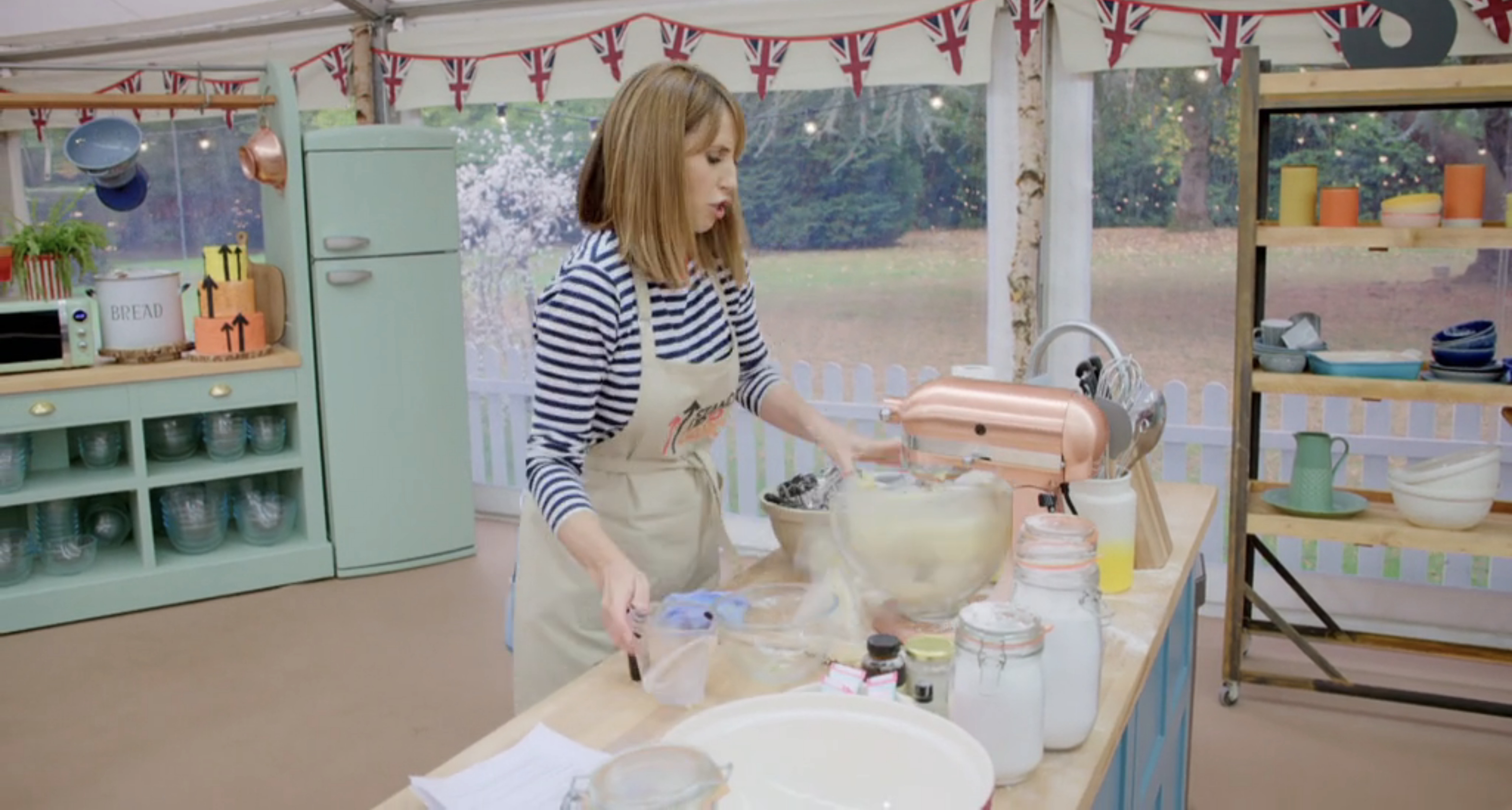 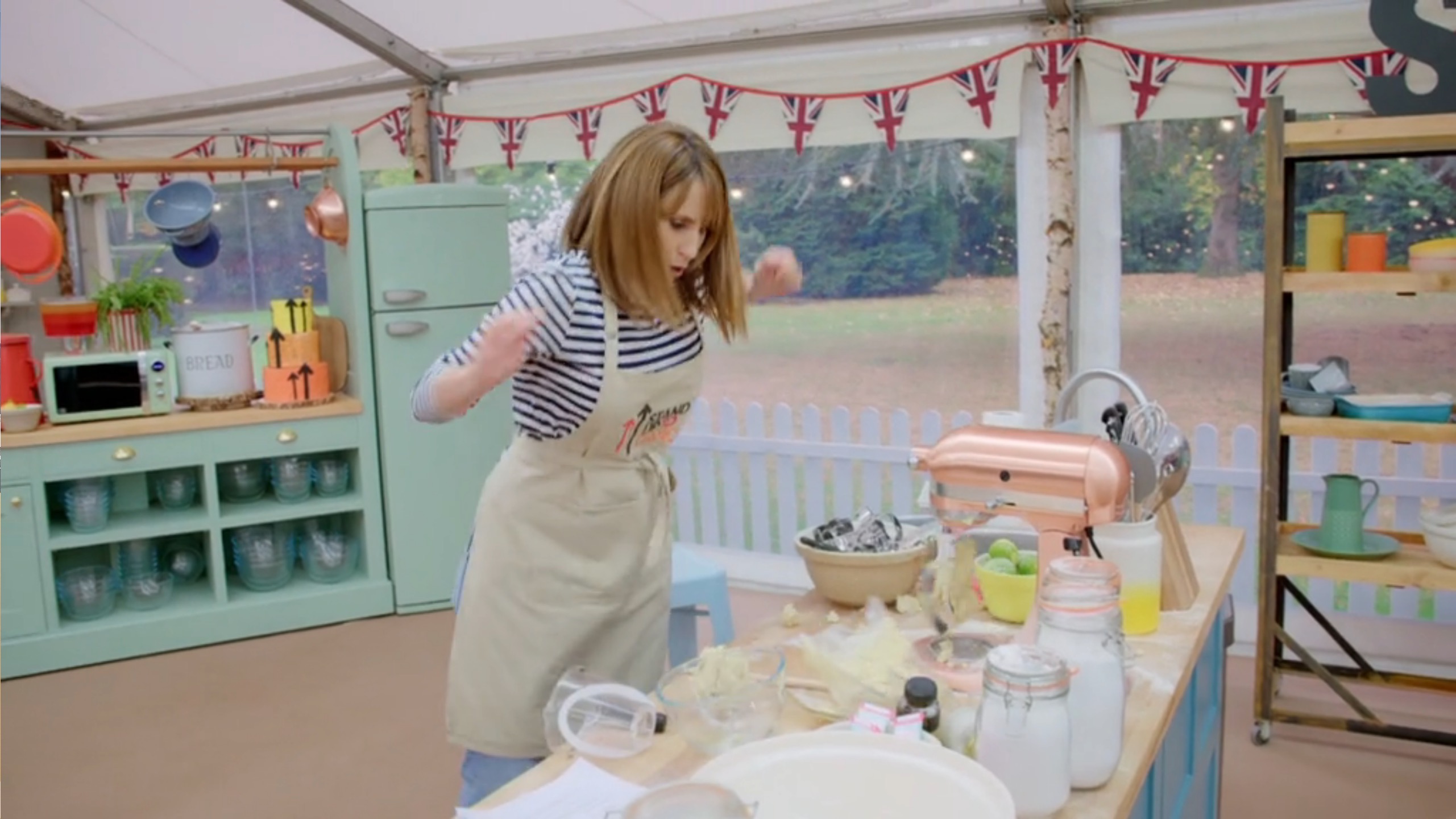 Alex suffers her injury after failing to lock her bowl into an electric mixer.

The glass “shatters into 1,000 pieces” and the Welsh presenter needs stitches.

She says: “I had to go straight off to the paramedic for stitches.

“He said, ‘I’m just going to put in the anaesthetic’ and I was like ‘No, there’s no time for that, I have a showstopper to make, just do it!’”

Singer James Blunt and This Morning presenter Alison Hammond also appear on tomorrow’s Stand Up to Cancer special, on Channel 4 at 8pm — and came away unscathed. 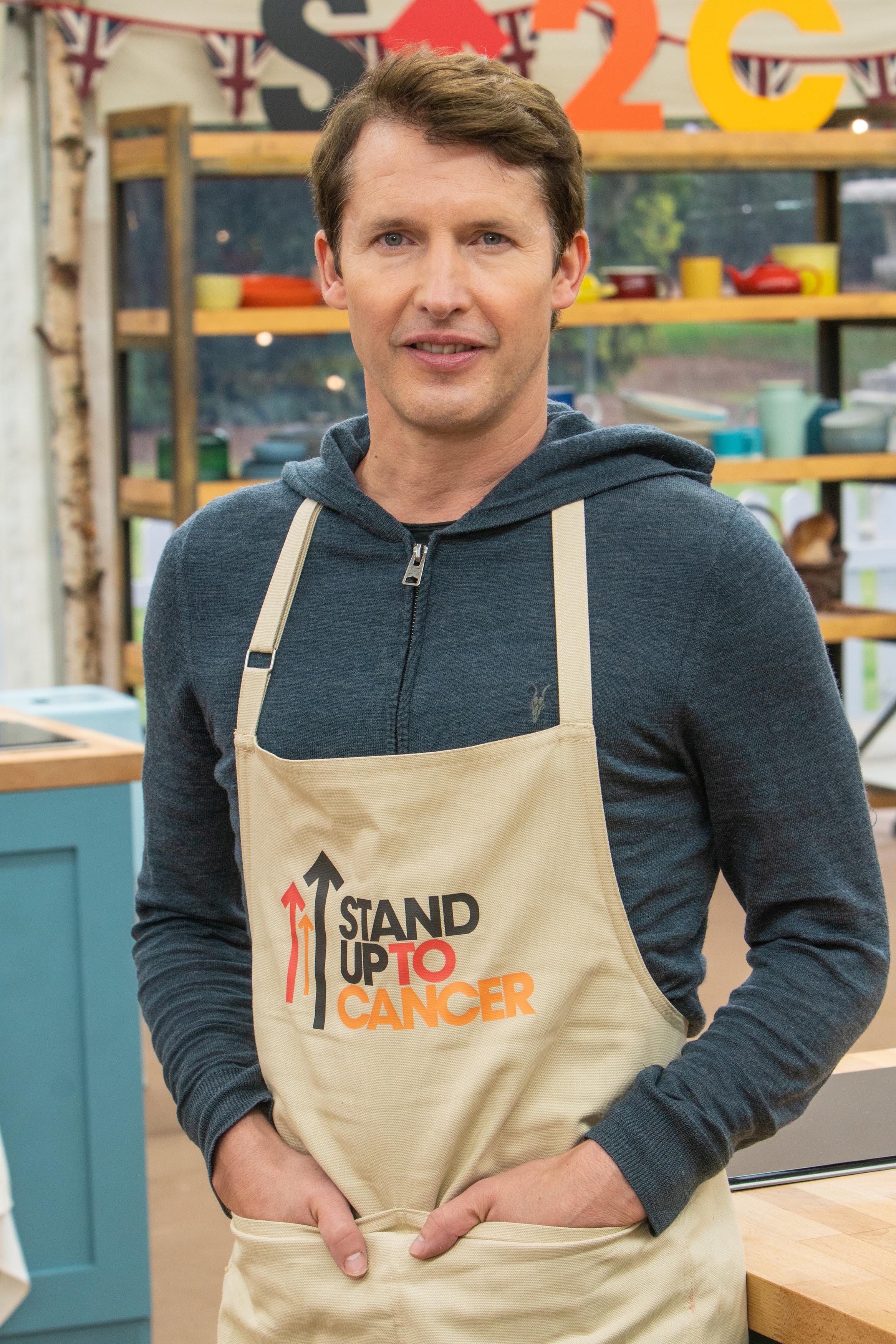