In anticipation of the final episode of Line of Duty, which airs on Sunday, BBC Breakfast hosts Charlie Stayt and Naga Munchetty took part in a sketch as they tried to work out who H was. However, after the clip was broadcast, Charlie claimed he’d been stopped from giving it his all as bosses banned him from trialling out different accents.

The sketch showed Charlie being interrogated by Naga, as she said: “We believe you have information relating to the identity of the high-ranking member of the OCG, H.”

Charlie responded: “I demand to be interviewed by a presenter of at least one rank higher,” a nod towards a line commonly used on the BBC police drama.

Naga said: “DS Stayt, I urge you to cooperate. Hand over your evidence and I’ll let you walk free.”

It concluded with Charlie handing over “evidence” and saying: “BBC Breakfast viewers have concluded that H is….” 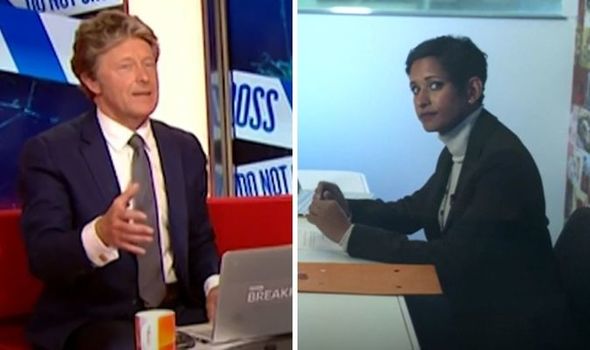 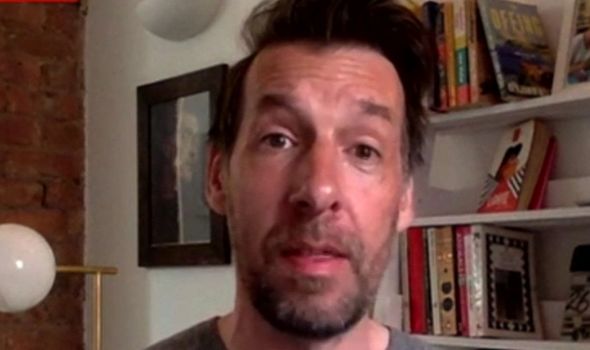 Back in the studio, Charlie made it clear he wasn’t pleased with the limitations imposed on his acting for the comedic clip.

Joking about Naga’s expression in the final scene, he commented: “Just remind us of that face at the end there.”

“No, it doesn’t matter!” Naga said. “I hope you enjoyed it,” she told viewers.

Charlie explained: “Can I point out I was banned from using my vast array of accents and different genres of acting, I was banned! 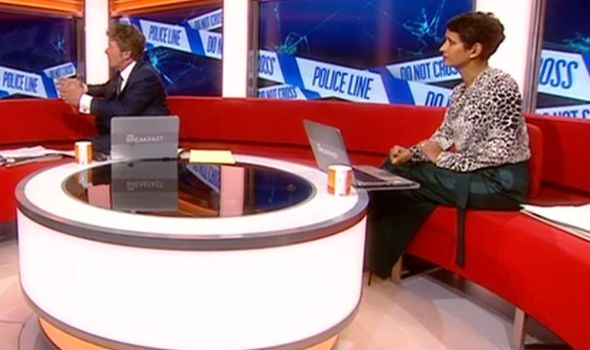 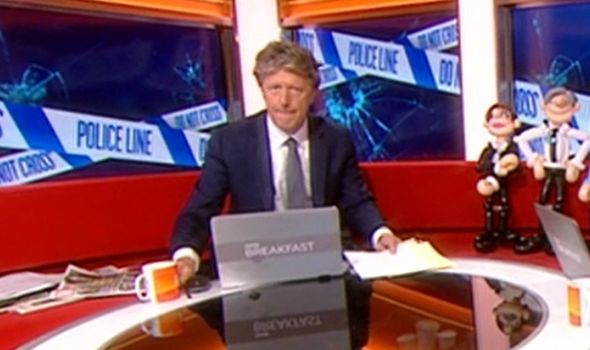 “So if you thought the performance was a little low-key, literally I was told I can’t do it.”

The sketch came ahead of the final highly-anticipated episode, with the penultimate instalment seeing a record-breaking ratings of around 11 million people.

Former star Craig Parkinson, known for his role as Dot Cottan, also appeared on BBC Breakfast and warned viewers to “be prepared”.

An array of theories are circulating about what could happen in the last episode, whether or not there will be a seventh series and who H could be.

Almost every character in the show has been under the microscope with viewers at some point as potentially being the mysterious head figure of the OCG, but with so many credible theories out there, it’s impossible to take a real guess as to who it could be.

AC-12 interviewed Jo, but she didn’t give much away, repeating “no comment” as she was questioned.

Many suspect Patricia Carmichael (Anna Maxwell Martin) could be H, especially after she kept steering the line of questioning away from the OCG during Jo’s interview.

Teasing the ending, Craig told viewers: “If you’ve been invested since season one and emotionally invested in our main trio of Kate, Steve and Ted then… yeah be prepared on Sunday. I would say be prepared.”

Line of Duty concludes on Sunday at 9pm on BBC One.