The hosts for BBC Breakfast can change at the weekends, but usually, viewers will see the familiar faces of Naga Munchetty, Charlie Stayt, Jon Kay, Sally Nugent, and Rachel Burden, who regularly present the weekend programmes. However, on Sunday, Charlie was absent from the programme and was replaced by Chris Mason, who joined Sally on the red sofa.

Chris, who rarely presents on BBC Breakfast, took to Twitter ahead of the programme to let his followers know he would be on the show.

He penned to his 160,000 followers: “On @BBCBreakfast first thing: the latest on Christian Eriksen. @adamfleming & @bbclaurak at #G7Summit2021, @RoyaNikkhah on The Queen meeting Pres Biden, Prof Sian Griffiths & @drwilliambird on Covid.

“Plus @JohnWatsonSport at Wembley & @BenMBoulos at a lido in the sunshine!” (sic).

Chris began his career as a trainee reporter in broadcast journalism for ITN in 2001. 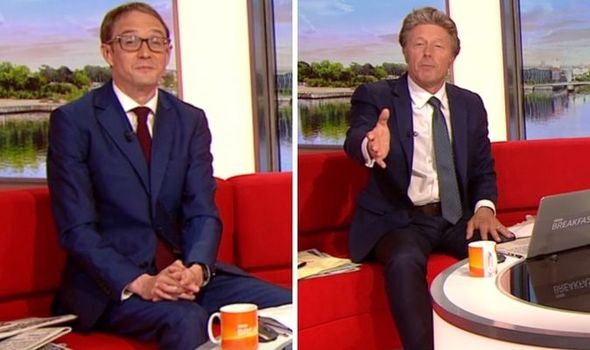 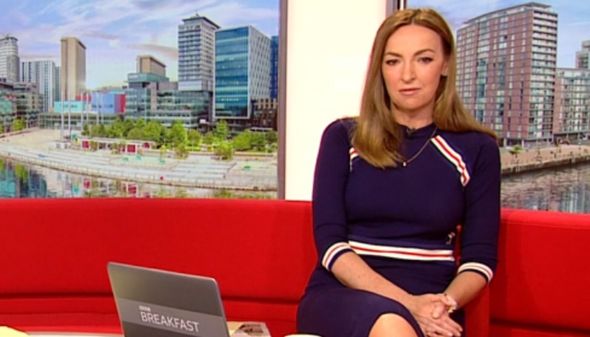 After a year, he was relocated to BBC Newcastle before moving to the BBC regional desk at Westminster.

He later went on to become a political correspondent for BBC News.

He also presented the podcast and television programme, Newscast, as well as the radio show Any Questions.

Chris is also an occasional host at BBC Breakfast when the regular presenters are busy with other commitments. 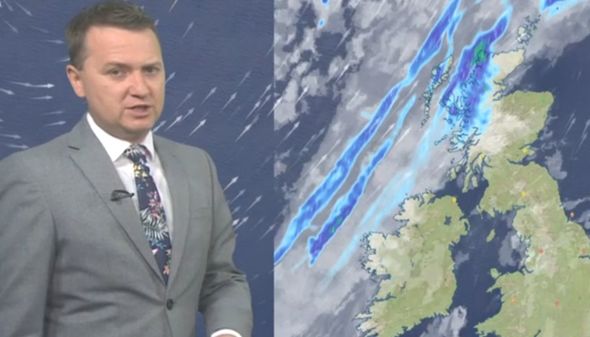 Chris was joined by Sally, who usually presents the Sunday instalment with Charlie.

Chris continued: “Our headlines today. Denmark player Christian Eriksen is in a stable condition in hospital after needing life-saving heart treatment during the European Championships.”

Sally said: “Ahead of a decision about lifting coronavirus restrictions in England.”

“The Prime Minister urges caution,” the host added. “With the possible delay of up to four weeks.”

Chris concluded: “The President who came to tea.

“The Queen will welcome Joe Biden to Windsor this afternoon.”

Meanwhile, meteorologist Carol Kirkwood, who has spent more than 20 years at the BBC and usually presents the weather forecast, was also absent from the show this weekend.

If Carol is unable to host at the weekend, newcomer Owain Wyn Evans often steps in to give the latest weather news.

In recent weeks, there has been a shake-up of the weather presenting line-up during the weekend instalments, as Louise Lear has also recently stepped in to host the forecasts.