Yasmeen Nazir (played by Shelley King) has been oblivious to her husband’s manipulative and cruel behaviour on Coronation Street. In recent scenes, the Speed Daal chef finally stood up to him after discovering seedy emails to prostitutes which proved he’d been cheating on her. However, Geoff Metcalfe (Ian Bartholomew) continued to exert control over his wife and threaten to take his own life if she left him.

A terrified Yasmeen insisted she was leaving Geoff after admitting she felt scared but the twisted pensioner refused to let his wife walk away.

“Don’t be surprised if I’m dead when you get home,” the Speed Daal owner viscously threatened in a text.

Worried he would take his own life, Yasmeen rushed back to the house with her granddaughter Alya Nazir (Sair Khan).

However, Geoff was nowhere to be seen and the pair were horrified to discover a smashed photo frame on the table covered with drops of blood. 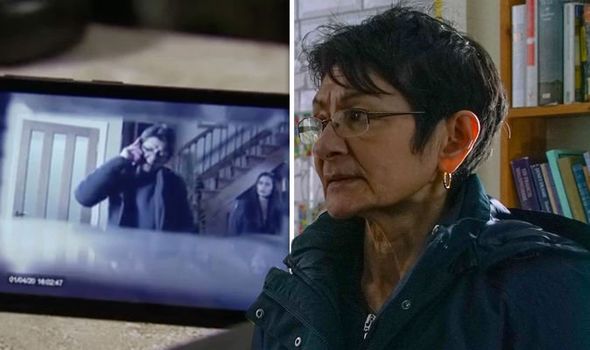 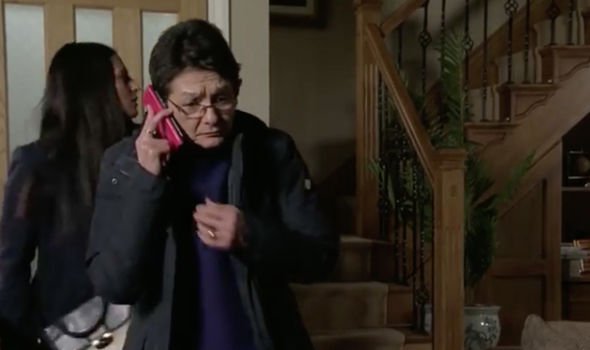 Yasmeen relayed her fears to Alya that her husband had taken his own life just like he had warned.

As the Speed Daal chef frantically tried to call her husband, viewers caught a glimpse of just how twisted Geoff really is.

While Yasmeen panicked at home, Geoff watched her from the pub after setting up a hidden camera in the living room.

However, in light of Geoff’s evil behaviour which included forcing Yasmeen to clean the house regularly, viewers couldn’t work out how the chef hadn’t discovered his camera. 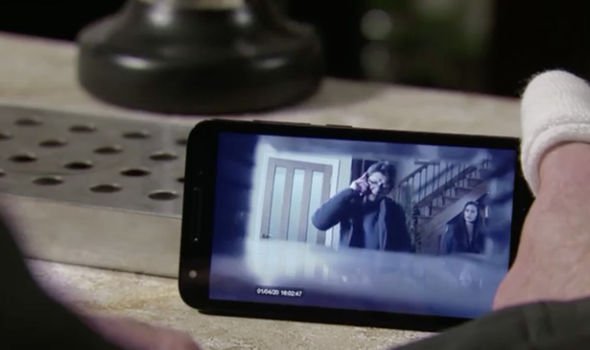 One said: “Why hasn’t Yasmeen found any of Geoff’s hidden cameras if he’s been making her clean the house from top to toe?”

While a second asked: “Wait a damn second @itvcorrie aren’t Geoff and Yasmeen ocd power house cleaners? So why has Yasmeen never found that hidden camera???”

Someone else shared: “Coronation Street is starting to really f****g annoy me. Yasmeen cleans absolutely everywhere and you are telling me she hasn’t spotted that damn camera?

“Make it make f*****g sense if you’re going to do a story like this #CoronationStreet.”

“How the hell has Yasmeen still NOT uncovered Geoff’s hidden camera? Cleary she must NEVER clean the b****d living room?” another raged.

Meanwhile, when Yasmeen decided to stay at home, a furious Alya delivered some harsh home truths before storming off.

The frustrated granddaughter hit out at her grandmother for believing Geoff’s lies and refusing to come with her.

Geoff then strolled through the front door claiming he was “nothing” without her and that he’d only scratched his finger on the photo frame.

But, the chef felt something didn’t quite add up and told her husband she would be sleeping in the spare room as she came to terms with his cheating.

Geoff headed out to get some food and viewers watched as Yasmeen reached out to the police to find out how she could access information on her husband under Clare’s law.

Will this be the wake-up call Yasmeen needs or will Geoff emotionally manipulate her once more?