Corey Brent (played by Maximus Evans) was involved in the attack on Seb Franklin (Harry Visioni) and Nina Lucas (Mollie Gallagher) which resulted in Seb’s tragic death. The Coronation Street resident has no idea Asha Alahan (Tanisha Gorey) is plotting his downfall but her plan may end in Corey’s death if their relationship continues to mirror Geoff Metcalfe (Ian Bartholomew) and Yasmeen Nazir’s (Shelley King) abusive marriage.

However, Asha has been secretly gathering evidence against her boyfriend.

ITV soap fans will remember Yasmeen was concerned about Asha and Corey’s relationship when she noticed his controlling behaviour earlier this year.

Asha split with Corey and moved on with Nina but reunited with him when she was subsequently dumped herself.

Yasmeen is slowly repairing her life after failing to save Geoff from falling off the roof of her house. 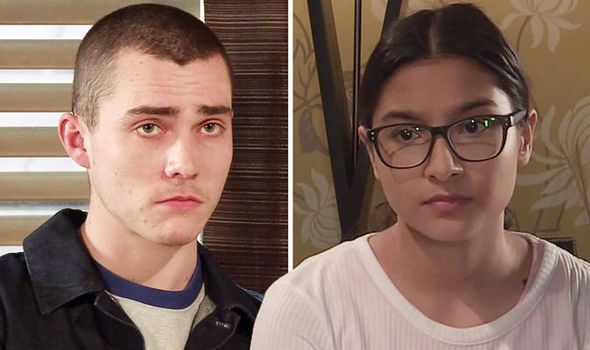 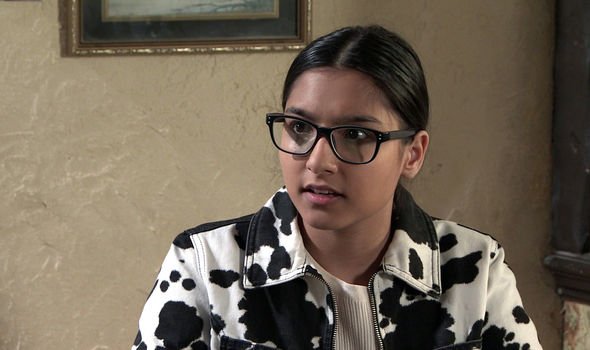 However, Corey star Maximus has hinted his own storyline may mirror that of Geoff’s.

Speaking to Express.co.uk and other press, the actor admitted viewers have made several comparisons.

Maximus revealed: “He’s a very controlling person and people are comparing him a lot with Geoff which is brilliant because people are instantly acknowledging Corey as the villain of the story, which is great.

“And to be put in the same category of what Ian did with the character is brilliant for me as an actor. “What we’ll see I think with Asha is she is starting to crack I think as soon as the police get involved,” he continued. 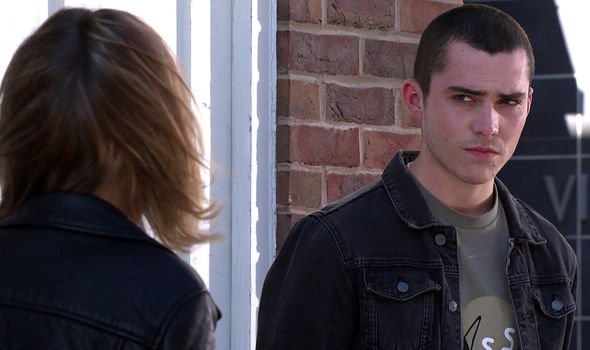 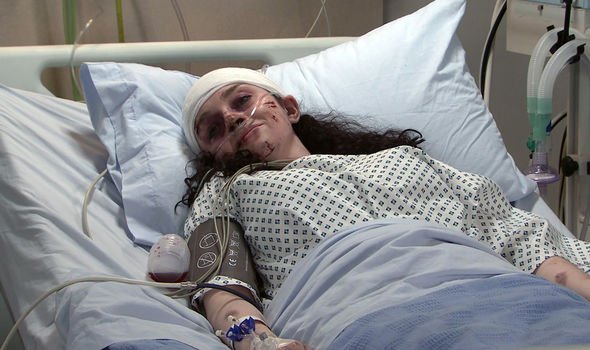 “That’s when she kind of tries to get herself away from it, but because he’s so controlling, I wouldn’t be surprised if Corey somehow manages to reel her back in.”

Will Corey realise Asha has betrayed him and attack the schoolgirl before she can speak to the police?

Asha may accidentally kill the manipulative resident in similar circumstances to Geoff’s death.

Meanwhile, Maximus opened up on how viewers will see Corey change in the coming episodes.

“What we’ll see is all dependent on who he is interacting with,” Maximus said.

DON’T MISS
Piers Morgan signs up to I’m A Celebrity after GMB exit? [ODDS]
EastEnders spoilers: Bailey Baker taken away by social services? [SPOILER]
A Place in the Sun guest in tears as she’s scolded for ‘cheeky’ offer [VIDEO]

“I think especially when he’s with his father, there’s that kind of a power shift and he’s confident that his dad can help him out because of his privileged upbringing.

“It’ll be interesting, especially in the coming weeks to see how he responds to being with somebody like Asha, or how other people on the street respond to him because ultimately, he’s on his own.”

Will Asha continue with her plan to take down Corey or will he manipulate her into standing by him?

“I auditioned for Corrie a couple of times throughout the years, and actually got very close to playing Seb when that roll first came up.

“I actually screen-tested for Seb and I said this to Harry before it was quite funny, but it’s really full circle now.

“It was around two years ago I had the audition for Corey and at first I didn’t really know how to think about it because I wasn’t in high school at the time.

“I didn’t feel like I was a student at the time and because the character was younger and I am quite tall I thought it might look a bit silly in a school uniform.

“But it has been nice to get that role and use that childhood innocence, with the character as well, and using what I’ve experienced myself throughout education in high school.”

Coronation Street airs on Mondays, Wednesdays and Fridays on ITV at 7.30pm.