Leanne’s (played by Jane Danson) relationship with Nick (Ben Price) has been on a knife-edge since the latter dropped his support to keep Oliver (Emmanuel and Jeremiah Cheetham) on life support after the youngster was diagnosed with mitochondrial disease earlier this year on Coronation Street. Scenes airing on the ITV soap later this week will see the mother-of-one say a heartbreaking goodbye to her son after agreeing to let him die peacefully. However, with tensions still bubbling away between the two on the day of the toddler’s funeral and the fact the pair have been so distant, the Underworld Factory boss could reveal he has been seeking comfort from another familiar face on the cobbles.

The drama kicks off next week when funeral director George Shuttleworth (Tony Maudsley) arrives to help plan the youngster’s send-off.

Wanting to get everything right, Leanne frantically reels off her plans to say goodbye to Oliver, leaving Nick feeling more pushed out than ever.

Later on, he is joined by Tracy Barlow (Kate Ford) in the café, where he tells her what the youngster’s mother is up to.

Fearing her husband and the toddler’s father Steve McDonald (Simon Gregson) should be helping out, she heads home to tell him he needs to play a part in the arrangements.

Unfortunately, the father-of-four is reluctant to listen to his wife and showing little interest, heads back to bed. 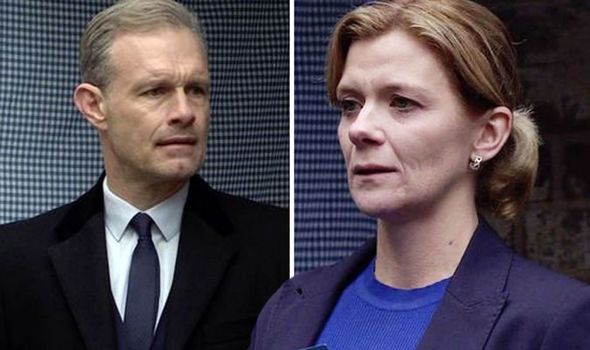 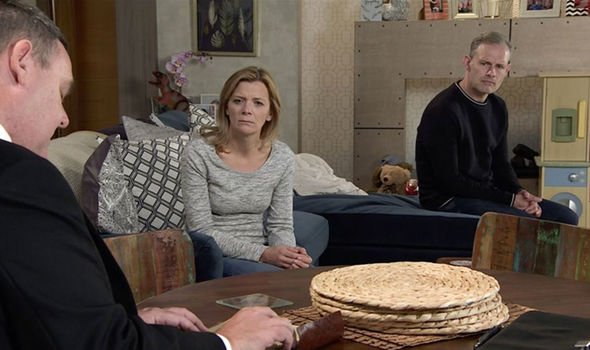 As Tracy begins to feel sidelined by her spouse, Nick is surprised when Leanne offers some gratitude and says she will welcome his support at the funeral.

The grieving mother then tells him they need to work through the details of their separation once Oliver’s send-off has taken place.

With the worst day of her life on the horizon, the toddler’s mother arrives at No.1 to go through the plans with Steve’s wife.

Wondering where her son’s father is, the former legal secretary is told he wouldn’t ever miss the youngster’s funeral. 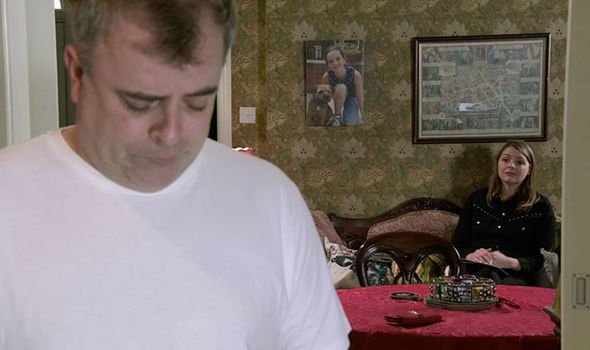 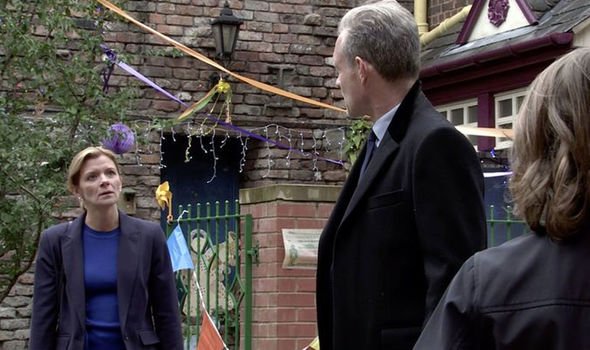 Tracy desperately tries to get through to her husband but at the same time, Nick presents his partner with a memory box of Oliver’s keepsakes.

With Leanne touched by the support, Steve’s wife decides to decorate Victoria Garden for the memorial service, worried there is no sign of her husband.

The soap stalwart is completely unaware her spouse has gone to visit the old room where his son passed away the week before.

However, he is plagued with sad memories as the taxi driver discovers another ill child is now occupying the room.

With both their partners pushing them away and needing some support through their own grief, Nick and Tracy could spend a night together.

It will leave everybody permanently changed

Not wanting the repercussions of their rendezvous to spill out, the pair could agree to keep their dalliance a secret from their respective partners.

Unfortunately, it could be harder for the factory boss as Leanne takes aim at him once more on the day of Oliver’s memorial service.

When she spots her partner’s son Sam Blakeman (Jude Riordan) hovering outside the gardens, she loses her rag with the father-of-one.

Unable to keep his emotions at bay any longer, Nick could tell Leanne and the rest of the mourners he slept with Tracy.

This would ultimately strain his own tired relationship with the grieving mother and unsettle things between Steve and his wife.

Executive producer Iain MacLeod previously teased the partners of Oliver’s parents could grow closer as their respective others work through their pain together.

Speaking with Express.co.uk and other publications, the soap boss said: “The difficulty for Nick, Tracy and other people is that they start to feel slightly shut out from that little triangle of Steve, Leanne and Oliver.

“It makes you the worst person in the world if you express that, so the difficulties for Tracy and Nick are to try and find the best way through for the person they love – while simultaneously feeling left out in the cold slightly.

“It’s a really complicated, emotional family story at its core. In the end, it will leave everybody permanently changed.”