Coronation Street spoilers: New family to arrive in No 9 as Tyrone sells, forcing Fiz out?

Coronation Street fans have seen fan favourites Fiz Stape (played by Jennie McAlpine) and Tyrone Dobbs (Alan Halsall) drift further and further apart in previous months. Of course, it came after the mechanic decided he didn’t love Fiz anymore as he had fallen in love with Alina Pop (Ruxandra Porojnicu) and in recent scenes, the new couple have made headway. Next week, ITV viewers will tune in to see another development that could change the dynamic of the Street; as the family leaves No.9, could another arrive?

Last month, Tyrone was furious when he was effectively barred from seeing Hope (Amelia Flanagan) and Ruby (Macy Alabi).

At the present time, Fiz felt Tyrone wasn’t fulfilling his duties as a parent after she was left to cope with an upset Hope who was seen running away from school and lashing out at her cousin, Joseph.

With Hope being obviously affected by Fiz’s relationship break-up, those watching at home saw Tyrone pass off the responsibility of talking to her to Fiz, suggesting she was better equipped to deal with the situation.

Instead, he was more preoccupied with his new girlfriend Alina, with who he had just shared a romantic night away in Knutsford. 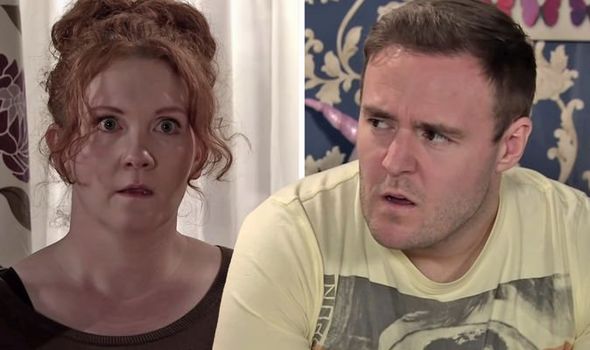 After Alina suggested Tyrone go and speak to his children, Corrie fans saw him attempt to unlock the front door, to no avail.

And when Fiz opened the door to find out what the scratching was about, she ended up face to face with her ex who demanded to know whether she had changed the locks.

Now it seems the bitter feud will go one step further with the house being sold from underneath Fiz’s feet.

In upcoming scenes, Tyrone presses Alina further about them living together and having their own place.

But the beautician makes her feelings clear; she’s not ready to look for a new flat, especially when the salon flat reminds her of Seb Franklin (Harry Visinoni).

Tyrone is understanding of Alina finding the flat comforting and suggests they stay put for a while. 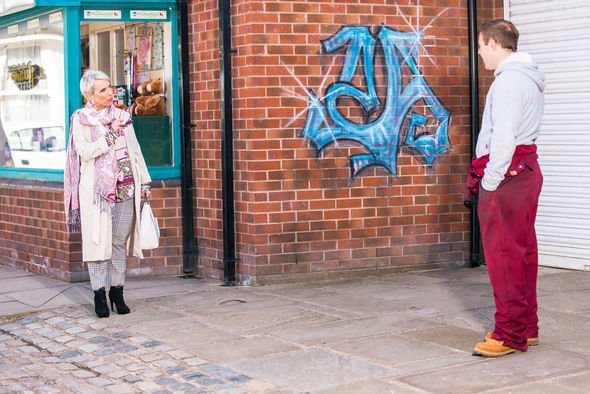 However, their plan is thwarted by Debbie Webster (Sue Devaney).

Coronation Street viewers will see Tyrone bump into Debbie on the Street and she announces she is planning on selling the flat and as a result, Tyrone and Alina need to move out.

The mechanic is left flustered, wondering how he is going to break the news to his girlfriend.

Luckily, Debbie has a lifeline for them; the first refusal on the salon flat if he wants to buy it.

After crunching a few numbers, Tyrone realises he cannot afford it outright and would need a loan to bridge the gap. 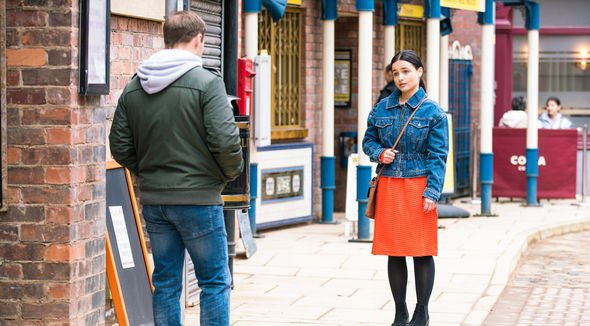 He pulls Kevin Webster (Michael Le Vell) to one side and asked him whether he would lend him £8,000 towards a deposit on the flat.

It is not know what Kevin’s response it, but either way, it seems Tyrone has promised Alina they will find the money to buy the flat.

And when she bumps into Emma Brooker (Alexandra Mardell), Alina tells her flatmate she is welcome to stay as long as she likes because she and Tyrone are going to become owners.

It isn’t long before word spreads and Emma is the one to tell Fiz about Tyrone and Alina’s plans.

Stunned by the news, Fiz starts to fret about the finances and whether Tyrone will have to sell the house on the Street to fund his new flat for Alina. 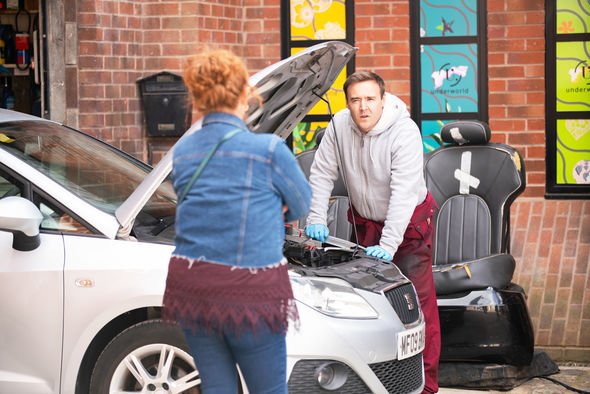 Should this be the case, Fiz and her two daughters might have to find somewhere else to live.

And with Jack and Vera’s former house sitting empty, perhaps this will make way for a new family to arrive in Weatherfield?

It comes after the actor who plays Tyrone spoke out about how his character is always putting everyone else first, and not himself.

“Tyrone always puts what he thinks is right, first and not himself [first],” Alan said. “Tyrone has done that most of his life – he would often put people before himself.

“He’s trying to do the best for his family and that is very much a character trait of his, but he feels like it’s something [moving out and leaving Fiz] he needs to do for himself.”