Corrie’s Iain MacLeod reveals why he connected Nina and Roy 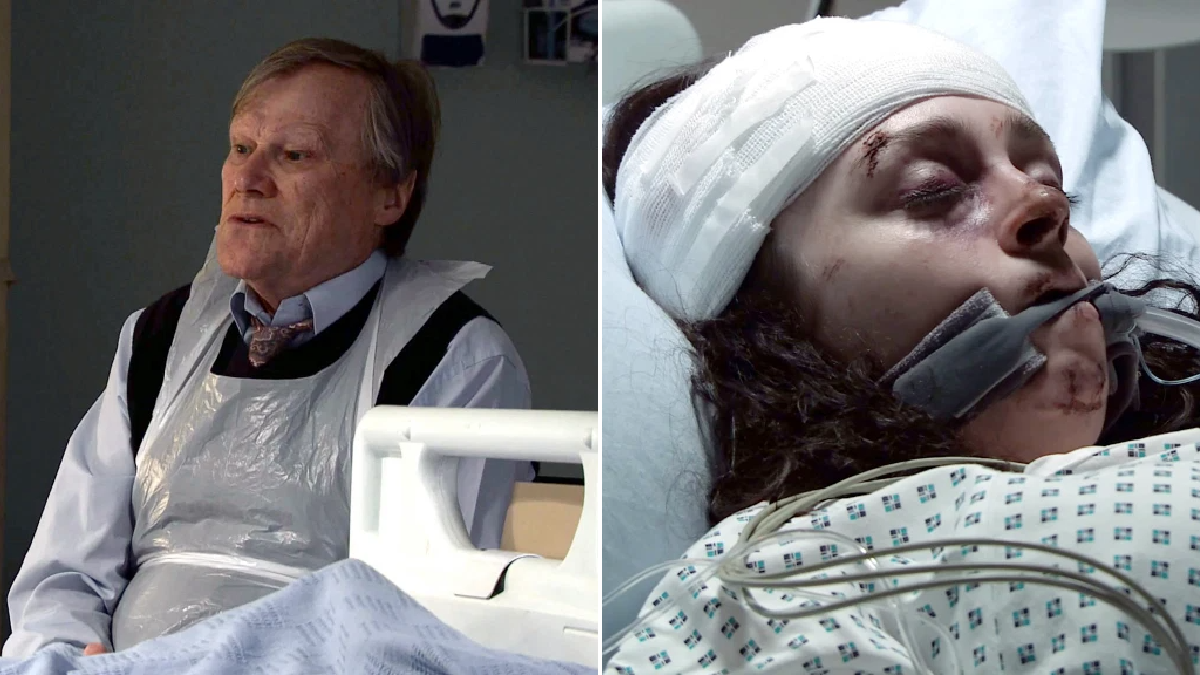 During the scenes in Wednesday’s edition of the ITV soap, multiple comments were made towards Nina’s Victorian Goth identity, and this isn’t the first time it’s happened.

Ever since Nina arrived and was taken in by Roy (David Neilson), he has been there to support her through the cruel comments that have been made about her sub-culture.

Of course, Roy is no stranger to coming face to face with people that don’t accept someone for who they are. Back when his beloved wife Hayley (Julie Hesmondhalgh) was in the show, she and Roy were exposed to the intolerance towards Hayley being transgender.

Roy and Nina’s relationship has blossomed over the duration Nina has been in Weatherfield, and as the aftermath of this attack continues, Coronation Street boss Iain MacLeod spoke to Metro.co.uk and has revealed more on creating a character like Nina and attaching her to someone like Roy:

‘We really wanted to make Nina somebody that was connected to Roy. In his relationship to Hayley he was exposed to quite a lot of intolerance as well, so it felt like he was somebody who had the right level of life experience to be Nina’s guide through this romantic faze of the story and into the more difficult fazes to come.

It felt like Roy’s world views are really interesting and his protectiveness of Nina, who is his one remaining family member. So attaching her to Roy was a very deliberate stepping stone in telling this story.’

‘In fact as far back as the introduction as Nina, we knew the this was the direction the story was going to take’ Iain added when discussing the planning for Nina’s character and this hate crime storyline.

‘It all began with the death of Roy’s mother some years ago now and it sort of lead to the point where we brought Nina in specifically with a view of embedding her in the show and viewers to get to know her and fall in love with her and understand her relationships with everyone on the street and Roy.’