After Labour Party leader Sir Keir Starmer sat down with Piers Morgan for an hour-long chat about his personal life on ITV’s Life Stories, Good Morning Britain’s Adil Ray and Ranvir Singh were joined by guests Nero Ughwujabo and Emily Hewertson to discuss whether other politicians should follow suit. And during the debate, it didn’t take long for Ray and Singh to ask whether Boris Johnson should outline personal details of his own, particularly on the number of children he has after speculation hit headlines last year.

Kicking off the debate, Ray asked his GMB guests: “Opening up like that, is it the new way forward for politicians, do you think they should be doing more of that?”

Ughwujabo, who was former advisor to Theresa May, weighed in: “I think people have come to value authentic leadership.

“And that requires from my perspective a great deal of openness and engagement and I think people want to see that their politicians have an understanding of the experiences that they have.

“So sharing a bit of your lived experience is incredibly important in being able to connect with the general public and your followers and putting your message through.” 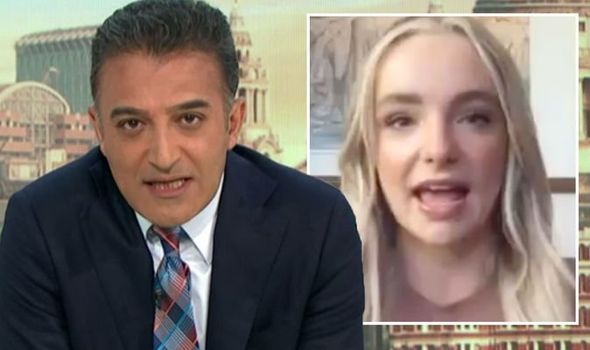 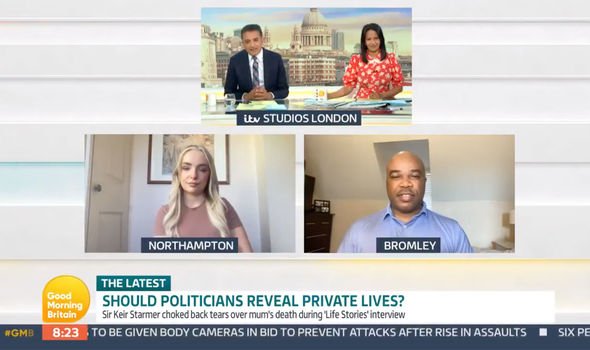 However, it soon became clear Hewertson was of the opinion that the public is more driven by effective policy rather than personal details from home.

When Singh suggested Mr Johnson lived a “dramatic” life which many couldn’t relate to, the guest hit back: “I think it acts as a distraction if you go too far into their private lives.

“They should be judged on their policies –  for example, I’d rather be discussing if Keir Starmer is a good leader of the opposition today.”

Ray then jumped in to suggest Mr Johnson should address the nation to come clean about question marks that have surrounded his personal life, particularly the number of children he has. 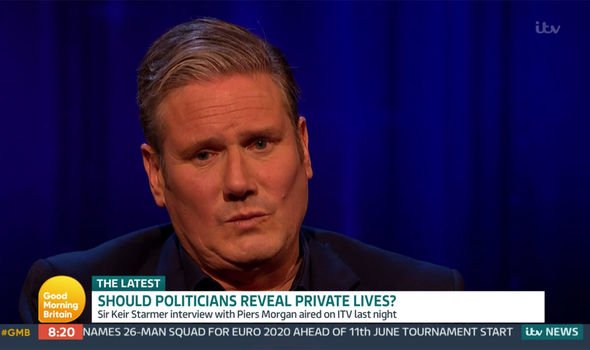 “Boris Johnson should be setting an example,” he said. “Yet we don’t know how many children he’s got.

“It feels like a trivial matter – but should the Prime minister tell the nation?”

Hewertson promptly shut down the line of questioning, telling Ray: “His family are entitled to a private life.

“While he chose to be prime minister his family certainly didn’t – it was a massive storm in a teacup which didn’t resonate with the electorate.

DON’T MISS:
Ranvir Singh hits out at Gavin Williamson – don’t you feel embarrassed
‘Nothing I said is psychotic!’ Adil Ray loses it at GMB guest
This Morning FURY over ‘disgusting’ comments of Boris wedding

“I don’t think people could care less about how many children Boris Johnson has.”

Hewertson went on to add: “Gone are the days are this idea of a perfect candidate – nobody’s perfect, everyone makes mistakes in their private life.

“I think it’s really good that he didn’t stand up to the mob when there was so much pressure for him to reveal how many children he had.

“He’s stood by his principles – he stood firm and said ‘this is me, take it or leave it.’”

And responding to the debate, it many appeared to side with Hewertson’s stance, with one saying on Twitter: “Absolutely not….watched a bit of the interview, and felt it was really shallow. Piers interrupted as usual, even though edited! An hour talking about Labour policies and how they’re going to be funded would have been far more useful and interesting! Move over.”

A second agreed: “No. I found last night’s interview with Keir very cringe-worthy.”

While a third added: “I don’t care about their personal lives, that isn’t the reason they were elected.”

However, a fourth suggested: “Before anyone runs for public office, there should be a comprehensive background search. If nothing comes up, you can run for office, any dirt or hint questionable behaviour you’re out. And once elected, MUST attend all sessions, miss one, you’re out.”

Good Morning Britain continues weekdays at 6am on ITV.