Criminal season 2: Katherine Kelly speaks out on critical scene ‘Made me catch my breath’

Criminal returned with a bang with another set of well-known guest stars ready to play suspect in some shiny new episodes. The season’s second episode saw Game of Thrones favourite Kit Harington pitted against Detective Tony Mysercough (played by Lee Ingleby) and DCI Natalie Hobbs (Katherine Kelly) as they tried to work out whether he is truly guilty of an alleged sexual assault, which leads to an interesting verdict. Now, one star of the show has explained just how impactful she felt one part of the episode was to her.

The show’s second season has been a huge hit with viewers and has quickly become one of the most-watched programmes on the streaming service this month.

And one episode which has proved particularly thought-provoking with fans was based on the issues of consent and sexual assault.

The Kit Harington-fronted instalment saw his alter-ego Alex, a high-flying city worker, accused of rape by a colleague, which he insisted he was innocent of.

And speaking to Express.co.uk and other press, DCI Natalie Hobbs star Katherine Kelly has spoken out on how she felt about the memorable scenes. 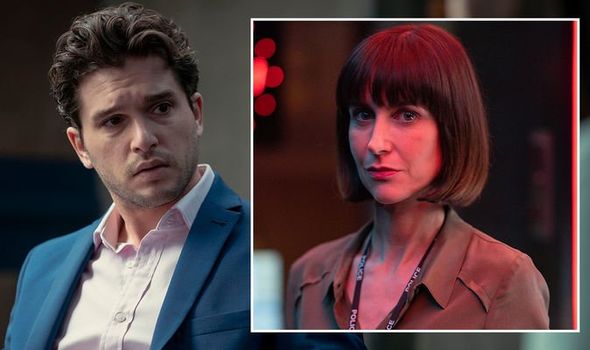 Katherine was asked whether she felt the episode had “flipped the Me Too movement on its head.”

However, Katherine saw a different side to the impact it could have, admitting she “didn’t feel like that.”

She explained: “I felt like actually what it did to me was highlight how difficult it is to prove to have the evidence of a sexual assault.

“And I thought for me the critical moment in the episode was Amanda Drew’s solicitor’s speech.” 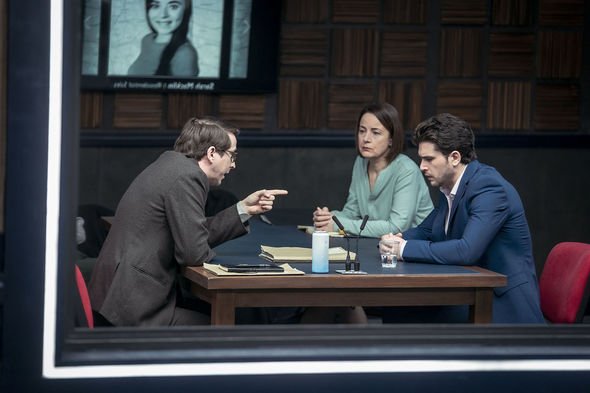 The speech in question sees Alex’s unnamed solicitor (Amanda Drew) highlight the difficulties surrounding being able to prove whether someone is innocent or guilty of committing rape.

And the scene proved a powerful one for Katherine, who explained just how blown away she was by the writing.

She continued: “When I read that [scene], it made me catch my breath!

“When Amanda delivered it – and you can see – that she something has happened in her life which means that it really hurts her to say with her solicitor’s hat on.

“This is the law, this file… we’re trying to do all we can,” she explained.

The star went on to detail why she felt this episode was different from some of the other viewers will have tuned in to.

Katherine continued: “Because in most of the episodes, we just need them to keep talking because we need as much evidence as possible, right?

“Whereas in this case, actually there is no evidence particularly, there’s no evidence that’s going to tell us one way or another.

“So we actually really need… we do need a confession, so we are sort of harder in a non-moral fashion way with him than we are in most of the other episodes.”

She also explained why she felt it so important to open up the conversation surrounding the challenging topic.

Katherine said: “And I thought that, to me, shed another layer of light on how complicated and harder it is.

Criminal seasons 1-2 can be streamed on Netflix now.