A discussion of classic cars on BBC Breakfast delayed guest Brian Conley so much that Dan Walker threatened to cut him off. Brian was on the show to discuss his latest role in EastEnders, where he portrays Sonia Fowler’s father Terry.

A segment about classic cars aired right before speaking to guest Brian and he couldn’t help but share his love of classic cars before talking about landing a role on Eastenders.

“We should celebrate these British cars, and classic cars. They’re very special,” he said.

However, as the conversation about cars continued, Dan and Louise Minchin joked that discussing cars was not the reason he was on the show.

Louise, realising the time, laughed: “It’s wonderful to talk to you about cars, you’re not here to talk about cars.” 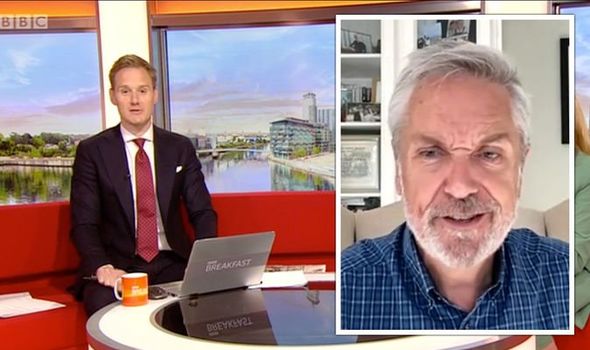 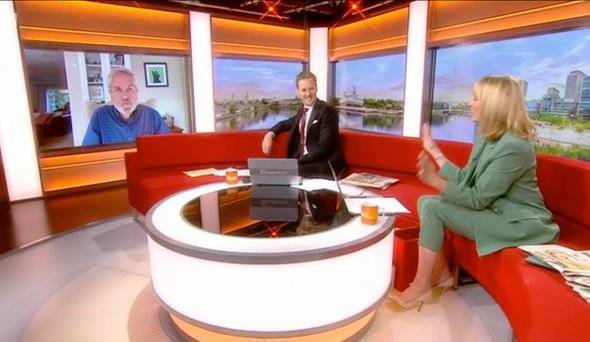 Louise followed suit, adding: “Thank you. Thank you for watching BBC Breakfast and joining in.”

Brian joined the cast of the popular soap this year, and will be portraying Terry Cant, Sonia Fowler’s (Natalie Cassidy) long-lost father. 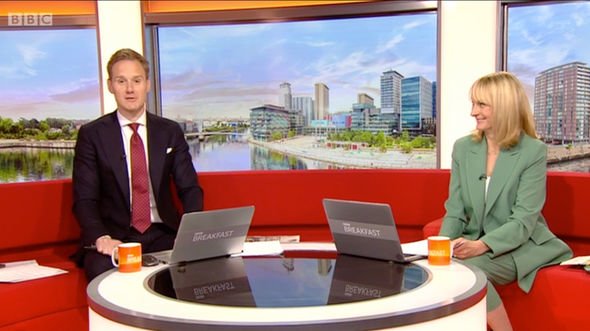 Brian discussed his excitement about joining the long-running soap, saying: “I’m absolutely delighted, and, on so many levels, I appreciate how lucky I am.

“To be surrounded by so much talent, they all are an extremely talented bunch and, to just, sit back, look, and learn is what I have been doing.”

Speaking of what it was like filming during the pandemic, he added: “The turnover is so quick and it’s amazing what they achieve due to Covid and our lockdown situation.

“We all have to do it some distance away from each other. We are all often working to tennis balls.”

He joked: “I will not be able to watch Wimbledon this year. I’ll be thinking ‘Oh my god, they’re knocking Sonia about.'”

“It is a dream come true, and it’s not as though I’ve got to work on the accent,” Brian remarked.

Dan and Louise showed a clip of Brian in his first scene opposite Natalie with Sonia asking her estranged father why he left when she was a child.

EastEnders fans have a lot to look forward to with Brian joining the cast and many will be asking whether Sonia will forgive her father and reconcile with him in the future.

Dan asked Brian whether he gets the famous ‘Duff Duffs’ theme for his character at some point in the series.

Brian excitedly said: “Yeah, I get a small handful. Last night was a ‘Duff Duff’, you can’t wander into that and say ‘I’m your father love’ without a ‘Duff Duff’.”

Brian said that his character deserves a ‘Duff Duff’ as Sonia has been waiting 35 years to meet her biological father, so it was a major plot point for her long-running character: “It’s so iconic.”