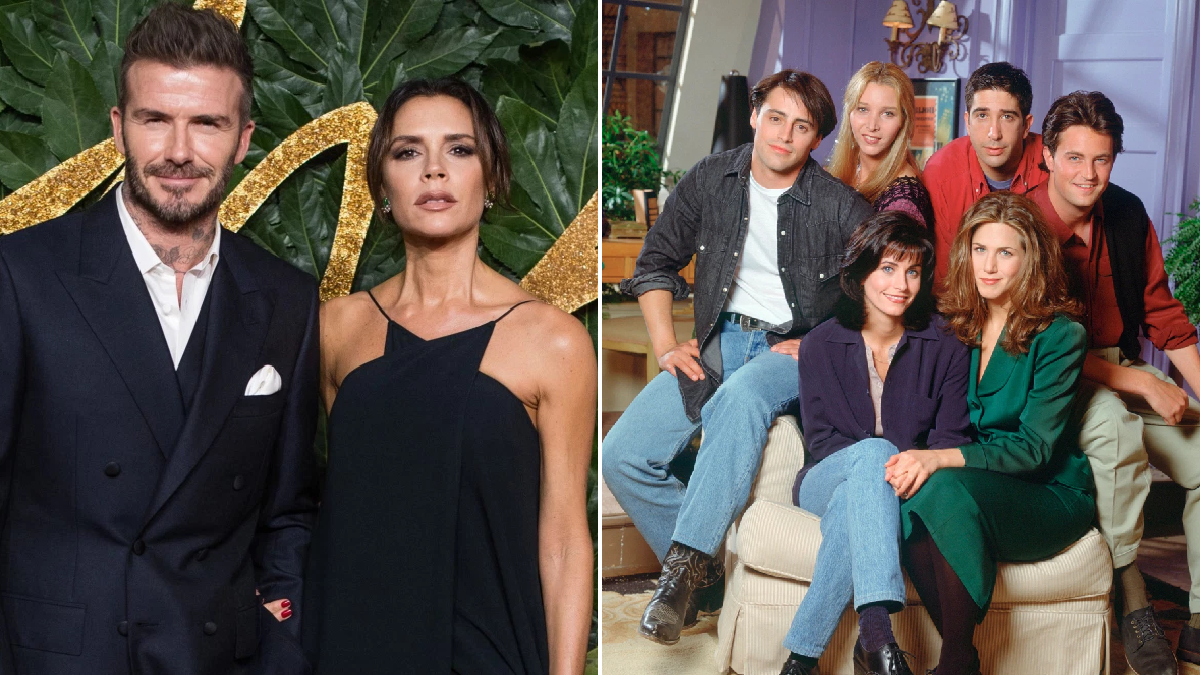 Friends fan David Beckham has revealed he pops on the classic sitcom whenever he’s feeling downcast and missing his wife Victoria and their kids.

The footballer was one of several famous faces to appear in the long-awaited HBO Max reunion, which saw Courteney Cox, Lisa Kudrow, Jennifer Aniston, David Schwimmer, Matt LeBlanc and Matthew Perry reminiscing about their time together.

Asked which Friends character he relates to, David said: ‘I would have to say I’m most like Monica because I’m a clean freak.’

He also added that his favourite episode is The One Where No One’s Ready, in season three.

‘Ross is hurrying everyone up coz he has a huge speech to make and he’s nervous,’ he revealed. ‘When Chandler goes to the toilet, Joey sits in Chandler’s chair and when he comes back it all escalates.

‘It’s one of those episodes that when I’m away and I’m feeling a little bit low, I put it on and it makes me smile – almost to the point of crying.’

The Friends reunion also saw Chandler Bing star Matthew speak about how he would seek validation in getting laughs from the show’s audience.

‘I felt like I was going to die if they didn’t laugh,’ he said. ‘And it’s not healthy, for sure.

‘But I would sometimes say a line and they wouldn’t laugh and I would sweat, and go into convulsions. If I didn’t get the laugh I was supposed to get, I would freak out. I felt like that every single night.’

Meanwhile, Ross and Jennifer confirmed they really did have romantic feelings for each other behind the scenes.

The Friends Reunion is available to stream on NOW and will air on Sky One tonight at 8pm.