It’s hard to believe Dexter fans are already about to deal with another conclusion. The Dexter: New Blood ending is coming fast, but will hopefully prove more satisfying than the original ending of the series. Showrunner Clyde Phillips has already predicted it.

Phillips was a guest on The Hollywood Reporter’s TV’s Top Five podcast on Nov. 5 just before Dexter: New Blood premiered. He teased the ending and promised a major reaction. The Deter: New Blood ending airs Jan. 9 at 9 p.m. on Showtime.

The ‘Dexter: New Blood’ ending will be like Chekhov

Anton Chekhov is famous for a lot of dramatic theories. Chekhov’s gun means any gun introduced early in a story will be fired at some point, Phillips had another Chekhov theory that applies to the Dexter: New Blood ending.

“I’m going to quote Chekov,” Phillips told TV’s Top Five. “Chekhov said the ending should be surprising yet inevitable. Ours is surprising, inevitable and satisfying. The audience will be satisfied with the end while their own brains are exploding.”

‘Dexter: New Blood’ has a lot to resolve

Phillips also discussed the story the Dexter: New Blood ending will have to resolve. Harrison (Jack Alcott) found his father in the first episode. By the end of the season, Dexter fans have seen whether Harrison takes after his father or not. Phillips promises definitive answers. 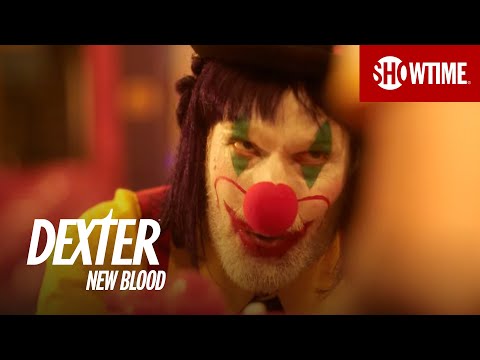 “That’s the big question of the year, of the season that we’re doing,” Phillips said. “Does Harrison have the dark passenger or not? Does he have that inherited trauma, does he remember? That’s what we’re exploring.”

Although Dexter: New Blood unfolded over 10 episodes airing weekly, Phillips reminded viewers that they take place in a much more confined period of time. Keep that in mind when you watch the Dexter: New Blood ending.

It has been eight years since Dexter was on the air, and Phillips left after season 4. He also promised the Dexter: New Blood ending has adapted to the 2021 television landscape.

“The whole landscape of storytelling has changed,” Phillips said. “I watch a ton of TV and a lot of European TV. The storytelling has changed I think in concert with the audience changing and being more demanding, having so many choices. We want to break through the clutter and break through the noise and be honest and tell a great f***ing show. And I believe we got there.”

The ‘Dexter: New Blood’ ending may not be the end

Showtime billed Dexter: New Blood as a limited series. Phillips calls it a revival series, and he does not rule out continuing it.

“Let me say this to answer that,” Phillips said. “Never say never. I could’ve said yes or no. I’m saying never say never. Anything can happen and I’m not going to commit to the fact that this is the absolute end of the franchise. I think that’s a pretty revealing answer.”