EastEnders confirms Kat is the victim of Whitney's hit-and-run 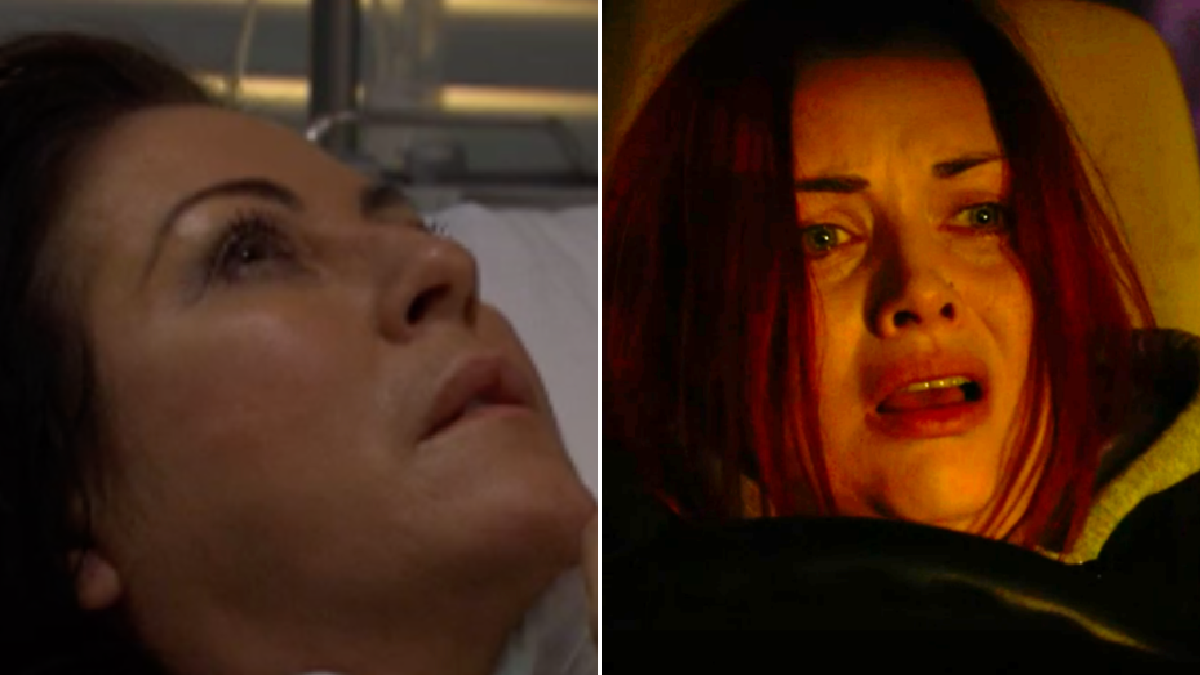 EastEnders has confirmed that Kat Slater (Jessie Wallace) is the victim of the hit-and-run carried out by Whitney Dean (Shona McGarty).

Whitney was seething to discover that Ben Mitchell (Max Bowden) and Callum Highway’s (Tony Clay) wedding had went ahead as planned.

Believing Ben to be responsible for Kush Kazemi’s (Davood Ghadami) demise, she didn’t think it fair that he got his happy ending when she was robbed of her own, and therefore she set out on a revenge mission.

Whitney stole Gray Atkins’ (Toby-Alexander Smith) car, hoping to head to the registry office, but when she realised Ben was closer to home – more specifically, in Bridge Street – a plan formed.

She got in the vehicle and speeded towards the young man, who was also in the company of husband Callum, dad Phil (Steve McFadden) and Kat.

She collided with one mystery resident, which left viewers dying to know who it was that she hit.

Tonight’s edition of the BBC One soap confirmed that Kat was the victim of the hit-and-run. She was subsequently taken to hospital.

Speaking about Whitney’s motives, actress Shona McGarty explained to Metro.co.uk: ‘Whitney is obviously still grieving, I guess she’s not thinking straight. When she hears Ben and Callum are still going through with the wedding and are very happy, she gets really angry.

‘She is worried about Callum being married into the family she thinks killed her fiancé, she has so much hatred for Ben and the Mitchells right now. As far as she is concerned, they killed Kush – she’s not happy!

‘Her intention isn’t to kill – it’s to gatecrash the wedding. When she sees everyone under the bridge, she thinks “I have nothing to lose – I have lost the love of my life, that’s it”. She just wants the Mitchells to hurt the way she is hurting I guess, she doesn’t intend to kill.’

EastEnders continues Friday May 14 at 8:35pm on BBC One.