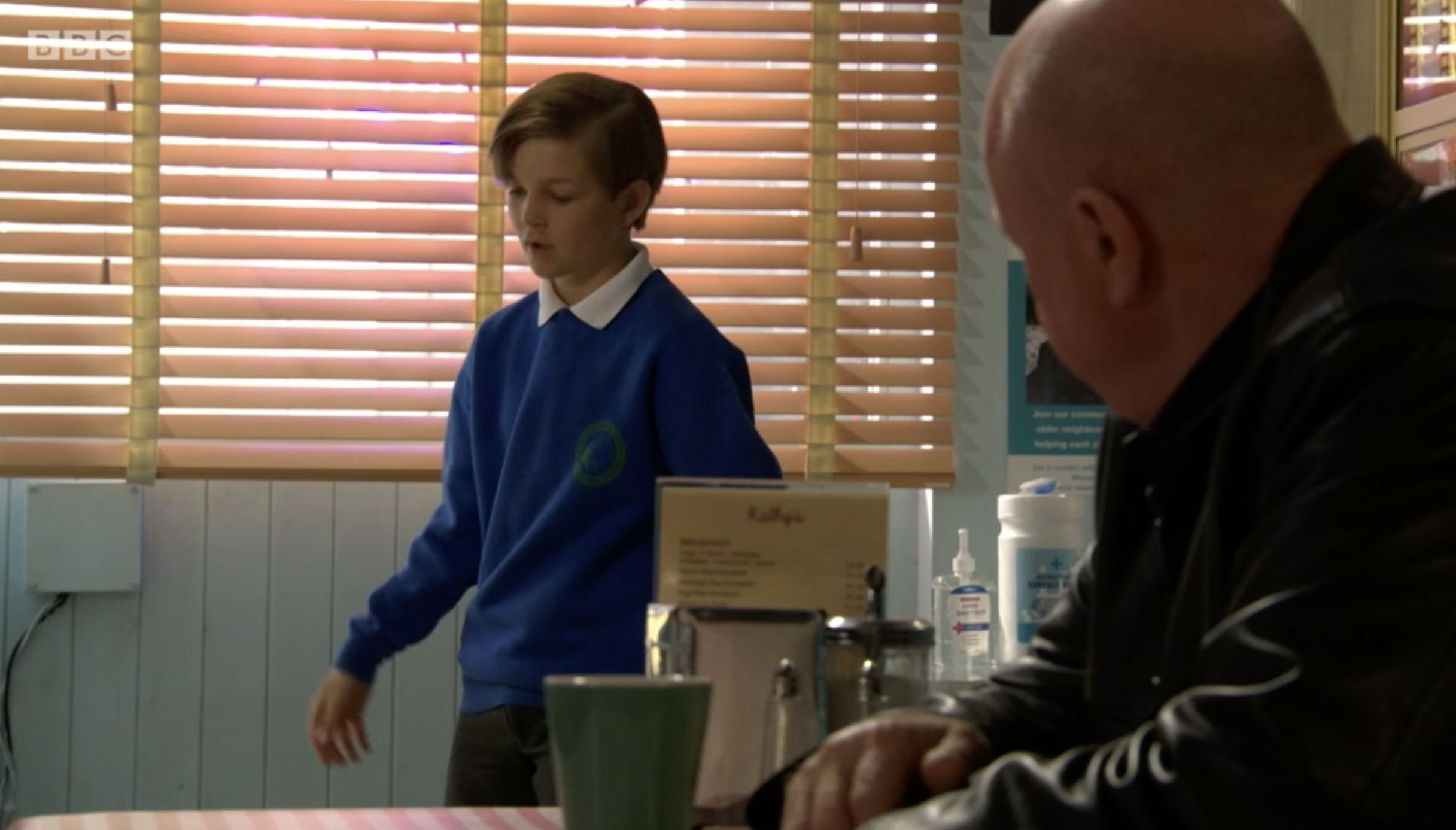 The following article contains spoilers for this week’s EastEnders episodes, which can now be viewed on BBC iPlayer in the form of a boxset.

EastEnders has re-cast Tommy Moon, with actor Sonny Kendall taking over the role.

Sonny, whose first scenes can be watched right now on iPlayer, is seen kicking a ball around the cafe in Thursday’s episode, as Tommy’s mum Kat Slater (Jessie Wallace) chats to partner Phil Mitchell (Steve McFadden).

Shay Crotty, who had portrayed Tommy since 2015, announced on Instagram back in April that his time in Walford had come to an end.

The youngster paid tribute to the show’s cast and crew and thanked them for making him ‘part of the team’. Of his experience, he added:

‘I’ve learnt so much and had the best time both on and off set with the best family.’

‘We had such fun and laughs over the years. It was a pleasure working with you and dad @theshanerichie

With Euro 2020 having kicked off, EastEnders’ regular broadcasting pattern has been altered.

Therefore, the decision was made to allow audiences the opportunity to watch all of this week’s editions online ahead of broadcast.

These episodes will still air on BBC One later this week, albeit in a different slot. And, whether you’re bingeing or watching on the telly, it’s a week in Walford that’s not to be missed.

You can see this particular episode on Thursday at 8.05pm.

This week’s EastEnders is now streaming on BBC iPlayer.