EastEnders fans are waiting for the day Ian Beale (played by Adam Woodyatt) is exposed as Dennis Rickman’s (Bleu Landau) killer. In the meantime, Dotty Cotton (Milly Zero) is like father like daughter as she blackmails the Walford entrepreneur, using his son – Bobby Beale (Clay Milner Russell) in the process. During tonight’s instalment of the BBC One soap, viewers were distracted by the scenes with Bobby.

After daydreaming at breakfast, Bobby paid Dotty a visit at the Arches.

“What do you want?” She remarked and Bobby asked: “Is everything alright with you and my dad?”

Dotty replied: “Why, did he say something?”

“No I saw you earlier and it looked like he was having a go at you…” Bobby added.

Dotty lied: “Oh, he just didn’t like me sleeping on your sofa the other night. It’s no biggie.” 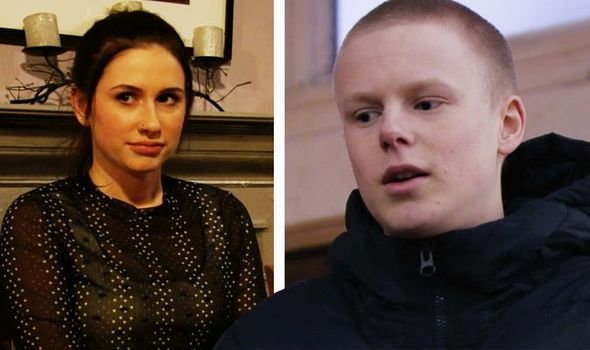 “Right, I just wanted to check you were ok that’s all. If you ever want to talk or hang out or whatever, you know where I am,” Bobby said.

In the next scene, it was evening time and the Beale family were getting ready to sit down for dinner when they were interrupted.

“No, it’s cool she can stay can’t she?” Bobby asked his dad to which Kathy Beale (Gillian Taylforth) said it was. 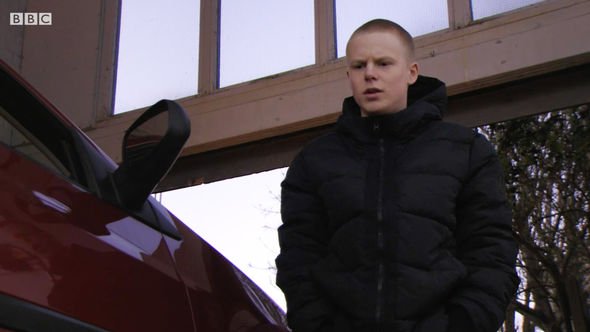 Over dinner, Dotty took the opportunity to discuss Denny with Sharon Mitchell (Letitia Dean), to which the bereaved mother was grateful despite Ian’s glares.

After ushering her into the kitchen to help with dessert, Ian threatened the young woman once more, but it seems the tables have turned.

“How you can sit there, day after day looking her in the eye, that is a special kind of twisted.

“Sharon might not be ready to hear the truth yet, but when she’s strong enough I’m going to make sure she finds out exactly what kind of man you really are,” Dotty stated. 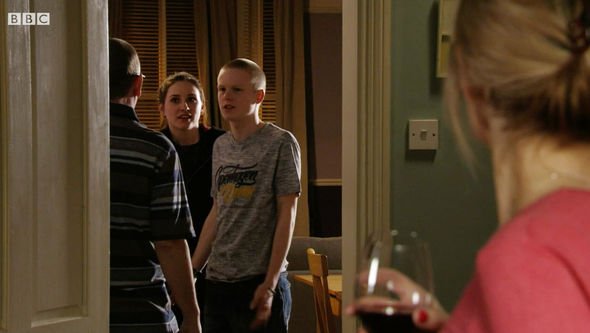 She then made her position very clear: “Get used to having me around Ian because I’m not going anywhere!”

Perhaps she was referring to her friendship which could possibly turn into a romance with Ian’s son Bobby.

But it wasn’t her stark warning which got viewers tongues wagging on Twitter, instead Bobby’s appearance.

“Bobby’s the new max with that hairdo #eastenders,” one said.

Another added: “Bobby has gone all ‘This Is England’ #Eastenders.”

“I miss Bobby’s hair,” someone else commented.

Viewers will have to wait and see what Dotty has instore for Ian.

EastEnders airs Monday at 8pm and Tuesday at 7.30pm on BBC One.