EastEnders: Brian Conley says he is 'delighted' to be on show

Sonia Jackson (played by Natalie Cassidy) has featured in some huge storylines over the years including affairs, bereavements and a teenage pregnancy. Sonia left the BBC soap in January after deciding to take some time out to go and visit her daughter Bex Fowler (Jasmine Armfield) in India. However, as of next week, Sonia is back in Albert Square and she has some news to tell. But, what could it be?

Sonia’s return will also coincide with her father Terry Cant’s (Brian Conley) arrival to the Square.

In scenes due to air next week, Sonia arrives at the same time her niece Tiffany Butcher (Maisie Smith) lands herself in a sticky situation.

A customer called Greg from the club ends up following Tiffany home after making a complaint that he has been overcharged.

After demanding his money back, Tiffany is horrified when she returns home and she sees him in her hallway. 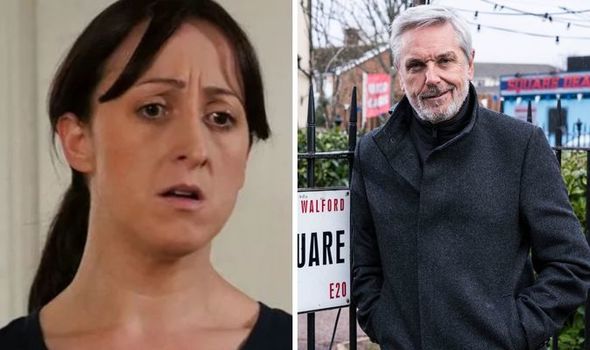 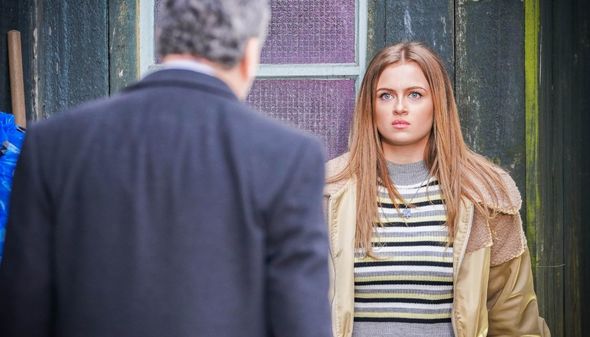 Luckily for Tiff, Sonia arrives home before anything kicks off.

Sonia demands that Greg leaves at once before threatening to call Tiff’s mum Bianca (Patsy Palmer) if she doesn’t admit to what has been going on.

Tiff and Dotty (Molly Conlin) confess to Sonia that they have been overcharging customers at the club, while Dotty tries to explain that Tiff is living with them now.

Tiff and Dotty aren’t the only ones with a confession to make, as Sonia has returned with one of her own.

Could it have something to do with her dad Terry? 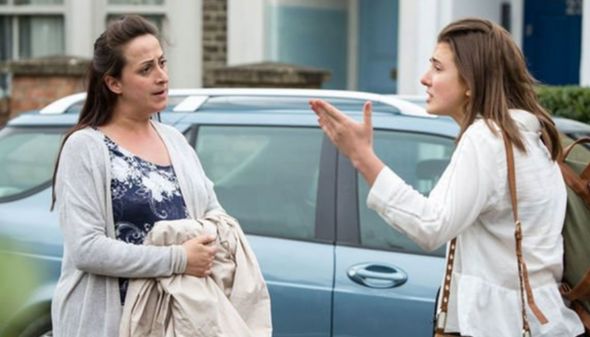 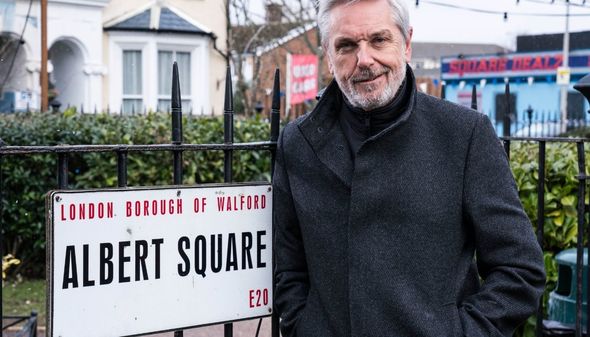 Terry will also be making his arrival and has been described as the ultimate people pleaser so will be quick to charm Sonia.

But he will quickly make himself at home leaving Sonia confused about how she feels.

Will she be pleased to see him or decide she was better off not looking for her father at all?

And if he gets wind of the money-making scheme going on at the bar, could he be eager to get himself in on the act?

Tiff and Dotty could easily be manipulated by Terry into thinking they need protection or another pair of hands running the scam following the threat of Greg.

Brian’s casting on EastEnders is a step away from his usual home on-stage but has said it is in honour of his father.

Speaking ahead of his debut, Brian began: “As you can imagine being a Londoner and now being part of EastEnders is such an incredible moment for me.

“I know for sure my dad is looking down from above and saying “Good on yer son!” It was always his favourite programme.

“So, in so many ways it really is an honour to be part of such an iconic show and to be working with an incredibly talented team on camera and off.

In scenes due to air next week, Bernie tells Karen Taylor (Lorraine Stanley) all about her date with Molly which is when they overhear Stuart and Rainie chatting about trying to find a surrogate again.

Soon after, Karen gets a worrying phone call from someone who wants the money she owes them, leaving her in a panic.

Karen and Bernie rush home only to find that someone has completely trashed their living room.

Not only did they leave the place looking like a tip but they also left a threatening message to Karen to pay up.

Mitch (Roger Griffiths) realises it is loan sharks, which is when Karen toys with the idea of becoming Rainie’s surrogate.

After all, it would certainly solve all her money problems.

EastEnders is available to watch on BBC iPlayer.