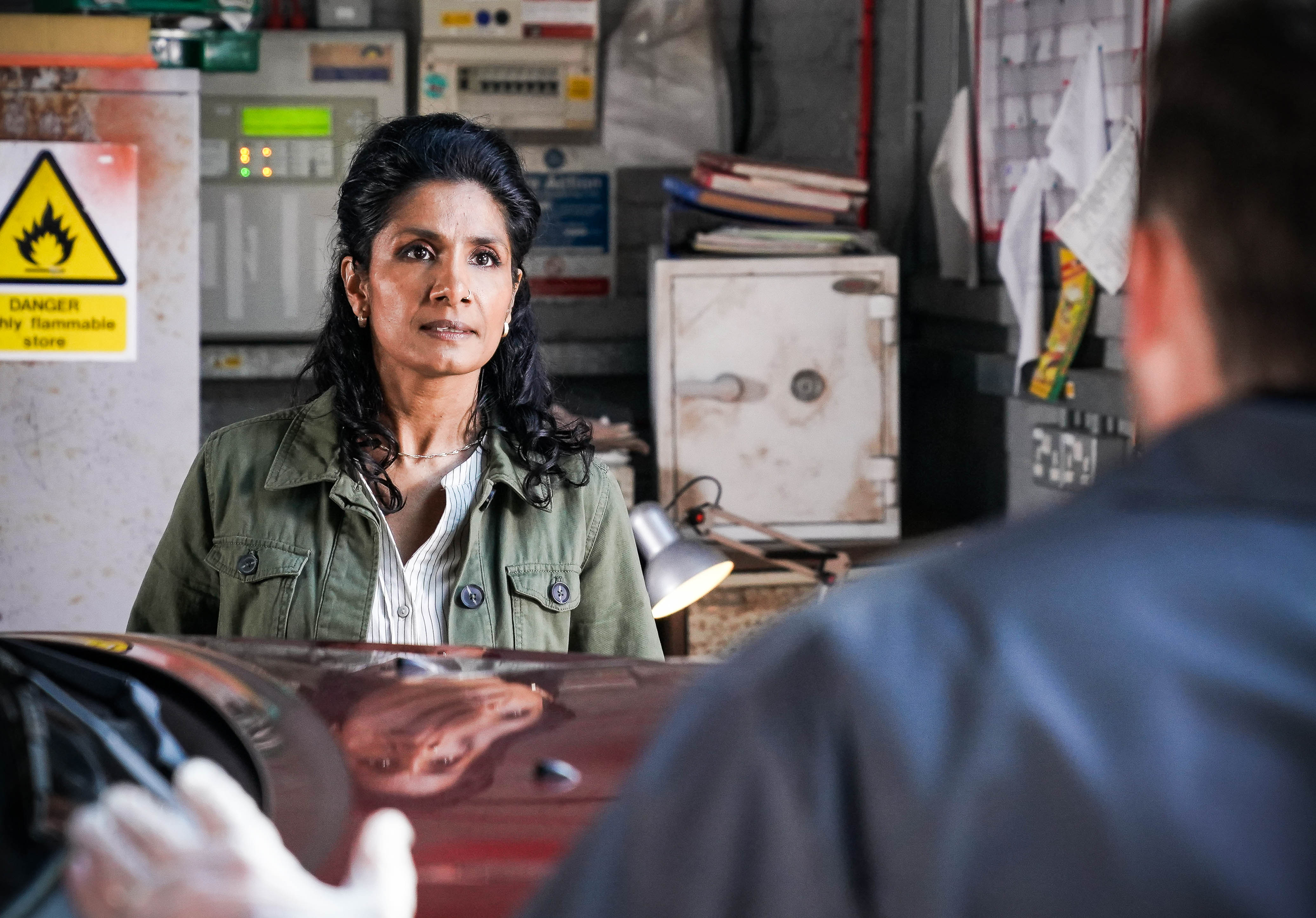 Suki, in scenes which just aired, was shocked to the core to discover that her Jags (Amar Adatia) is dead.

Jags had been serving a sentence of four years in prison for a crime he did not commit, after Suki reported him to the police and provided false evidence in order to teach him a lesson.

His life, however, was threatened earlier this month, which resulted in Kheerat (Jaz Deol) asking Ben to ensure his sibling had protection inside.

Ben was more than willing to arrange, but when he got wind of Kheerat’s dalliance with Sharon Watts (Letitia Dean), he felt betrayed, and therefore called off the protection!

Subsequent scenes saw Suki get word of her son’s demise.

Ben was filled with regret when he learned what had happened, telling Callum Highway (Tony Clay) that the Panesars will kill him if they were to find out what he’d done.

Suki certainly holds him responsible for the death of her son, however.

Tonight’s (June 24) second episode, which has been streaming on BBC iPlayer since Monday due to Euro 2020 causing scheduling disruptions, saw a vengeful Suki confront Ben in The Arches.

She pointed the finger at the young mechanic, claiming that he is responsible for Jags’ death.

But will she learn the full of extent of Ben’s actions on the day of Jags’ demise? Will she discover that he called off the protection?

And will Ben’s fears of the Panesar’s deadly revenge come to pass?

EastEnders continues Friday June 25 at 8:30pm on BBC One. Alternatively, all of this week’s EastEnders episodes are now streaming on BBC iPlayer.