Elite fans expose major blunder in Samuel and Marina’s first kiss – did you spot it?

Netflix left fans of hit Spanish series Elite excited after they announced a season five renewal ahead of the show’s season four debut. There’ll be plenty more crazy antics to watch at Las Encinas school very soon, but fans have since spotted a blunder way back in season one, regarding the first kiss between doomed couple Samuel García Domínguez (played by Itzan Escamilla) and Marina Nunier Osuna (María Pedraza).

A fan of Elite shared a post on Movie Mistakes about a continuity mistake from season one episode Love is a Drug.

The post read: “When Samuel and Marina kiss for the first time, she leans in towards her left. In the next shot, she’s still kissing him, but leaning on her right side.”

The scene features the first kiss between Marina and Samuel after their intimate conversation at a party.

Though, a closer look showcases the continuity error within the camera work. 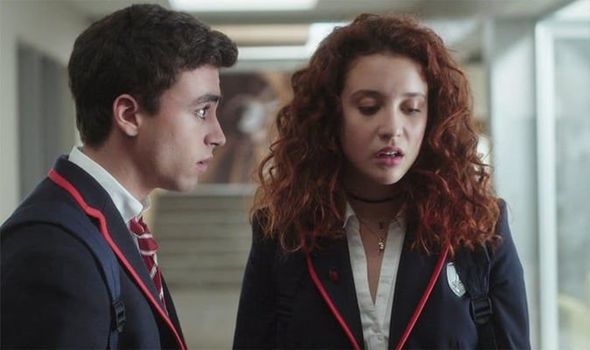 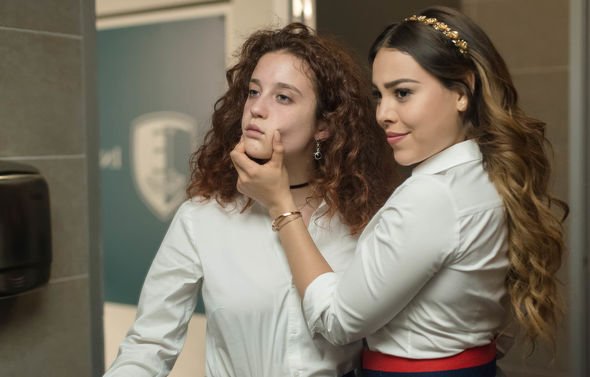 While filming for several days on one scene, the angles of every movement are bound to not always match up, but upon second viewing, the kiss is a glaring error.

During Love is a Drug, the students at Las Encinas attend a black tie charity event arranged by Marina’s parents.

Marina invites Samuel to the party and the two finally get closer after an intimate conversation between the pair.

The two had a heated argument where Samuel accused Marina of using him as a way to rebel against her parents, and he tells her: “Look, I had imagined the moment many times when we would decide to be a couple. Many times. 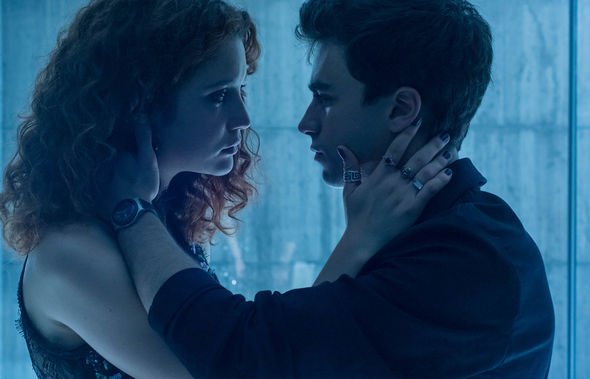 “But it was never like this I assure you,” he continued.

However, after revealing her thoughts about her HIV diagnosis at 14 years old, the pair grew closer.

Samuel leaves and heads outside, upset at the prior evening’s events, but Marina later joins him and apologises.

He is quick to ask her how she feels about him, and Marina confirms that she does like him.

The student asks Marina if it is the HIV holding her back from the two finally being together, and she assures him it is not.

Marina revealed to him that she felt “stupid and idiotic” after her diagnosis and she hoped her illness would unite her with her then boyfriend Pablo, who had infected her.

Samuel comforted her during the touching moment and said she should start “looking forward” instead of to the past.

Finally taking a step forward, Marina moved closer and kissed him, though the editing blunder during their kiss is clear to see.

The two form a relationship, however, Marina was tragically killed at the end of season one and Samuel struggled desperately after her death.

Samuel was a new arrival to Las Encinas when the two quickly became close, but Marina later had a brief fling with his brother Nano (Jaime Lorente), which upsets him greatly.

While the two students had a difficult relationship, it was evident they both really loved each other.

Heading into season four, Samuel’s life will most likely continue to prove troublesome as he was expelled in the season three finale, though his plans for re-enrollment could mean a happier future for him going forward.

The Spanish thriller is created by Carlos Montero and Darío Madrona, and set in the fictional Las Encinas, which follows a group of working class students at an elite secondary school.

The first season premiered in 2018, and fans will be excited to learn that the series has already been renewed for a fifth season as well, which will be released in 2022.

All seasons of Elite are available to watch on Netflix now.