The village baddie – played by Lawrence Robb – went around to the B&B owner's house to blackmail him with his late-wife Val's favourite coat. 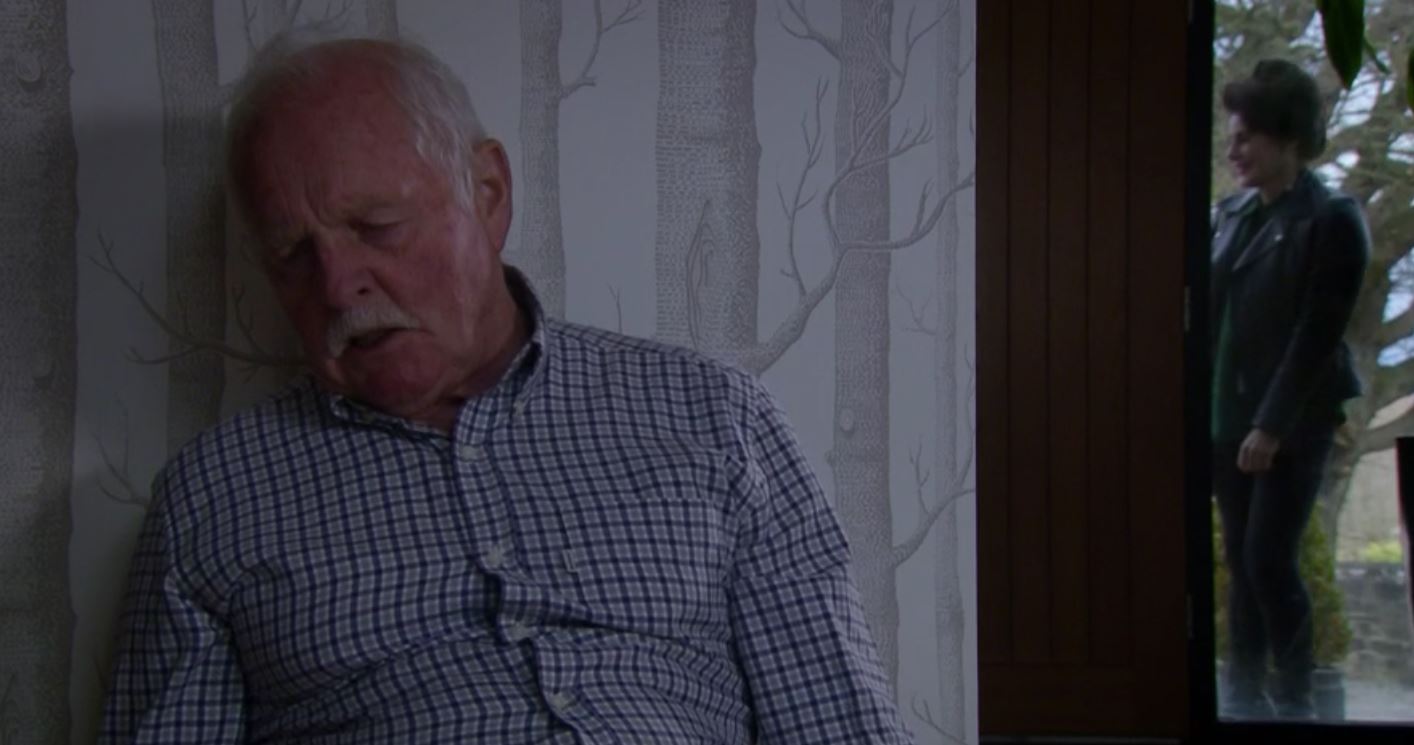 Since moving to the village in October, Mack has caused a lot of trouble and most recently stole Eric's partner Brenda Waker's brooch from their house.

After realising what his friend had done, Aaron Dingle tried to correct the situation by returning the missing jewellery.

However he got caught in the act and now Eric thinks that it was him and has gone to the police.

Earlier this week Mack managed to get his hands on Val's coat and told Ryan Stocks what he plans on going with it. 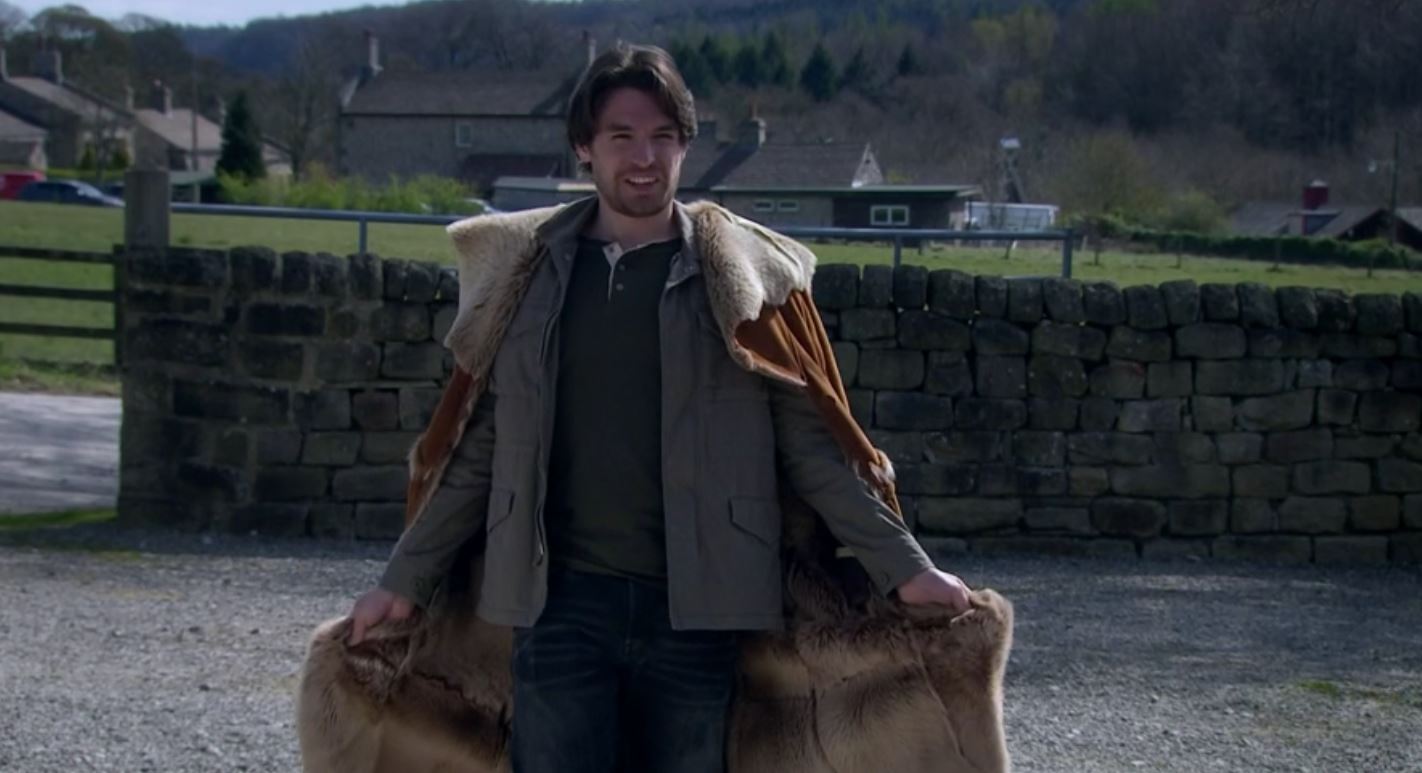 He explained that he's going to use the beloved coat to blackmail Eric into dropping charges against his pal.

And last night he did exactly that.

The crook turned up at his house wearing the item of clothing and asked him to change his statement, or the coat went up in flames.

Mack told Eric: "I will keep coming back again and again, OR go to the police and retract your statement about Aaron. Simple. 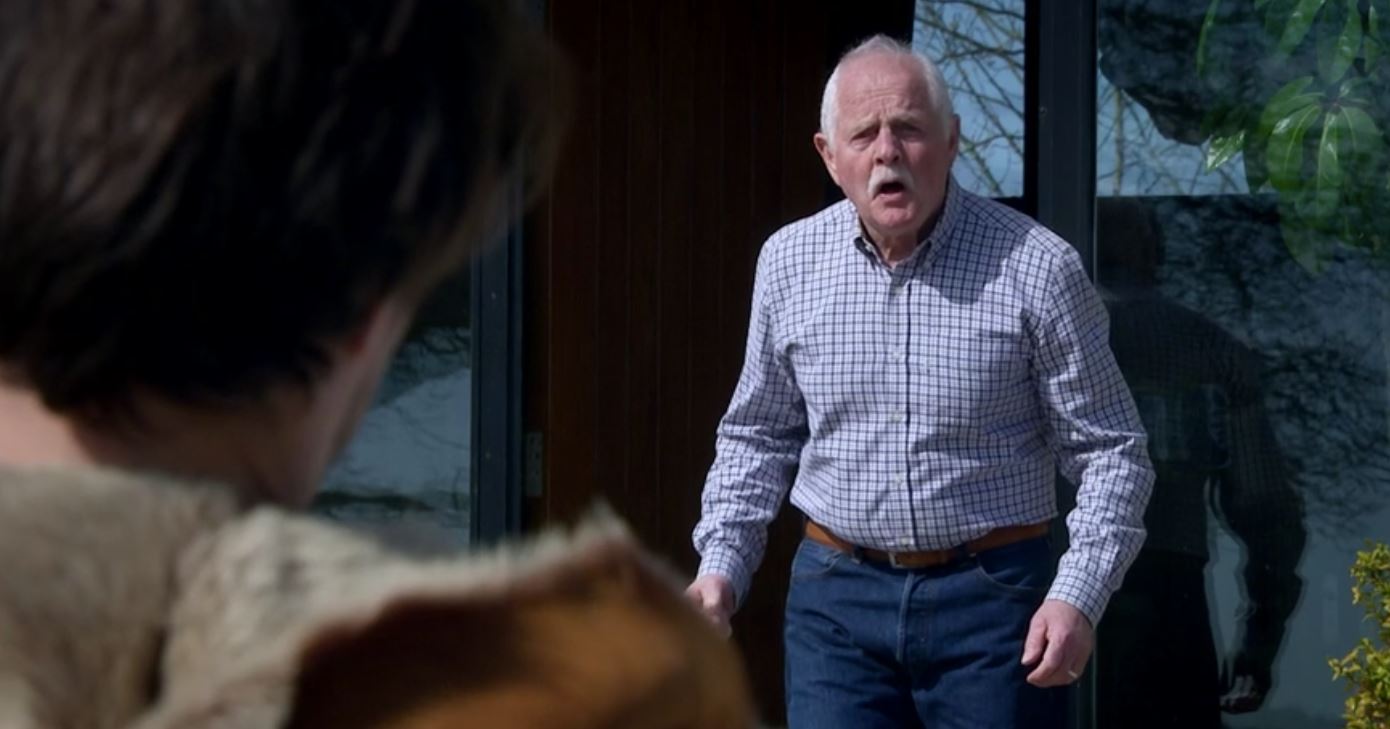 Eric replied: "That coat doesn't mean half of what you think it does…"

As Mackenzie got his lighter out of his pocket, he said: "That's a shame. I didn't really want to have to do this…"

The businessman shouted: "Burn it! See if I care! Burn it!" 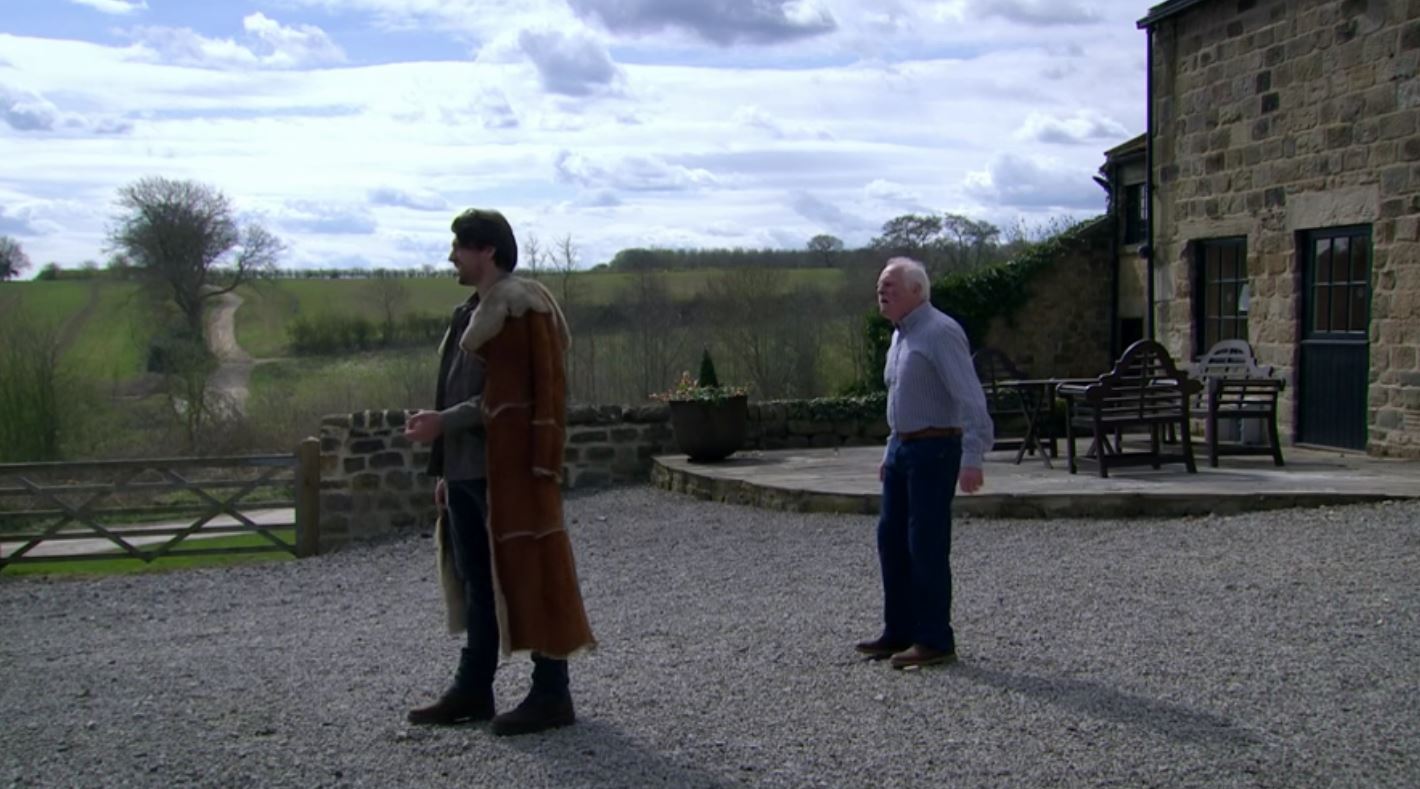 Mack replied: "Oh but you do care, you really, really care…"

As he lit the fire Eric began to breathe heavily and pleaded him to stop.

Eric began to dial 999 to change his statement and he collapsed to the floor, struggling to breathe.

In a later scene Eric was found inside by himself and couldn't shout out to Faith Dingle for help when she appeared at the front door. 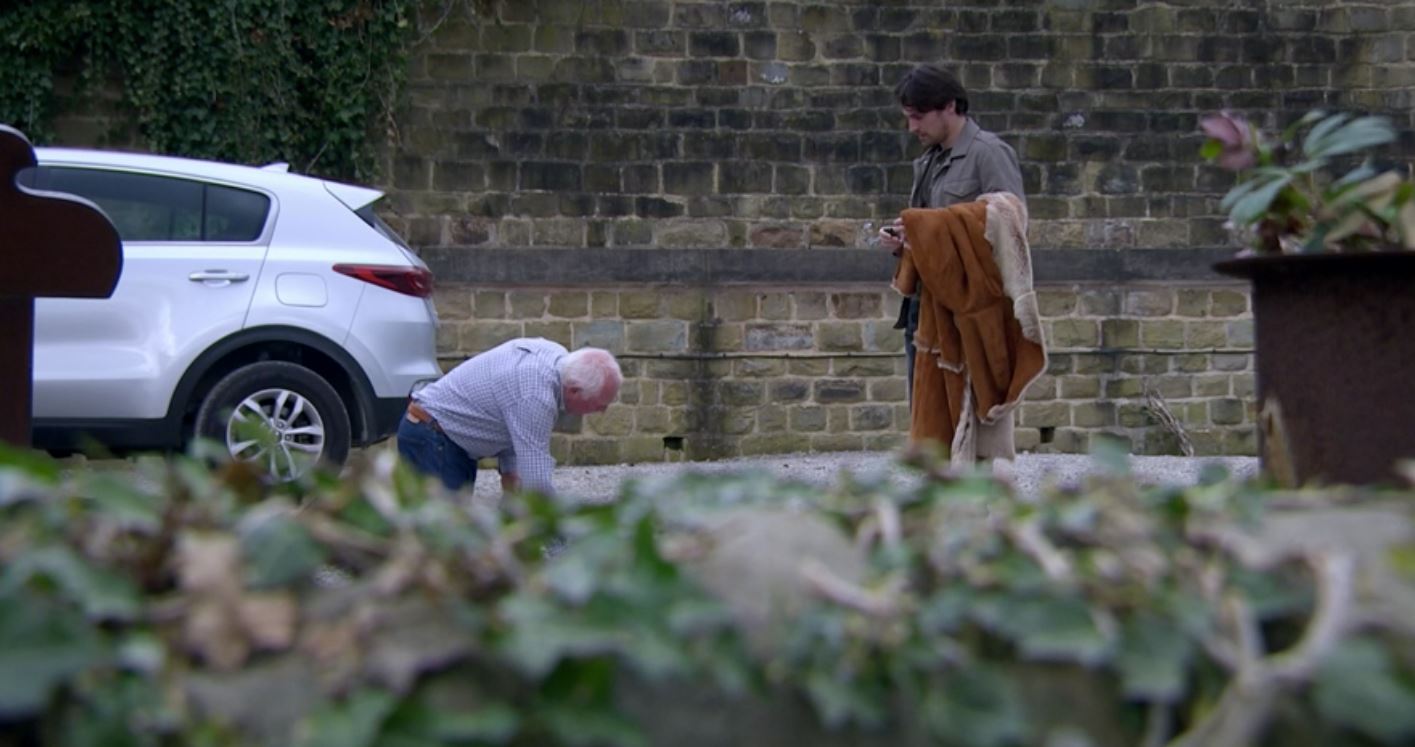 Fans of the show were disgusted that Mackenzie just left Eric to die.

One wrote on Twitter: "Mack really is a piece of work, poor Eric #Emmerdale."

A third tweeted: "disgusting how they let Eric die #emmerdale." 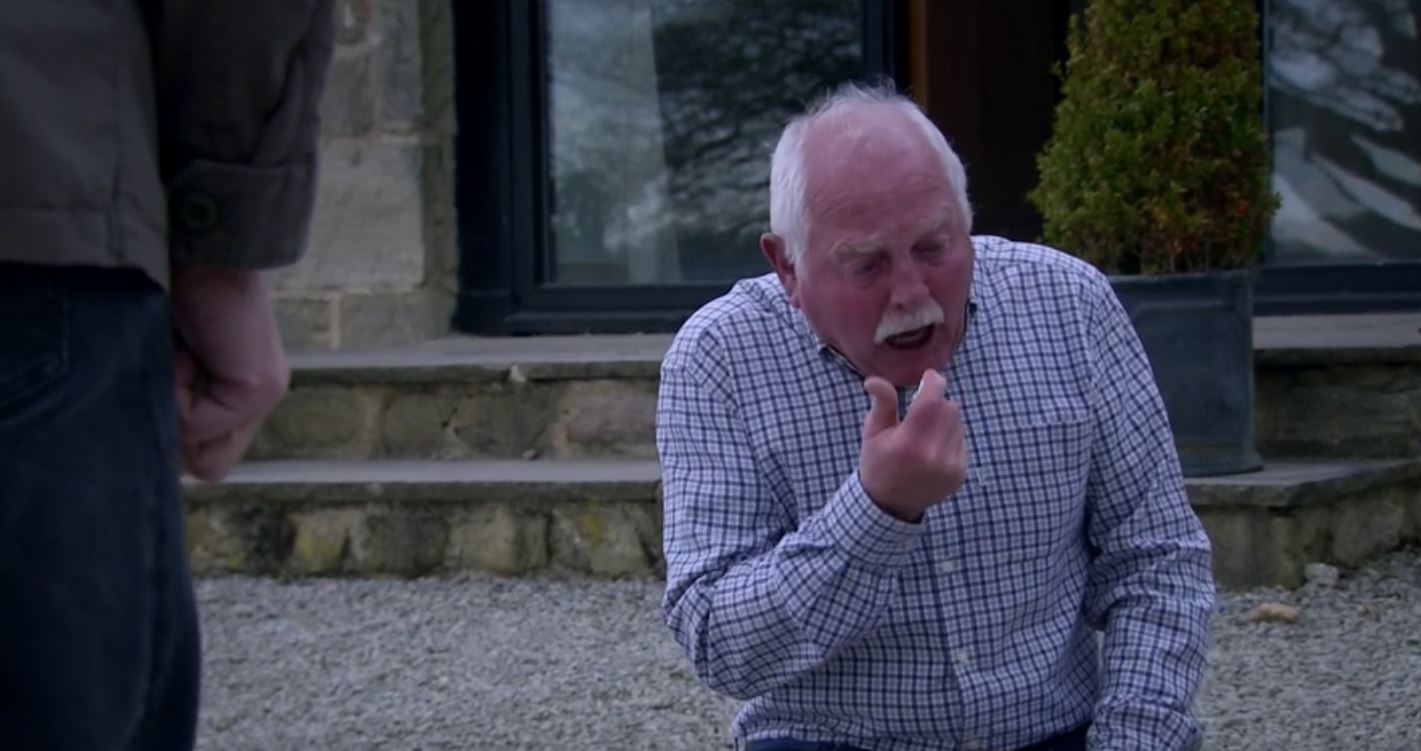 A fourth chimed in: "Sorry but this storyline of Mackenzie taunting Eric is absolutely disgusting #Emmerdale."

Although the chef is in a relationship with Victoria Sugden, he's been lying about his sexuality for months.

A day after Ethan had told the pair about a man he liked on the dating app, he was brutally blocked.

The lawyer put two and two together after a comment from Luke and accused him of being a catfish.

Luke denied his claim, but after Ethan threatened to tell Victoria he came clean.

He pleaded: "Please don’t. I didn’t mean to lead you on, alright.”

Watch the next episode of Emmerdale tonight at 7.00pm on ITV