Emmerdale viewers have seen Andrea Tate (played by Anna Nightingale) desperately try to patch up her marriage to estranged husband, Jamie (Alexander Lincoln). However, she was dealt a new blow after discovering he was enjoying a secret romance with Belle Dingle (Eden Taylor-Draper). Tonight saw her unravel Jamie’s lies further as he pretended he was going to a conference but was instead planning on staying in a hotel with Belle – but what will Andrea be prepared to do to get her own back on her cheating husband?

The Tate family was torn apart over Christmas after Graham Foster (Andrew Scarborough) barged in and revealed his one-night stand with Andrea from a few years back.

Jamie was distraught with the news of Andrea’s infidelity and took their daughter Millie (Willow Bell) away from Home Farm before threatening his wife with divorce.

The couple’s marriage looked to be over for good and Jamie had a night of passion with then-colleague, Belle, after the pair grew closer in the New Year.

Jamie decided against pursuing things with Belle any further as he was determined to get his family back together. 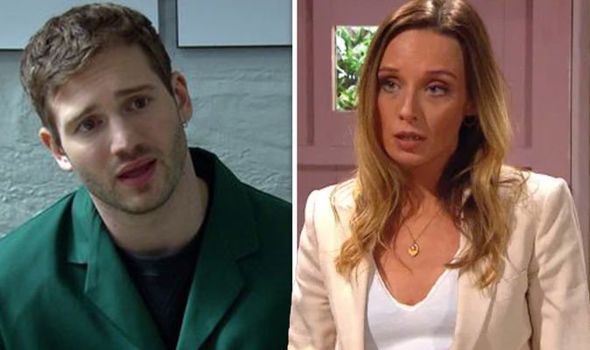 However, not long after, cracks started to form once more in Jamie and Andrea’s relationship, which the latter seemed unaware of.

Jamie sought comfort in the arms of Belle and the two began conducting an affair, with the lovers later professing their feelings for each other.

The vet promised he would leave his wife for Belle and confess his new romance but so far, he hasn’t managed to go through with it.

This all changed tonight when Jamie promised he would tell Andrea the truth about Belle at long last. 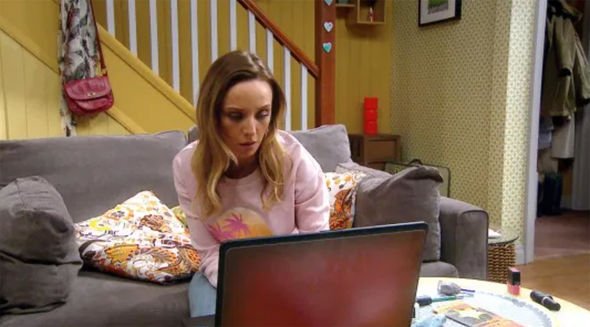 Andrea discovered the pair’s dalliances a couple of weeks ago and has been plotting how to get her revenge on the pair before exposing them.

This evening, Jamie told his wife he was staying in Birmingham for a conference, which she failed to believe.

When he left the room, Andrea saw a text from Belle flash up on-screen, asking whether he had left her yet and how the chat had gone.

Realising what was about to happen, a tearful Andrea walked out and straight over to the salon, where she confided once more in best friend Leyla Harding (Roxy Shahidi).

Armed with a glass of white wine, she declared to Leyla: “I hate him, he’s choosing Belle over me and Millie. I saw a text from her, it said ‘have you done it yet and how did she take it?’”

However, the scorned lover stunned her friend by reminding her Jamie was her husband and the father of her child, to which Leyla warned: “You can’t just pretend this isn’t happening.”

Andrea promised: “I don’t intend to,” before slamming her glass down on the table and revealing she had conjured up a plan to get her husband back.

She continued “He’s not leaving me, I’m not going to let him. I am going to make him rue the day he ever met that little tart and you’re going to help me.”

Leyla looked concerned by the idea but it’s clear she’s angered with Andrea’s situation and will want to help her friend.

With official spoilers for next week revealing Andrea will put her plan into action, could she put Jamie in grave danger as he worries about the welfare of his daughter?

Andrea is set to go missing and take Millie with her shortly after revealing illicit texts between Belle and Jamie in The Woolpack.

Jamie will be petrified over what might have happened, will he risk his own life as he tries to Andrea and Millie down?

Could Andrea take things one step too far as she vows to get revenge?

Emmerdale airs Mondays, Wednesdays and Fridays at 7pm on ITV.