Emmerdale will soon see the return of Bernice Blackstock as she’s making a comeback to the ITV soap. Bernice will have lots of drama to deal with when she returns, including the engagement of Dr Liam Cavanagh (Jonny McPherson) and Leyla Harding (Roxy Shahidi), but will she stick around in the Dales? In a recent interview, Samantha Giles who plays Bernice on the soap has opened up about her return, hinting she won’t be back for long. Could this mean Bernice is set to be killed off?

Back in 2019, Bernice left for Australia when her daughter Dee Dee’s (Mia Gibson-Reed) father ended up in a car accident.

Liam was engaged to Bernice at the time she left, but began struggling with the distance.

Bernice soon found out Liam was growing closer to Leyla and as a result the beautician called off their wedding.

In recent scenes on the ITV soap, Liam popped the question to Leyla and the pair are now engaged to be married. 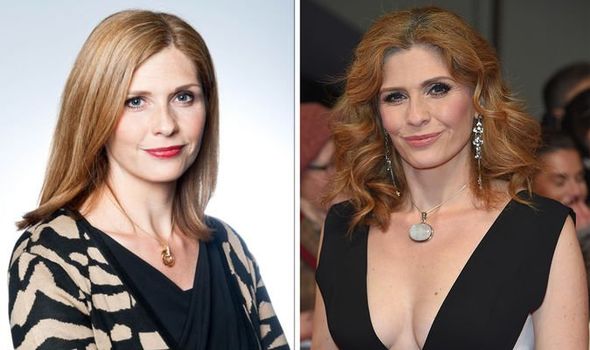 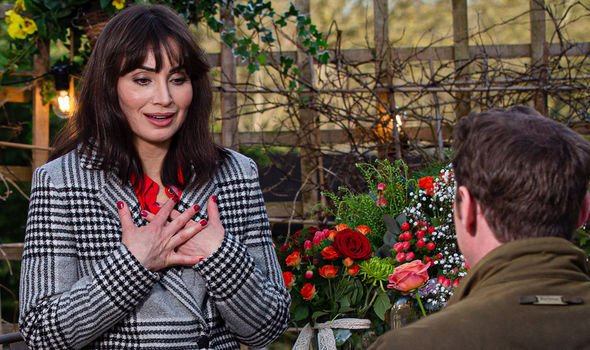 Seeing as Bernice’s daughter, Gabby Thomas (Rosie Bentham) was good friends with Liam’s daughter, Leanna Cavanagh (Mimi Slinger), word may have travelled to her in Australia about the doctor’s new engagement.

Fans will soon get to see Bernice’s reaction to the engagement news when she returns to the Dales, but will she stick around for long?

In a recent interview, Samantha Giles who plays Bernice in the soap has opened up about her return.

The soap star’s hinted that Bernice’s comeback could be short-lived. 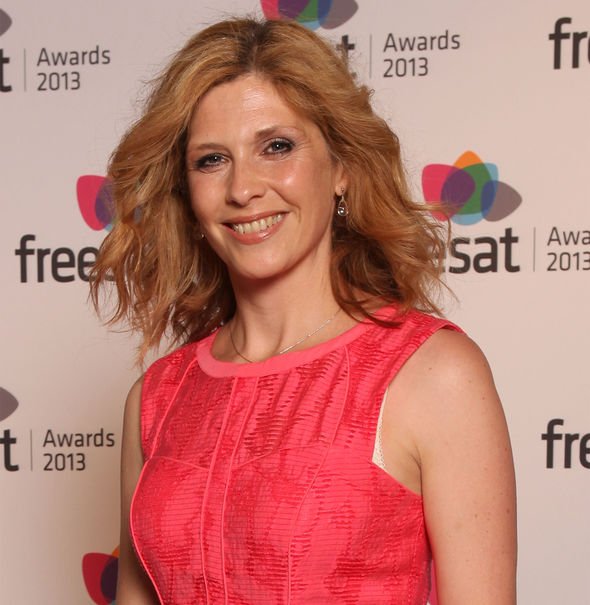 When asked if Bernice was back to the Dales for good, she replied: “Mostly back for a little while, at the moment so we shall see what happens.”

Samantha revealed she was delighted to be back playing Bernice on the soap.

She said: “It’s lovely that the character was obviously loved enough for them to want me to come back.

While chatting about her joy over the return, the star once again dropped a hint that Bernice wouldn’t be sticking around for long.

She said: “I think just the fact that it’s, you know, that she was so wanted to come back for a while in the village that’s a compliment.”

If Bernice isn’t back for long, could this mean she’s set to be killed off?

There are a number of individuals who would want to see her gone.

If Bernice does return to cause drama at Liam and Leyla’s wedding, perhaps the bride or groom could turn to violence to get rid of Bernice.

Samantha also hinted there could be tensions between Kim Tate (Claire King) and Bernice upon her return.

Bernice’s daughter Gabby has recently been working for Kim at Home Farm.

When asked if Bernice would be willing to go to war with Kim for her daughter Gabby, Samantha said: “I’m sure that stuff that will come in the future.”

She hinted things could get physical between the pair, saying: “I’m sure they are, there is going to be a fight – some sort of fight about that.”

It seems Kim could be another individual who may end up killing Bernice.

Viewers will have to tune in to find out what’s in store for the returning character.