Emmerdale spoilers: Kim Tate SHOOTS intruder as she becomes paranoid someone is trying to kill her

KIM Tate SHOOTS an intruder as she grows paranoid that someone is trying to kill her next week in Emmerdale.

The Queen of Home Farm – who is played by Claire King in the ITV soap – is being poisoned by a mystery culprit and has been suffering from blackouts and dizzy spells. 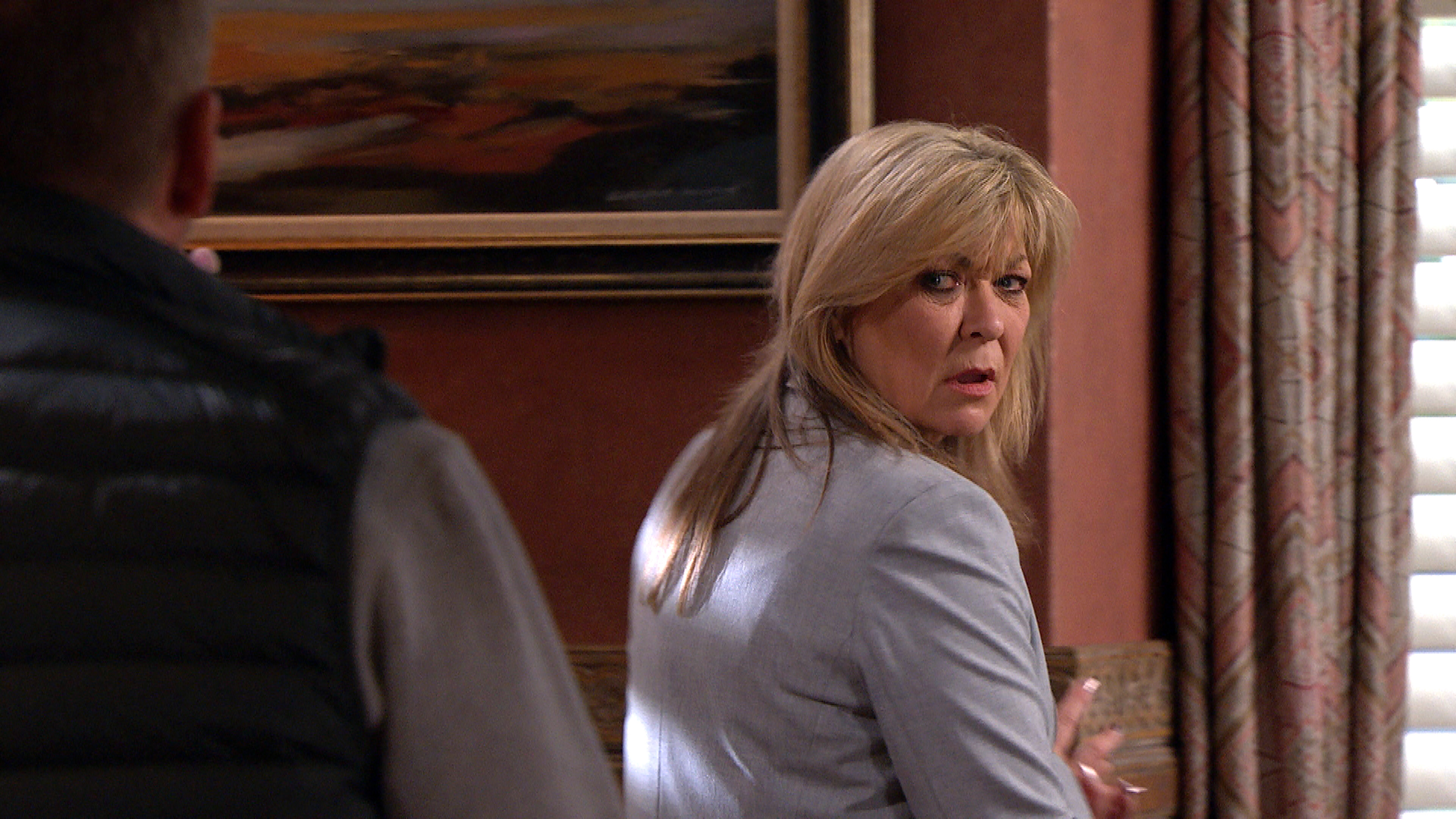 But Kim, who’s oblivious to the true cause of her symptoms, has grown convinced she’s experiencing the early signs of dementia.

Next week, Kim becomes increasingly delirious as the mystery perpetrator continues to slip poison into her brandy.

When Kim lashes out at Gabby, the teenager tells Noah she won’t put up with Kim’s outbursts for much longer. 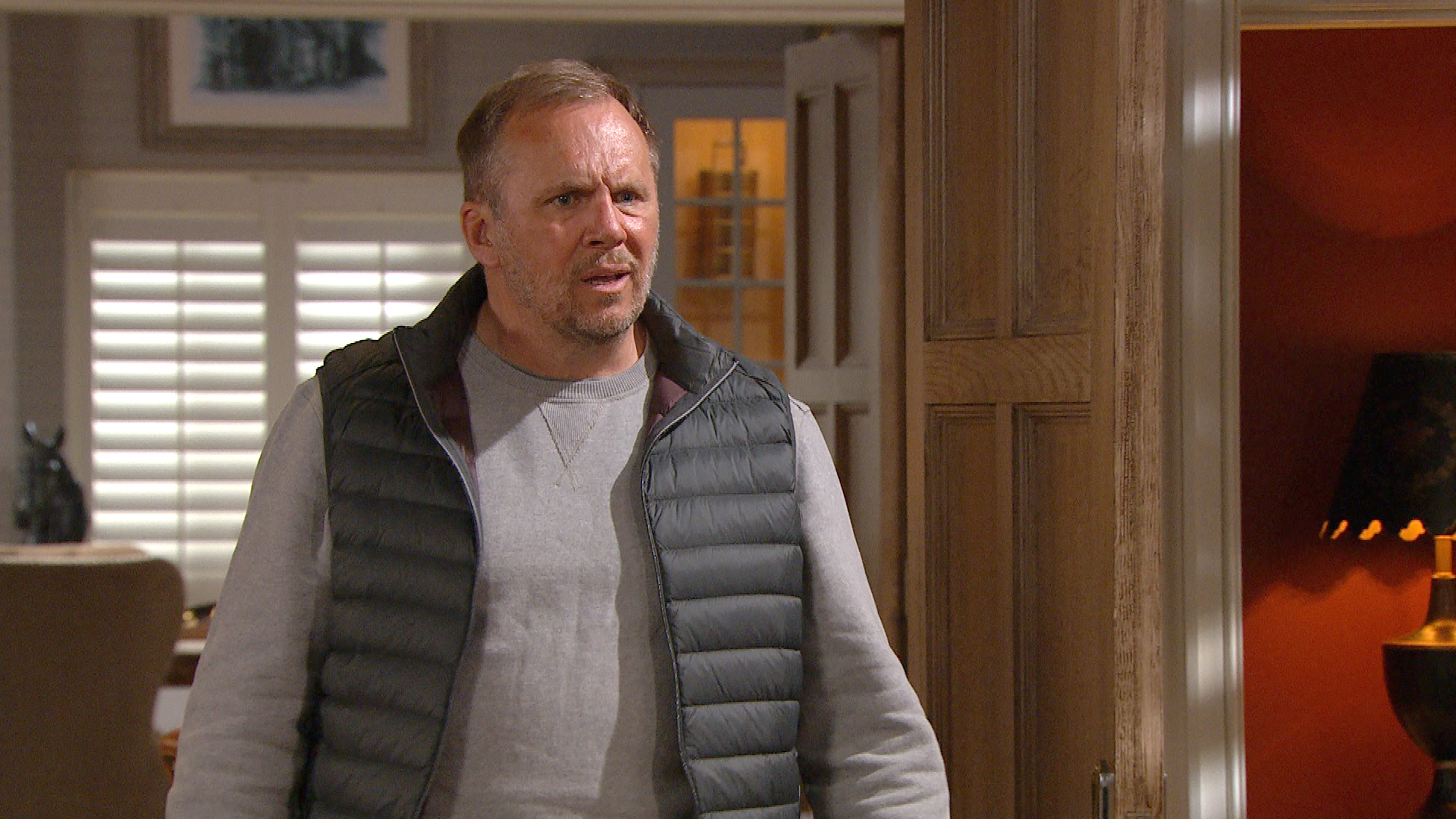 What tricks does she have up her sleeve?

Later at the HOP office, Kim is shocked when she watches the security video of Gabby threatening revenge against her. 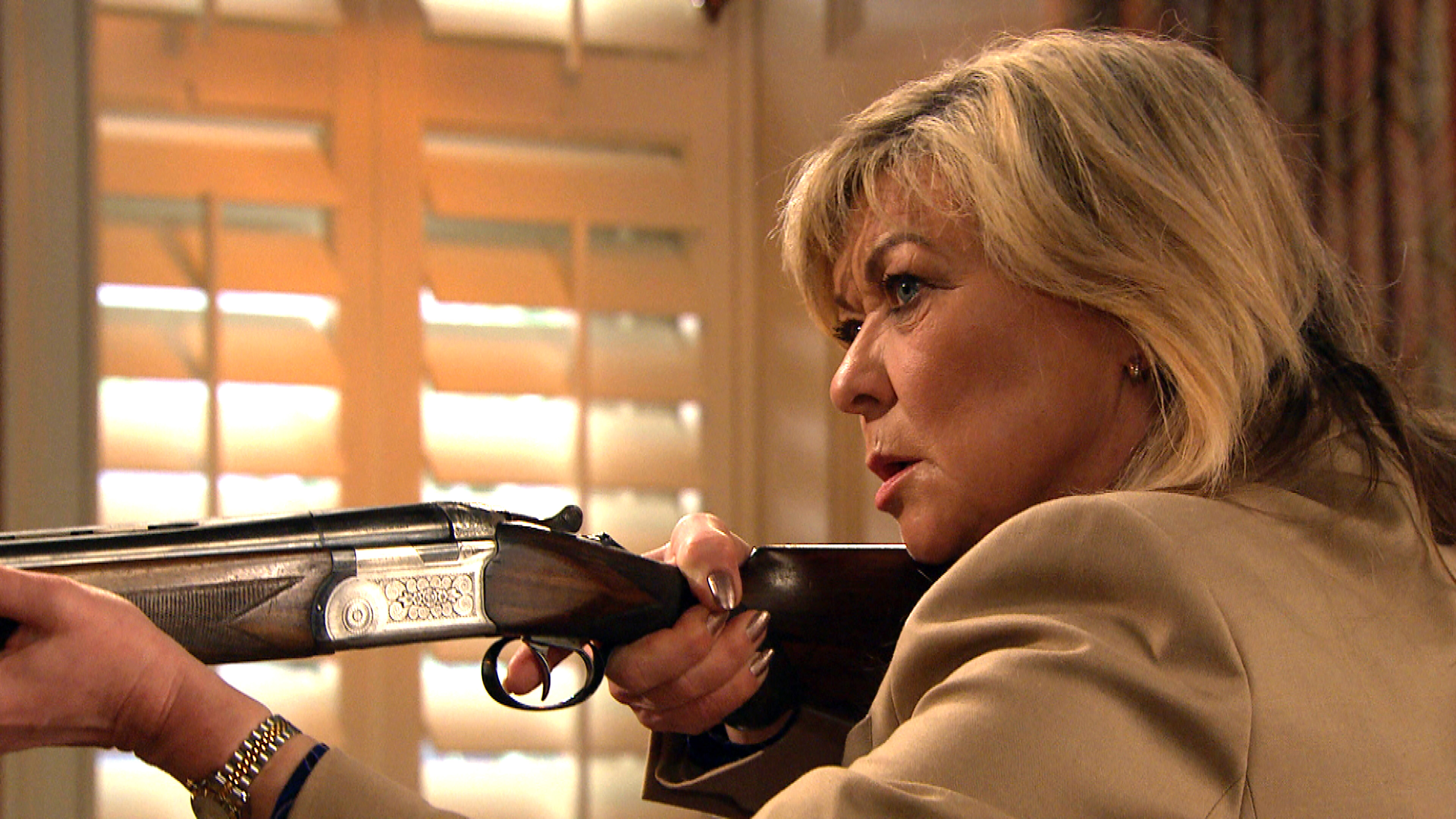 Back at Home Farm, Kim is suspicious when Will calls round to check on her.

She boots him out and locks the door behind him, convinced everyone is out to get her.

Viewers will then see Kim sitting alone and drinking her brandy.

Hearing phantom intruders, she reaches for a shotgun to protect herself.

The next day, Kim heads on a downward spiral as she bumps into Jamie and Dawn at the Hide.

When Jamie threatens revenge against Kim, Dawn worries that he’s sounding exactly like his mum.

Meanwhile, Kim sits inside Home Farm clutching her shotgun and is horrified when she sees a figure enter the house on the CCTV system.

Meanwhile, Jamie is stunned when Dawn asks him to move out of Home Farm.

Viewers will see Kim fire her gun at the intruder.

Who has she shot?