Andrea Tate (played by Anna Nightingale) went behind Kim Tate’s (Claire King) back earlier this week and persuaded Jamie Tate (Alexander Lincoln) to sign over the cottage to her as well as £100,000 for a divorce settlement. Understandably The Home Farm owner was furious with the underhand tactics and how her son has turned his back on her. But during an interview with Express.co.uk, the actress who plays the Tate matriarch revealed everyone needs to keep an eye on Andrea as the plot thickens on Emmerdale.

Earlier this year, Gabby Thomas (Rosie Bentham) and Jamie had a one night stand and she subsequently found out she was pregnant.

While the vet wasn’t pleased with the idea of being a father again with a woman he didn’t love or trust, Kim was elated to have another heir to the Tate empire.

But Gabby has other ideas and will use her position and baby to get ahead.

The actress who plays the young woman said: “I think the baby is just what she needs to get her teeth into Home Farm. 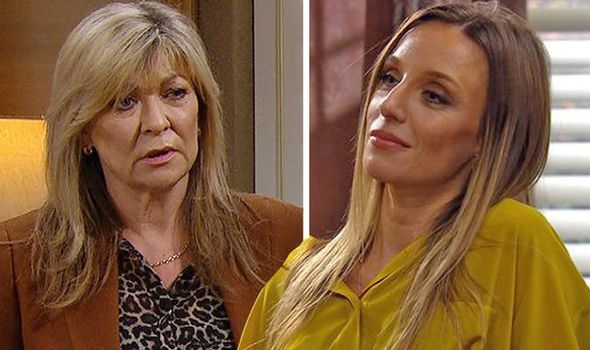 “She will take whatever Kim gives her and maybe she’ll even use the whole situation to her own advantage.

“I think Kim thinks she’s that she’s just a young girl who’s not quite sure [and] she’ll just do whatever [Kim] wants, but actually, Gabby’s got a strong head on her shoulders and she knows [she] can use this situation to [her] advantage.

“If Kim’s going to throw money and opportunities at Gabby, then yes, she’s going to take them whether Jamie stands by my side,” Rosie continued.

Claire added: “I think the other thing to note, there’s one person we’ve forgotten about all of this – Andrea – they are still going through a divorce.

“So, there’s her to consider in this, she is going to get a payout and a divorce settlement and Gabby’s aware of all this, she’s watching, listening and learning all the time.” 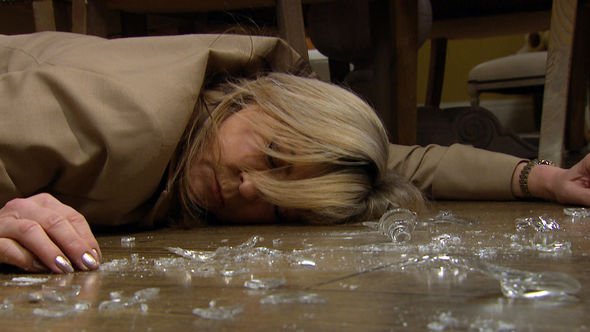 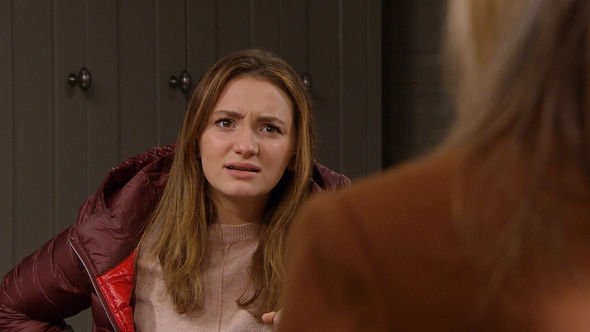 It seems Andrea could grow jealous of Gabby and Kim’s relationship as the storyline progresses.

When asked whether Kim sees Gabby as a mini-me, Claire said “there is an element of that”.

“There was one with Millie when she [Kim] first got her hands on Millie, but she missed five years of Millie’s life,” the actress said.

“I think she’s [Kim] using Gabby at the moment, because she can have this baby from day one to mould, opposed to missing the first five years or so with Millie.

“She’s educating, she’s manipulating, she’s protecting, she’s being nice to Gabby for all the wrong reasons – but yes, she sees a lot of herself in Gabby.” 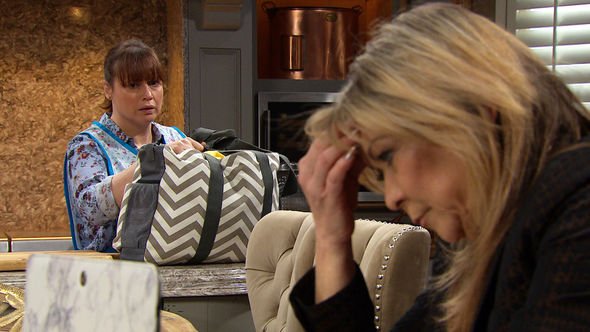 When Andrea starts to see how close Kim and Gabby become, bonding over the baby, will she find herself growing jealous and take further action?

It comes after fans suspect Gabby for poisoning Kim after she collapsed earlier this week.

The mother-to-be’s name was plastered all over social media, but what if it was Jamie or Andrea who dropped something deadly into Kim’s whiskey?

Someone on Twitter wrote: “OMG Gabby is actually poisoning Kim after all seriously? Unless it’s really Jamie & he’s just tryna frame her that is? #Emmerdale.”

“Can’t really see Gabby spiking Kim’s brandy for 2 reasons. 1: she was involved in Lisa getting spiked which ended in Liv actually getting sentdown. 2: She was the only one there when the Doctor took Kim’s blood which will show up whatever’s in her system #Emmerdale,” a fan defended.

A third said: “it is too obvious to be gabby poisoning kim… I reckon will or andrea could be behind the job #emmerdale.”

“Not drug baron Will poisoning Kim Tate. It might be the most interesting storyline #Emmerdale have done since Pierce came back,” a tweet read.

Meanwhile, Kim is worrying she has dementia after experiencing similar symptoms to those her father died of.

“My dad had a slow, painful death,” she told Gabby. “Started out with forgetfulness, confusion and blackouts.

“Within a year he couldn’t even look after himself – I can’t face that, I won’t.”