Paul (played by Reece Dinsdale) has been causing havoc in Emmerdale since his arrival last year and he has since become one of the show’s most scheming villains. The troubled character has been given this title as viewers of the ITV soap have watched him abuse his young son Vinny (Bradley Johnson), who has threatened to reveal his father’s darkest secrets to his surrogate mother, Mandy Dingle (Lisa Riley). However, with the latter set to marry Paul in this week’s episodes, a devastating sequence of events will see one villager lose their life, but will a body be hidden away as the villain commits murder?

Spoilers have revealed Vinny will feel the full force of the villain’s wrath on the wedding day, which should be the happiest day of his life, as his father and mother figures are finally reunited in holy matrimony.

Worried his abuse of his son and his gambling problems will be exposed, the villain will start to come down heavy on the teenager as he strips away his confidence at every chance.

As the two men go head-to-head, Vinny will be victim to one of the worst beatings he has ever received, but viewers will have to wait and see if he walks away with his life.

What has been revealed is three characters will be lying in hospital beds as the week of explosive drama begins, but appearing on Monday’s edition of This Morning, the actor who plays Paul, Reece, explained a fourth villager will be brought in later in the week.

Could this be Vinny’s dead body as his father attempted to cover his murderous ways and therefore, delayed vital treatment? 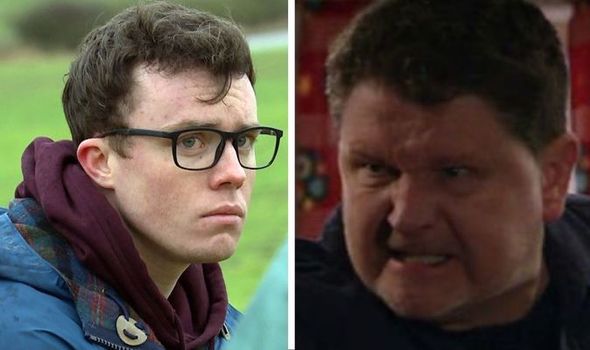 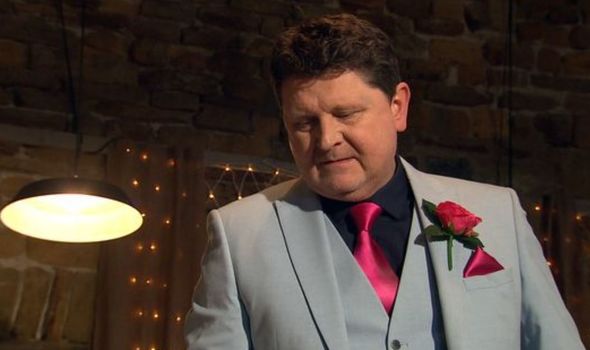 Reece told This Morning: “You will see three beds in the hospital and I don’t think you see who is in the bed but you might see who is visiting the beds.

“By the end of this week, the stunt will come to a conclusion and I think a fourth member of the cast is wheeled through as well.

“So we’ve got one of four that could meet their end,” he continued but the chances of survival for the fourth villager being brought in a lot later could be very slim.

However, if it does transpire Vinny is the victim of the disaster, who is found hours after the original incident, this would prove his father failed to hide his killer crime properly. 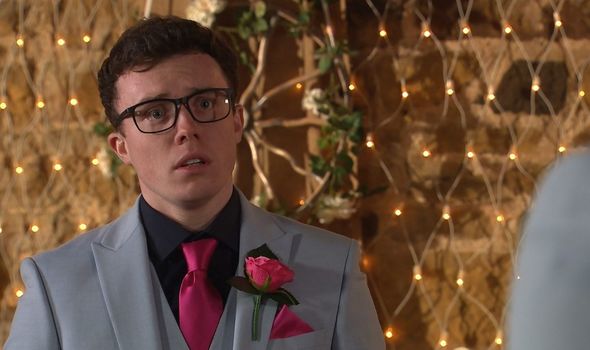 One of four could meet their end

From this, a murder investigation will launch as the authorities and the teenager’s loved ones will try to get justice for the youngster.

Paul could still get away with murder if the police were to find Vinny was killed by the disaster and rule it as a “freak accident”.

Discussing his character in a little more depth, the soap star told This Morning: “What we did with the character, we didn’t signal he was a bad man, to begin with.

“He seemed like a regular guy and people took to him and now [his storyline] has gone on for a while,” Reece explained, hinting a big turning point could be coming for his alter-ego.

If Paul does kill Vinny and the police continue with a murder investigation, will the villain finally get his comeuppance as his reign of terror comes to an end? 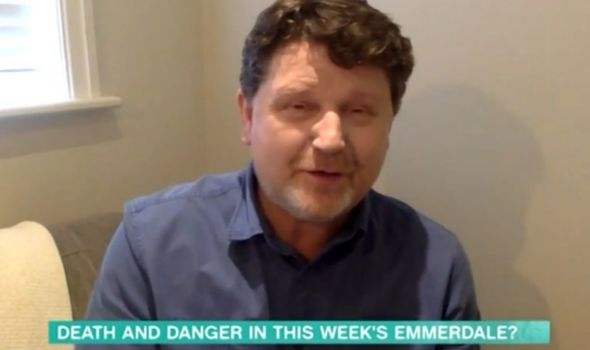 Speaking with Express.co.uk and other publications, Vinny actor Bradley has teased his character could be the one who loses his life in the biggest stunt on the soap to air since the pandemic began.

The soap star explained: “At the minute with Vinny, he’s just a nervous wreck around his dad and he would much rather take the beatings and take all that on for himself.

“He just wants to keep everyone happy and if his dad is going to take his anger out on him, fair enough. As long as the people that he’s closest to are happy.

“Vinny has endured a lot and with this beating, it’s probably the worst beating to date,” the actor declared but viewers will have to wait and see which character will meet their maker later this week.

Taking to Twitter, viewers have been sharing their theories on the outcome, with one writing: “I can’t wait for #Emmerdale this week it’s going to be incredible #ThisMorning. I’m expecting something that we won’t expect therefore I don’t think Paul will die.”

Another posted: “Paul’s character should be written off, he’s done enough damage #emmerdale.”

Whilst a third remarked: “Catching up with the soaps #Emmerdale I swear #Paul better die next week. I’m sick of him [and] #Mandy and #Vinny deserves better @emmerdale.”

“Urgh will someone put an end to Paul. Awful character and even worse storyline #Emmerdale,” a fourth displeased fan commented.