Emmerdale: Rebecca Sarker on what's next for Manpreet & Charles

Manpreet (played by Rebecca Sarker) has recently returned from Ibiza, where she was taking some time out following the end of Meena’s (Paige Sandhu) reign of terror on Emmerdale. With her sister now serving a 75-year sentence behind bars, Manpreet thought she would never have to hear from her or about her ever again. However, the emergence of Naomi Walters (Karene Peter) on the ITV soap, the long-lost daughter of Charles Anderson (Kevin Mathurin), could force the doctor to remember some more disturbing memories about her sibling.

The drama continues in next week’s episodes as Manpreet continues to support her partner Charles over the fact his daughter doesn’t want a relationship with him.

Although the vicar is finding it difficult, his partner tells him to not give up and to give Naomi some time to come to terms with things.

However, when she enters the café in Friday night’s episode, she is intrigued by a phone call Marcus Dean (Darcy Grey) is having.

Unaware he can be heard, the electrician discusses the matter without any sense the information could be leaked. 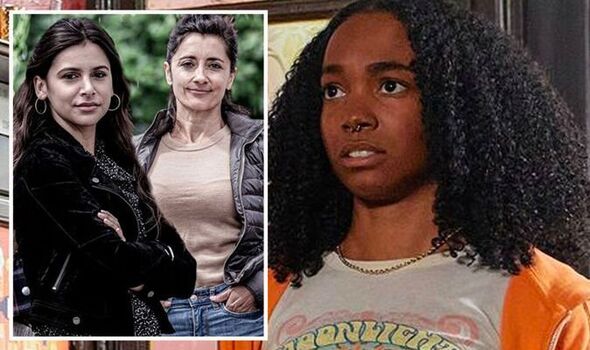 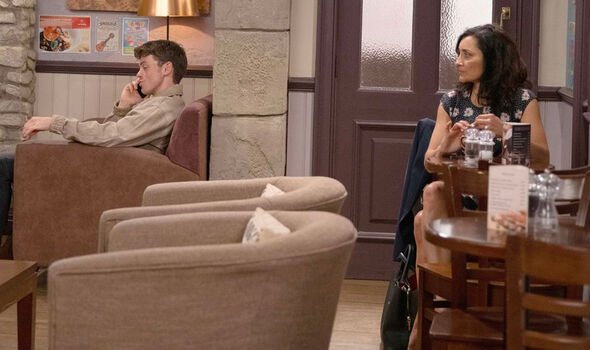 With Charles also in the café, Marcus is forced to admit Ethan has been meeting up with his sister Naomi behind their father’s back.

The vicar will be devastated to hear this and will be thankful Manpreet managed to coax the truth out of Ethan’s boyfriend.

As her partner despairs over the fact his son and daughter are building a relationship, Manpreet could do some more digging into Naomi.

Having met the newcomer a handful of times, Manpreet could be struggling to picture how she knows her seeing as her face is very familiar.

It could suddenly dawn on the doctor she was at school with Meena and the two were good friends for a period of time. 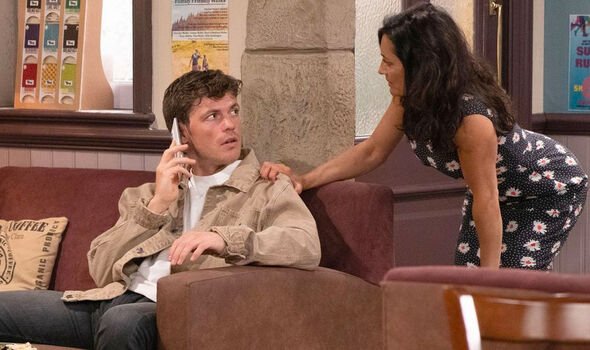 They know each other inside out really

Instead of going to Charles with this information, Manpreet could go behind her partner’s back and meet with the newcomer.

As she gets Naomi’s phone number from Ethan’s mobile, Manpreet could ask the young woman to meet her for a coffee to discuss matters.

Turning up at the meeting point, Naomi could be quite hostile as she thinks she is going to be interrogated about her father.

However, she would be surprised to learn Manpreet wants to talk to her about Meena, someone she thought she would never have to talk about again.

With Manpreet intrigued to know if Naomi saw her villainous side at such a young age, the doctor could be rocked to the core over what she hears.

Naomi could explain she and Meena were friends but she was forced to bridge a distance between them when things took a sinister turn.

It could have been Meena became quite obsessive over Naomi and wouldn’t let her talk to anyone else but her.

This could have led to the newcomer feeling isolated at school and so she could have requested to move so she wouldn’t be near Meena anymore.

Meena would have had no idea where Naomi went and thus, she could have become obsessed with someone else and this chain reaction could have continued.

Will Manpreet finally start to understand a bit more about her sister and will she have more questions for Naomi about the villain?

How well do you know your British soaps?

How many times has Ian Beale been married in EastEnders?

What is the name of Bianca Jackson and Ricky Butcher’s son on EastEnders?

On EastEnders in 2002, who accidentally ran Jamie Mitchell over in his car which caused his death?

How many times has Corrie’s Steve McDonald been married?

What happened to Emily Bishop in Coronation Street?

Who murdered Maxine Peacock in Coronation Street in 2003?

Which incident in 1993 killed off four characters in Emmerdale?

When did the show stop being known as Emmerdale Farm?

On what date did Hollyoaks air its first episode?

What was the name of the much-loved Coronation Street pet dog who was put down in April 2020 after 14 years?

1996 saw the arrival of one of Hollyoaks all time bad boys and rival of Kurt Benson, but who was he?

Who is the longest serving character on Coronation Street?

Who shot Phil in EastEnders?

How many fires have there been at Corrie’s Rovers Return?

Get out of my pub, you’re no soaps fan

The actress who plays Manpreet, Rebecca, has spoken out about her character’s relationship before the sisters went their separate ways.

Rebecca explained of seeing Meena in court: “She knows those weapons are in Meena’s armour and that Meena will throw anything at her to favour her case.

“The sisters know each other inside out really, she’s aware and she’s trying to prepare herself for what happens. To be so publicly exposed in court is a triggering experience for her.”

However, would anything prepare Manpreet for the realisation the daughter of her partner used to be her sister’s best friend?

The actress who plays Naomi, Karene, has also spoken about what her character is like and how she could be similar to Meena.

Karene said: “She’s a bit of a rebel. I just think there’s slight abandonment issues there with her dad and her mum.

“Charles didn’t want anything to do with her after finding out about her. That’s informed Naomi’s initial impression of her biological dad, which isn’t a great one.”

Could it be she is on a quest for revenge as her experience with Meena made her adopt some of the villain’s sinister ways?

Emmerdale airs weekdays at 7:30pm on ITV, with an hour-long episode airing on Thursdays.