‘F9’: Dwayne Johnson Is in the Most Successful ‘Fast and Furious’ Movies

The Fast and Furious franchise isn’t big enough for both Vin Diesel and Dwayne Johnson, it seems. The two actors co-starred in four installments of the popular action series. But of course, their behind-the-scenes feud has become a hot topic for years. Diesel and Johnson seemingly buried the hatchet, but with recent comments pushing their rivalry into the spotlight, it’s worth acknowledging how Johnson saved the franchise. 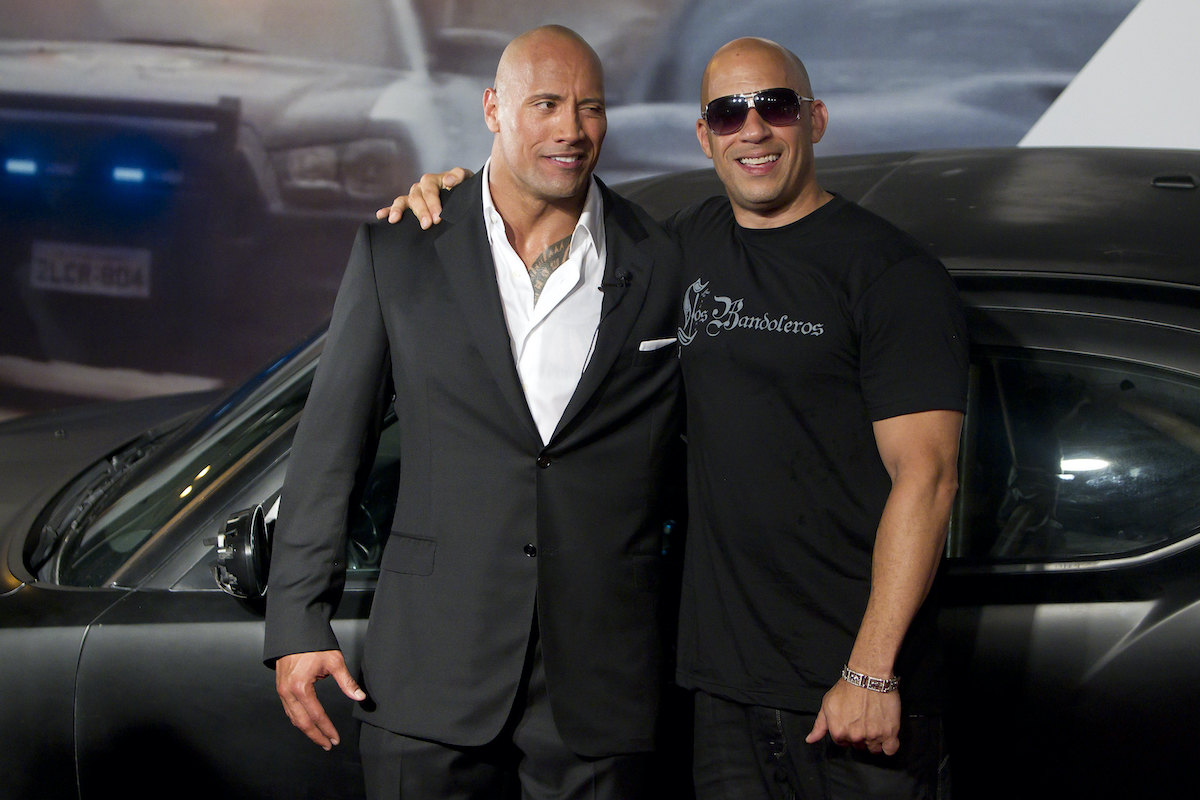 When 2001’s The Fast and the Furious hit theaters, it was an unexpected hit. According to Box Office Mojo, the film earned $207 million worldwide against a $38 million production budget. So a franchise seemed inevitable. The first film centered on the dynamic between Diesel’s Dominic Toretto and Paul Walker’s Brian O’Conner. Their story — which many compare to Point Break — was the foundation for everything after it.

However, Diesel opted out of returning for the sequel, 2003’s 2 Fast 2 Furious, leaving Walker to co-headline it with Tyrese Gibson. Finally, Diesel returned for a cameo in the next film, which led to a full-on reunion by the fourth entry. 2009’s Fast & Furious brought Diesel, Walker, Jordana Brewster, and Michelle Rodriguez (in flashbacks) back to the series. That initial spark reignited the series a bit but not like Johnson’s addition.

If Fast & Furious put the franchise back on course, then Fast Five helped it transcend to new fans. Johnson joined the cast as a government agent hunting Dom. And suddenly, the series had become blockbuster material. Fast Five‘s $626 million gross far eclipsed the $360 million of its predecessor. With Gibson, Chris “Ludacris” Bridges, Sung Kang, and Gal Gadot also in the movie, it was The Avengers of Fast and Furious.

Later films added high-profile actors such as Jason Statham and Charlize Theron. But Johnson’s casting — and existing fan base — catapulted the Fast and Furious to its full potential. According to The-Numbers.com, every single entry in the series has outperformed Fast Five at the box office, including the Johnson-Statham spinoff Hobbs & Shaw. As much as Diesel might not like to admit it, Johnson helped the films turn a corner.

Will Dwayne Johnson and Vin Diesel share the screen again before the ‘Fast and Furious’ runs out of gas?

That all begs the question of how Johnson’s absence will affect the box office prospects of 2021’s F9. After all, it’s the first entry he doesn’t appear in a decade. But then again, the series’ momentum will likely carry it through at this point. And many of the longtime stars are back alongside franchise newcomer John Cena.

With supposedly only two more movies left in the tank, it’s unclear if Johnson will return to play Hobbs even one more time. A Hobbs & Shaw sequel remains in development, but fans would no doubt love to see him reunite with Diesel and company for one last ride. If any case, Johnson’s track record speaks for itself.