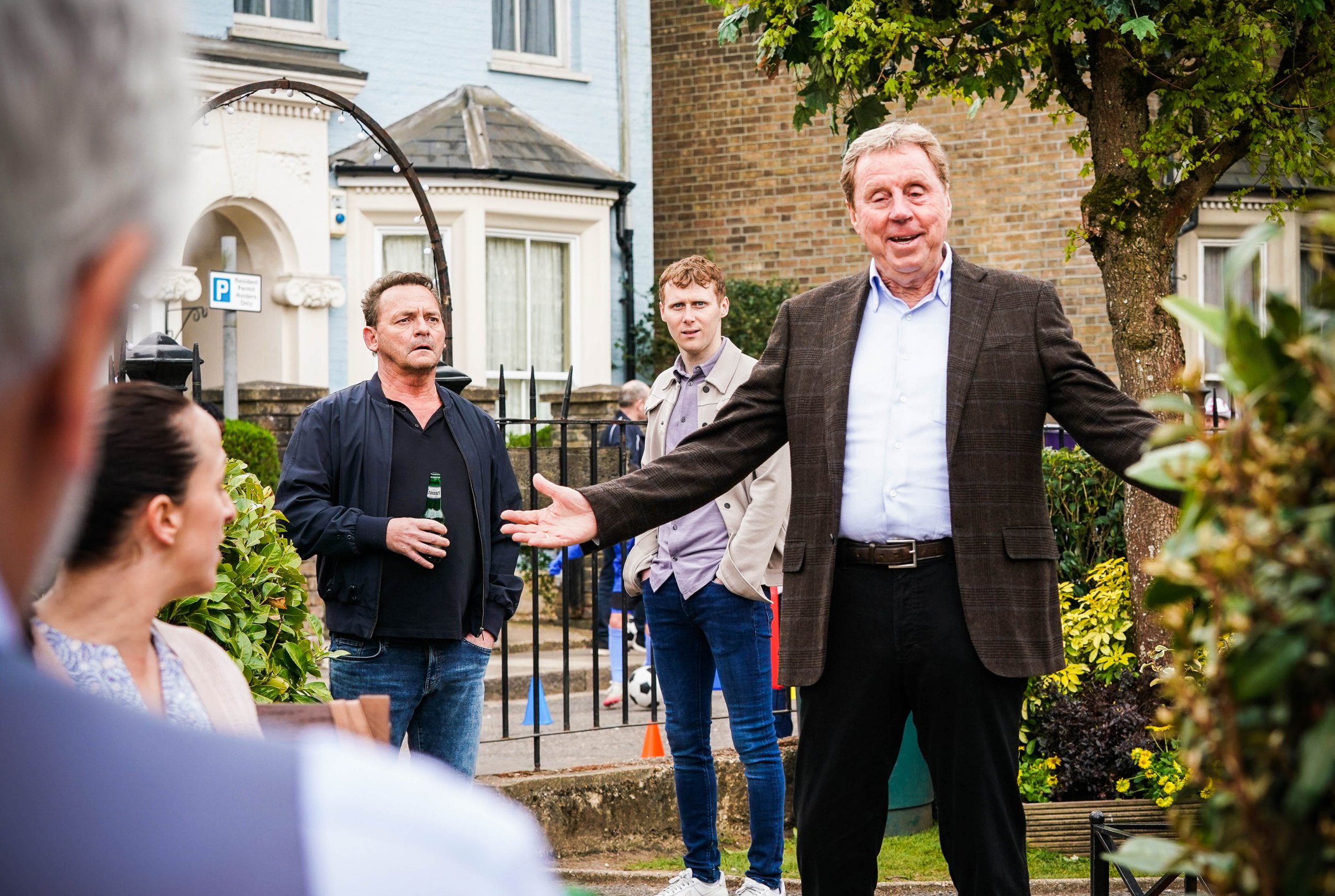 Harry Redknapp turns heads in Walford as he drops in to see old mate Terry Cant aka Rocky (Brian Conley) in these first look pictures from his special guest appearance.

The Albert Square residents are busy celebrating the Euros in the sunshine when they get a visit from none other than the former football coach.

His arrival causes a stir among the locals such as Sonia Fowler (Natalie Cassidy) and Kathy Beale (Gillian Taylforth), who are stunned to see Harry himself stop by.

The newly released images show a smiling Harry having a chat with Rocky as he enjoys a beer outside the Queen Vic.

Kathy, Sonia, Billy Mitchell (Perry Fenwick) and Jay Brown (Jamie Borthwick) watch on surprised that Rocky is on first name terms with the I’m A Celebrity…Get Me Out Of Here! champ.

The part is a ‘dream come true’ for Harry who loved his time on the set.

He told The Sun: ‘I’ve always wanted to have a drink in the Queen Vic. Danny Dyer was terrific to work with.’

According to reports, Harry’s scene sees him return to his roots from ‘posh’ Sandbanks, the Dorset peninsula he moved to over 20 years ago.

He then discusses going into business with Mick as the pair enjoy a natter in the Queen Vic. No doubt there will be some football banter between Harry and West Ham supporter Mick.