Eurovision 2021 has been one of the closest races yet for the show’s history, with all the performances giving it their all. France’s Barbara Pravi is no different, performing the song Voila, she has been one of the bookie’s favourites from the start. But what is the meaning behind the lyrics?

What does Barbara Pravi’s performance mean?

France gave a powerful and elegant performance during the Grand Final, putting them in place to earn a top spot, or even win the show.

Fans have loved Barbara Pravi’s song Viola and she gave an emotional performance.

The song has left many fans wondering what the meaning behind it is and what the song lyrics translate to.

Simply, the title of the song Viola translates to here in English, portraying the deeper meaning behind the lyrics. 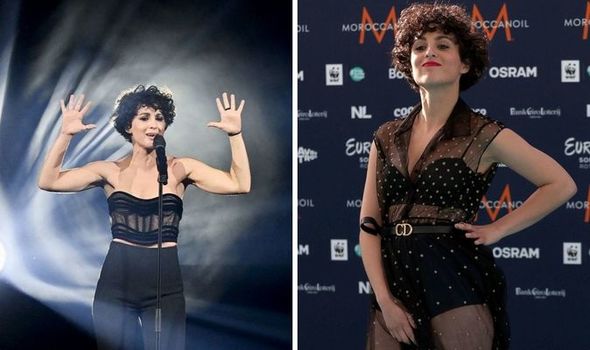 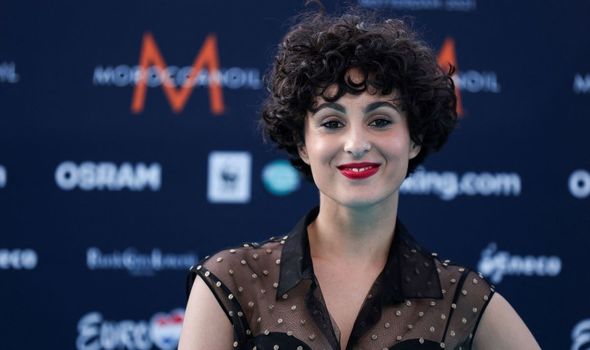 The opening lyrics of the song, translated into English mean:

“Listen to me, the wannabe singer.

To your loves, to your friends
Tell them about this girl with black eyes and her crazy dream
Me, what I want is to write stories that reach you
That’s all.”

Speaking to wiwibloggs, Barbara Pravi explained the true meaning behind the song both for fans and herself.

She said: “I often think that ‘Voilà’ is the end and the beginning of something. 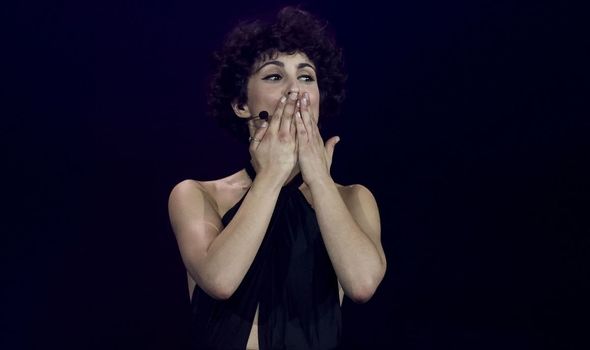 “It’s the end of twenty five years of a battle with myself to feel happy, to feel proud, to understand that I am capable of doing things. “

She continued: “It’s the beginning because now I am ready to say hello, that’s me, and I don’t mind if you like me…because that’s just what I am.”

Essentially the song is about accepting yourself and your place in life and that it can be hard to accept what you want to be.

Barbara Pravi also explained she kept her love of singing largely to herself until recently, it was only the application process for Eurovision that helped her accept it. 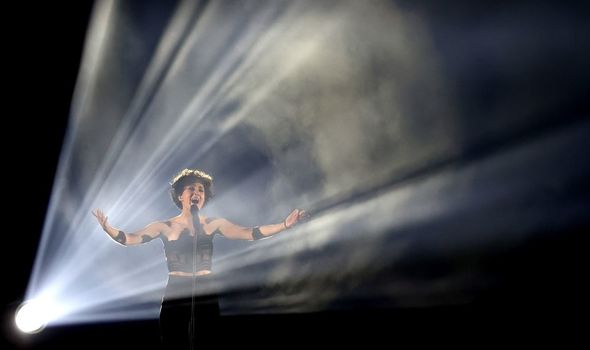 She added: “Until September my music was confidential. I live in Paris, so I know that people in Paris know me. It’s only a small town. I want to make music for the world.

“I want all the world to hear my songs and it will be a dream. The difference is I don’t want my music to be confidential anymore. If it can be more gigantic I will be very proud and very happy.”

The message of the song has clearly resonated with fans, as France is number two with bookies to win.

Only Italy’s Maneskin is ahead with the song Zitti E Buoni, but the two could flip positions at any moment tonight, with the competition still open for the taking.

Pravi’s live performance during the final was very popular for fans, with many taking to the comments of the Eurovision YouTube channel’s post of the performance.

One fan said: “Won’t lie, I had no clue what to expect. And almost teared up out of nowhere!”

Another fan added: “She is an angel, amazing, wonderful. She just sings with her emotions and her heart. No need for extra hair, less clothes, crazy choreography, dancers. She is just and purely HERSELF.”

A third summarised just how powerful the song is by saying: “When you don’t understand the words, but anyway you cry…”

Eurovision is available to watch on BBC One and BBC iPlayer.