'Friends: The Reunion' Is an Emotional Walk Down Memory Lane

Seventeen years after the hit NBC series ended in 2004, the cast of Friends has finally reunited for a highly anticipated special that sees Jennifer Aniston, Courteney Cox, Lisa Kudrow, Matt LeBlanc, Matthew Perry and David Schwimmer laughing and crying as they take fans on an emotional walk down memory lane.

During the two-hour event, the gang sits down with James Corden to answer questions about making the show, revisits the set, where they recreate the famous trivia game from the season 4 episode, “The One With the Embryos,” and perform table reads of iconic scenes from the series’ 10-season run. Oh, and a seemingly random assortment of celebrities — from activist Malala Yousafzai to Kit Harington to BTS — pop up to share their own memories or favorite moments from Friends.

While there are a few fun revelations — nothing we can spoil here, but good enough to leave diehard fans wondering what if — the reunion is more about all those feelings of seeing Rachel, Monica, Phoebe, Ross, Chandler and Joey back together in one room as the special reminds fans just how much of a cultural phenomenon the series was and continues to be. 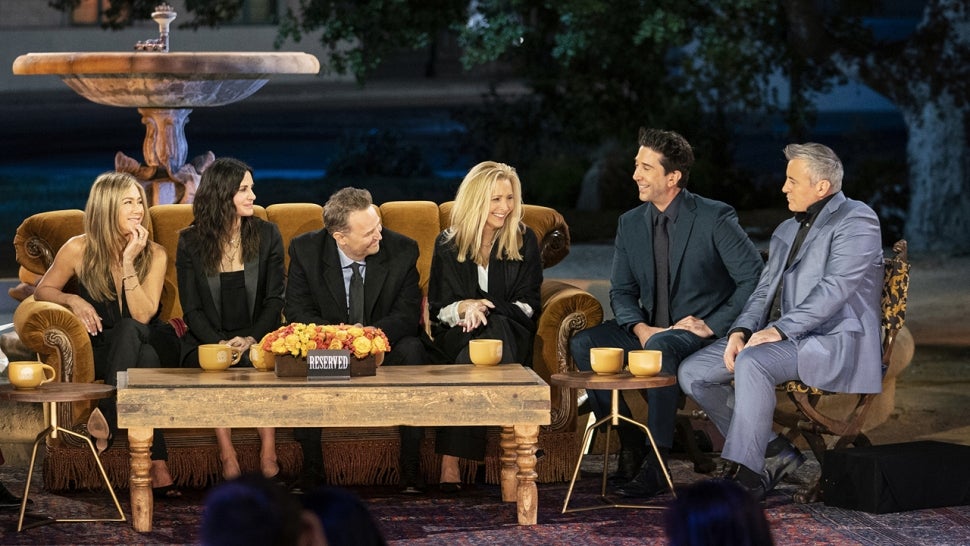 At its best, for fans who remember buying DVDs, it’s like the best of those extras, with blooper reels, behind-the-scenes moments, interviews with the cast and creators, and just a teensy bit of insight into what makes it all work.

And just like the cast, who were in tears the moment they walked back on set and later couldn’t stop laughing as they watched highlights from the show, fans will likely be the same. Like Kudrow’s laugh, their emotions are contagious.

“It’s been very nostalgic,” Perry told ET about taping the reunion, best summing up the experience about seeing the old sets and revisiting with the cast and crew as “a very heartwarming thing.”

So prepare to cuddle up with a bunch of familiar faces when Friends: The Reunion debuts Thursday, May 27 on HBO Max. For full coverage of the special, including how to watch, exclusive interviews with the cast and must-see moments, be sure to follow along at ETonline.com.