Good Morning Britain is still suffering in the wake of Piers Morgan’s exit – a whole three months ago – as fewer and fewer television watchers are choosing to switch on ITV and watch their morning news and chat show. It comes after the latest viewing figures were released and just 450,000 people chose GMB yesterday morning.

Commentator and broadcaster Darren Grimes took to Twitter to announce: “Oh dear, @GMB pulled in its lowest ever viewing figures yesterday with just 450,000 viewers. @piersmorgan must be thrilled!”

Some took to the comments section to offer reasons why the show may have suffered a decrease in popularity.

One tweet read: “One of the important questions GMB asked this morning ‘ when working from home, is it ok to answer the phone while on the loo’ top journalism.”

“Watched it this morning and all the presenters seemed to do for half an hour was talk about themselves! Gave up and turned over!” Another mentioned.

A third said: “It’s unwatchable. It’s gone back to being mushy, woke, snowflake, flim-flam talking about who’s offended & who’s got a nice hair do.” 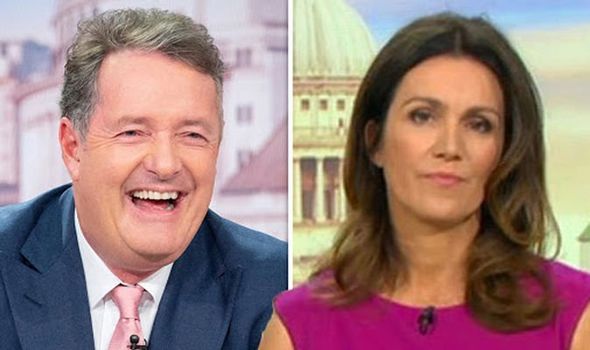 Yesterday, Adil Ray MBE was the guest presenter while Ranvir Singh sat in for Susanna Reid as she takes a week off for half term.

GMB has been competing against BBC Breakfast for years and Dan Walker and Louise Minchin have always been several strides ahead.

But, on March 9, the day Piers decided to quit his role as Monday-Wednesday presenter, the show’s viewing figures finally overtook their rival.

On March 10, however, less than 12 hours after he walked out the door, GMB resumed their role of second-best on the viewing figures list.