Bad news for Grey’s Anatomy fans: No new episode of the series airs this week, April 29, 2021. But next week’s episode is poised to be an exciting one, as it features the guest appearance of Sarah Drew. Ahead of her return to the show, the actor spoke about April and Jackson’s relationship as it stands now.

Drew began portraying April in Grey’s Anatomy Season 6. When we meet her, she and Jackson are friends, having worked together at Mercy West before it combined with Seattle Grace. However, they grow closer throughout the years, eventually developing a romantic relationship.

April and Jackson break things off, and she gets engaged to Matthew, a paramedic. Jackson interrupts when she’s at the altar, and they elope. The pair separate after losing their son, Samuel, but April gets pregnant with Harriet while they’re in the process of divorcing, and they decide to co-parent.

She left in ‘Grey’s Anatomy’ Season 14

In March 2018, ABC announced that Drew and Jessica Capshaw, who portrayed Arizona Robbins, would be exiting Grey’s Anatomy with the end of season 14. Drew responded to the news by saying that she was “sad” but added to her fans, “I love you, and I love April, and her story isn’t over yet.”

The season ended with April beginning to date Matthew again after the death of his wife during childbirth. They get into a major car accident, but both survive. April quits, and Matthew proposes while they attend what was supposed to be Alex and Jo’s wedding. So Matthew and April get married instead.

Drew says April and Jackson have continued to co-parent 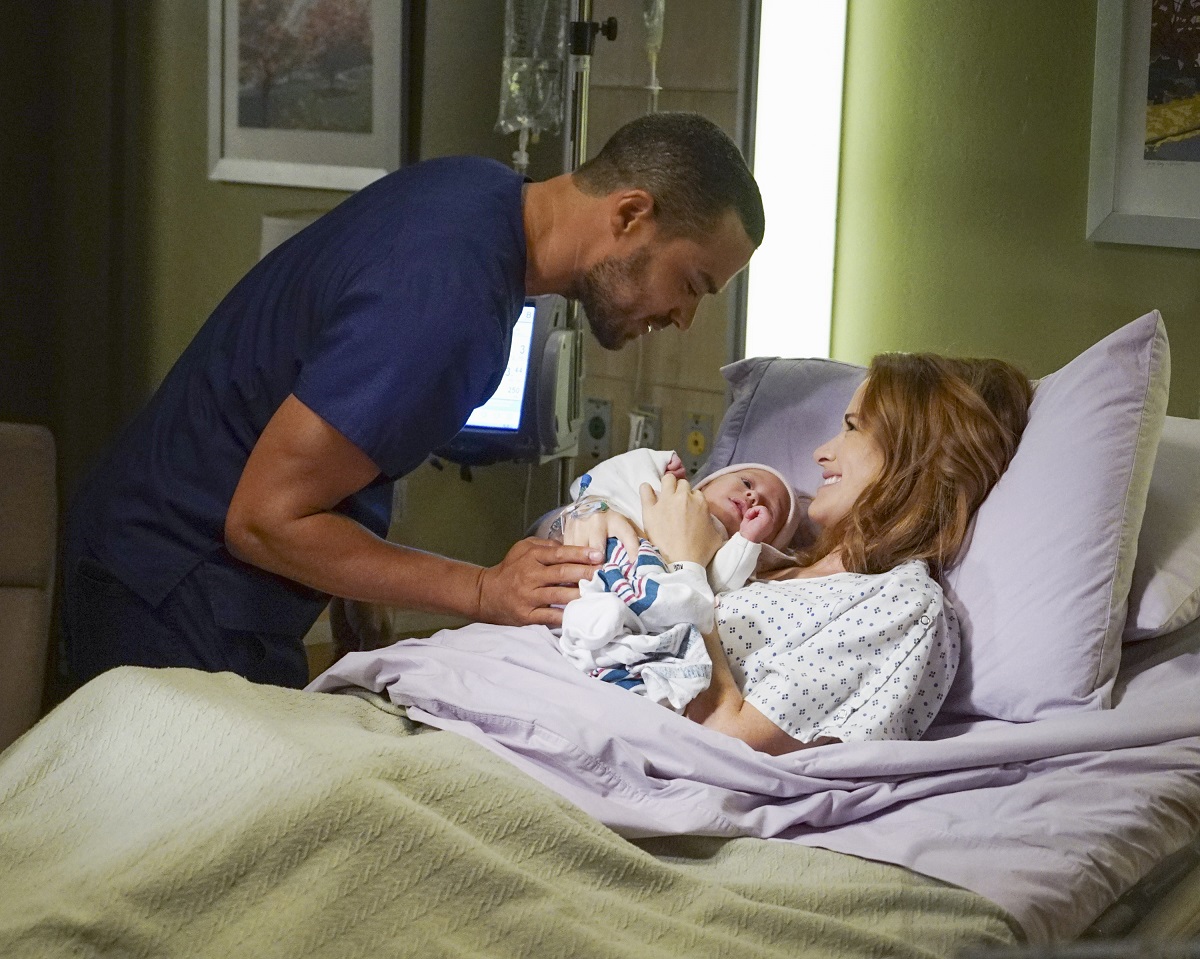 While Drew hasn’t appeared on screen since the Grey’s Anatomy Season 14 finale, her and Jackson’s daughter, Harriet, has. The actor told Entertainment Tonight in 2021 that her character has “still been living in Seattle with Matthew and co-parenting Harriet…That’s where she’s been.”

Drew clarified that Jackson and April have remained on good terms throughout the coronavirus (COVID-19) pandemic, which has part of the show this season. “He has Harriet sometimes. She has Harriet sometimes,” she said. “I would say they’ve always been a health, working, co-parenting team.”

When does April return to ‘Grey’s Anatomy’?

Drew answered what questions she could about the Grey’s Anatomy Season 17 episode “Look Up Child.” In the promotional trailer for the episode, which airs May 6, 2021, Jackson arrives at April’s house, where she’s holding Harriet. But it’s unclear if what happens between them is romantic or just friendly.

As for appearing in future episodes, Drew says, “It would be lovely to come back, from my perspective.” She added, “I think the door was always open for April to appear in more episodes because she was still in Seattle co-parenting with Jackson. So it’s just a matter of what works for the story.”