Helen McCrory Remembered by Damian Lewis as 'The Brightest Star'

“Her craft was something she approached with a rigour, an honesty, an intelligence that made others rise to meet her,” “Billions” actor says 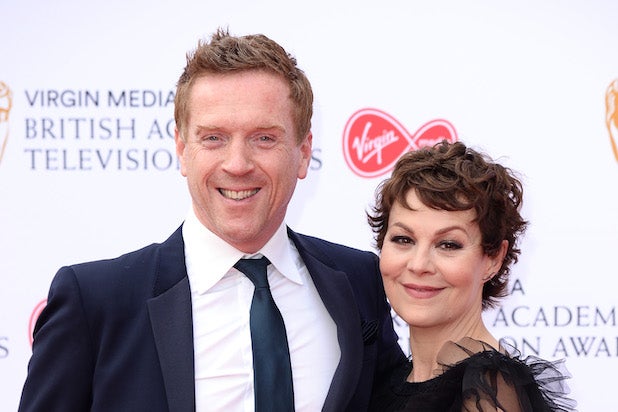 “Billions” actor Damian Lewis is paying tribute to his late wife, Helen McCrory — who died on Friday at age 52 after battling cancer — by praising her craft, her humor and her lightness around others.

“Already I miss her. She has shone more brightly in the last months than you would imagine even the brightest star could shine,” Lewis wrote in a Sunday Times op-ed over the weekend. “Her craft was something she approached with a rigour, an honesty, an intelligence that made others rise to meet her.”

McCrory, a British actress best known for her roles in “Peaky Blinders” and in the “Harry Potter” films as Narcissa Malfoy, died peacefully Friday after a “heroic battle” with cancer, as announced by Lewis. Her passing led to an outpouring of support from her co-stars and other admirers, including her on-screen husband in the “Potter” movies, Jason Isaacs, and her “Peaky Blinders” co-star Cillian Murphy.

Lewis, who married McCrory in 2007 and had two children with her, said he’s thinking fondly of McCrory as the rest of England mourned the Duke of Edinburgh this past weekend. To open his Sunday Times piece, he joked that he could practically hear his wife shouting to him, “Keep it short, Damian, it’s not about you.”

Lewis said he and others frequently referred to McCrory as “Dame Helen,” though in the process he apologized to Dame Helen Mirren, with whom McCrory co-starred in “The Queen.” But he was hopeful that, should his wife have lived longer, there may have come a day when she would be bestowed the title of Dame Helen as well.

In addition to praising her craft, Lewis also wrote kindly about McCrory’s spirit, even in her waning days. “One nurse at the Royal Marsden told me they actually looked forward to Helen coming in because she made their day better… she cared about their lives,” he wrote.

Lewis concluded his piece by saying that McCrory once told him he “must love again,” but if possible, “try at least to get through the funeral without snogging someone.”