Here's What to Watch on Disney Plus This Month

Disney+ is dropping a bunch of hot new titles this month including must-see TV and movies.

While you’re watching all new episodes of Star Wars: The Bad Batch, High School Music: The Musical: The Series and Big Shot, be sure to make room in your watchlist for Disney’s latest must-see Avengers series, Loki.

Disney Pixar is also dropping their newest animated film this month. Be on the lookout for Luca, a coming-of-age story about two friends in the Italian Riviera who share a special nautical secret.

Whether you’re in the mood to get lost in a fantasy or just sing along to some show tunes, you’ll find something to fall in love with here, with unforgettable appearances from Tom Hiddleston, Owen Wilson, Olivia Rodrigo, John Stamos and more.

So grab your favorite blanket, make some popcorn and let us point you to your next big TV obsession.

Loki has a big task ahead of him. Tom Hiddleston’s eponymous character is tasked by the Time Variance Authority with helping to fix the reality he broke when he teleported with the Tesseract in Avengers: Endgame. You can stream new episodes of the brand new series weekly. 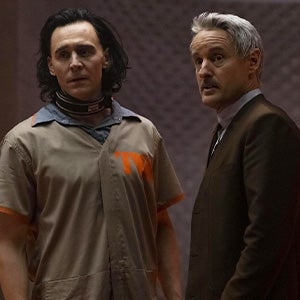 This movie follows best friends Luca (Jacob Tremblay) and Alberto (Jack Dylan Grazer) as they have the summer of their lives on the Italian Riviera. However, the boys share one big secret: They are actually sea creatures from an oceanic world. 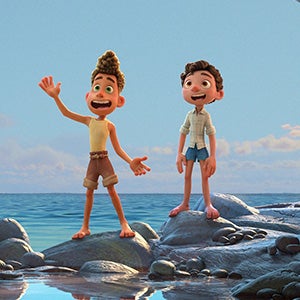 After winning a scholarship competition, four gifted orphans are recruited by a man named Mr. Benedict for a dangerous mission to save the world from a global crisis. After infiltrating the L.I.V.E Institute, they discover that the headmaster is behind all of it and they must band together to stop him. The series stars Tony Hale and Kristen Schaal. 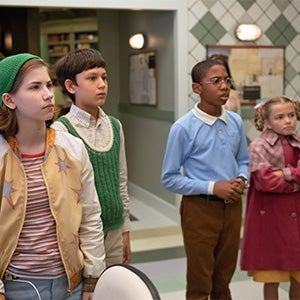 Want to see what other titles are heading to the streaming service in June? Get the full list below:

Raya and the Last Dragon

Ice Age: Dawn of the Dinosaurs

Disney Just Roll With It Season 2

Everything 'Star Wars' Streaming on Disney Plus

Upcoming Marvel Movies and TV From 'Loki' to 'Fantastic Four'