HOLLY Willoughby cowered in terror on today's This Morning after hearing a loud bang in the studio.

The moment would have passed unnoticed by most viewers had Phillip Schofield not drawn attention to it after an ad break. 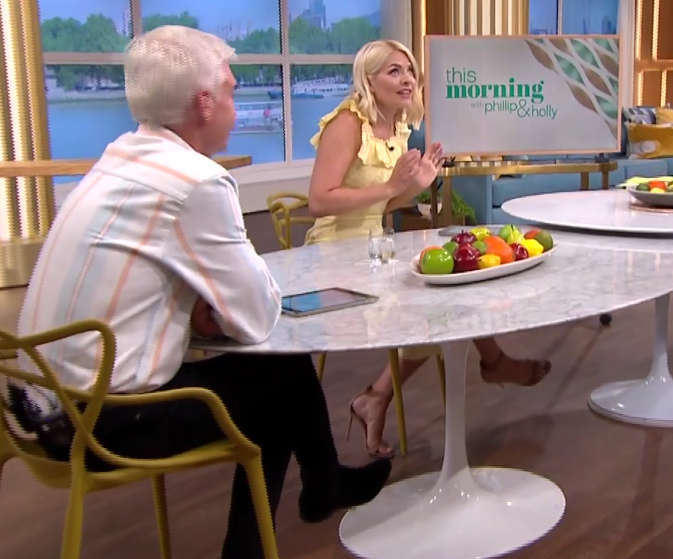 Tickled Phillip was amused by his co-star's scared reaction at the end of call-in on sleep problems.

Sitting in a lemon yellow dress, a worried Holly mouthed "what's that?" and shrunk in her seat after hearing a noise backstage.

Phillip said: "You are a bag of nerves.

"It was a piece of vinyl rolling off a desk. Look at this reaction."

Holly replied: "Yes, but I didn't know that. It was a loud bang. I did think it was like a light falling out of the ceiling."

Yesterday Holly blushed as a Dreamboy ripped off his shirt and did a backflip on the show.

The flirty presenter, 40, complimented performer Zac Smith after being impressed by his muscly body. 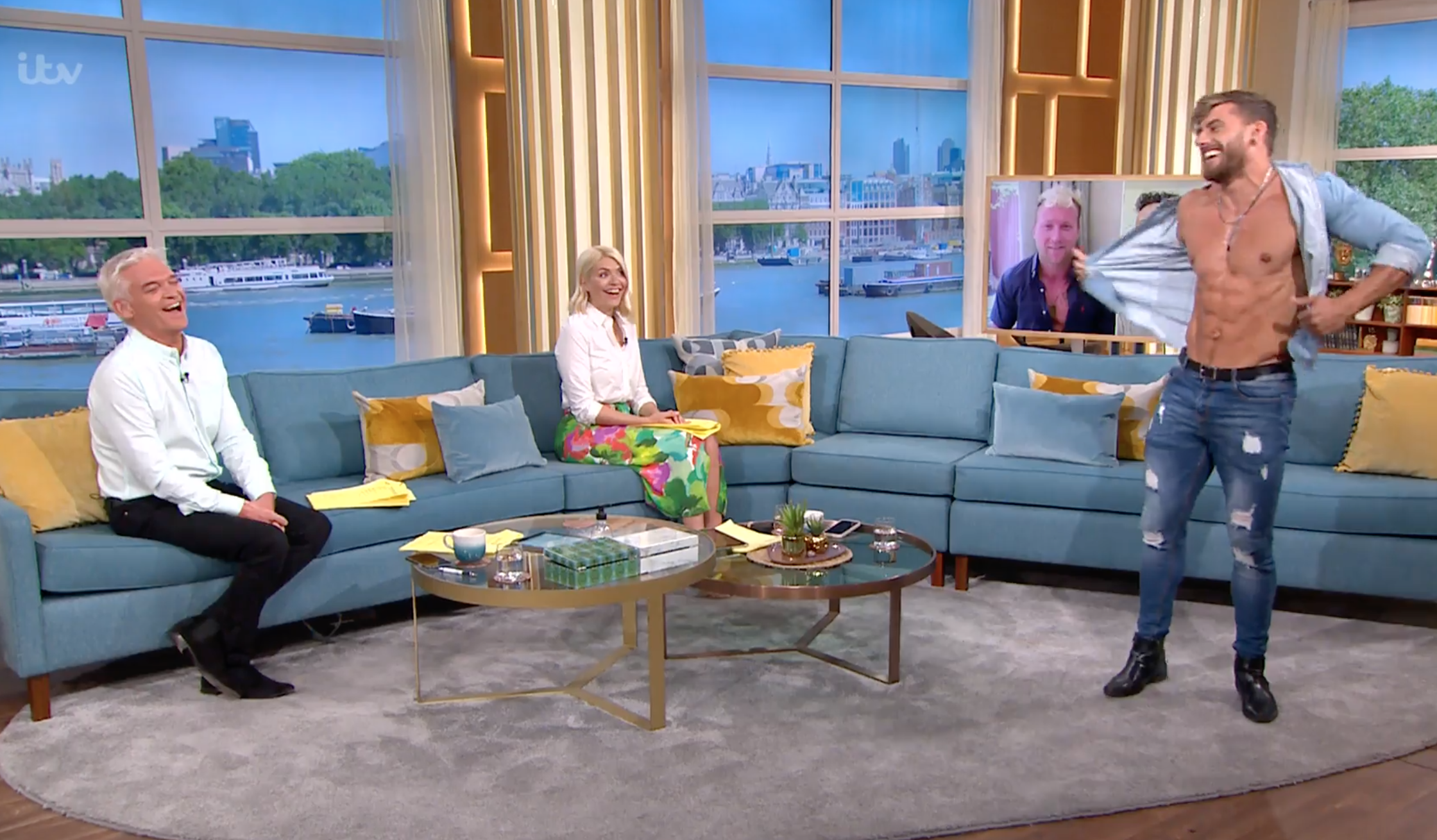 She was taken aback when Zac interrupted their interview, telling her: "Hold on a second.

"I've been in a cage for a year and I'm sure I won't have any objections if I just let my hair down a little bit."

Popping open his shirt buttons, hunky Zac said: "So with all due respect, this is what a Dreamboy is." 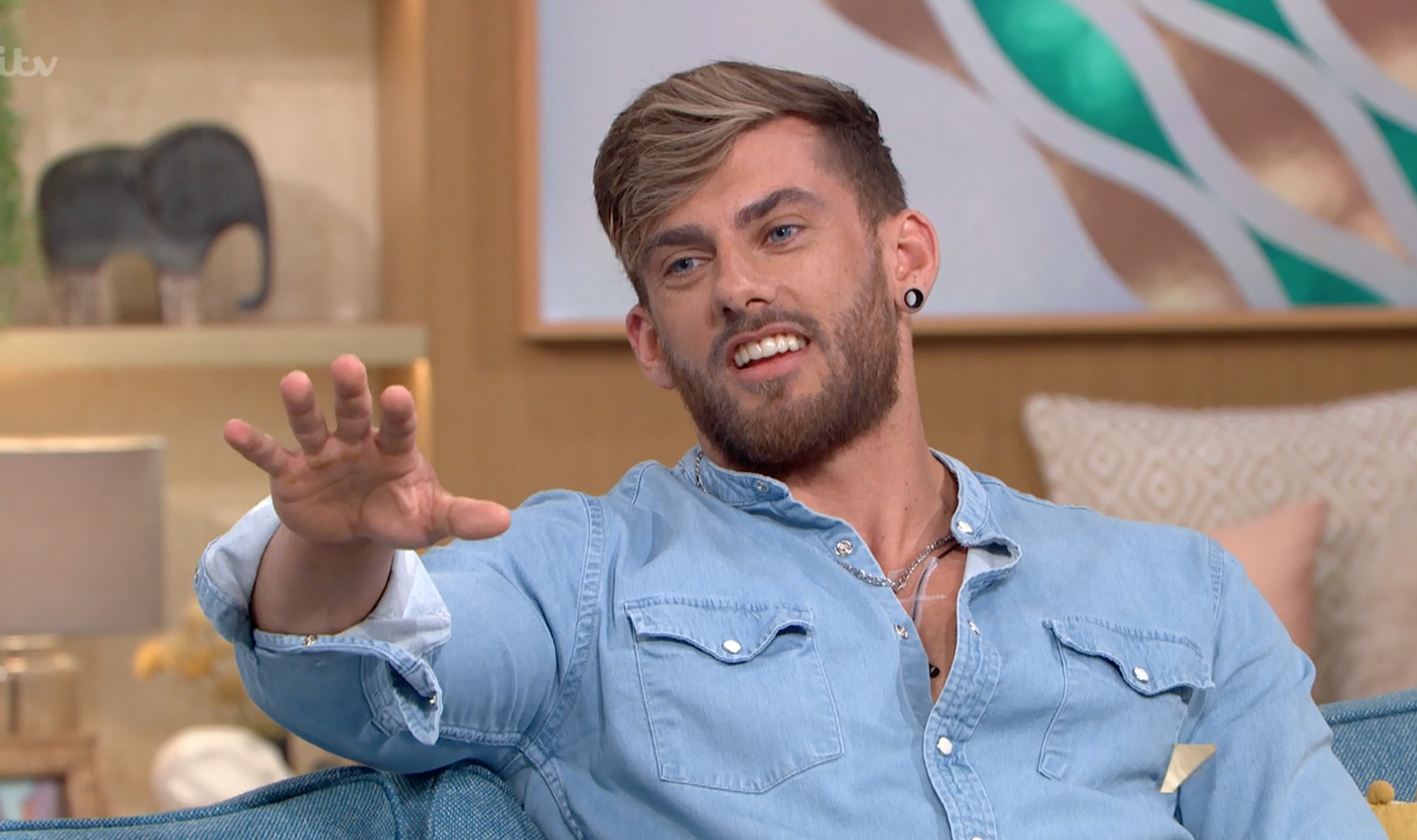 Holly then let out a screech as he did a backflip right in front of her.

Landing on his feet, he was congratulated by Holly and Phillip.

"You certainly didn't let yourself go in lockdown, did you? 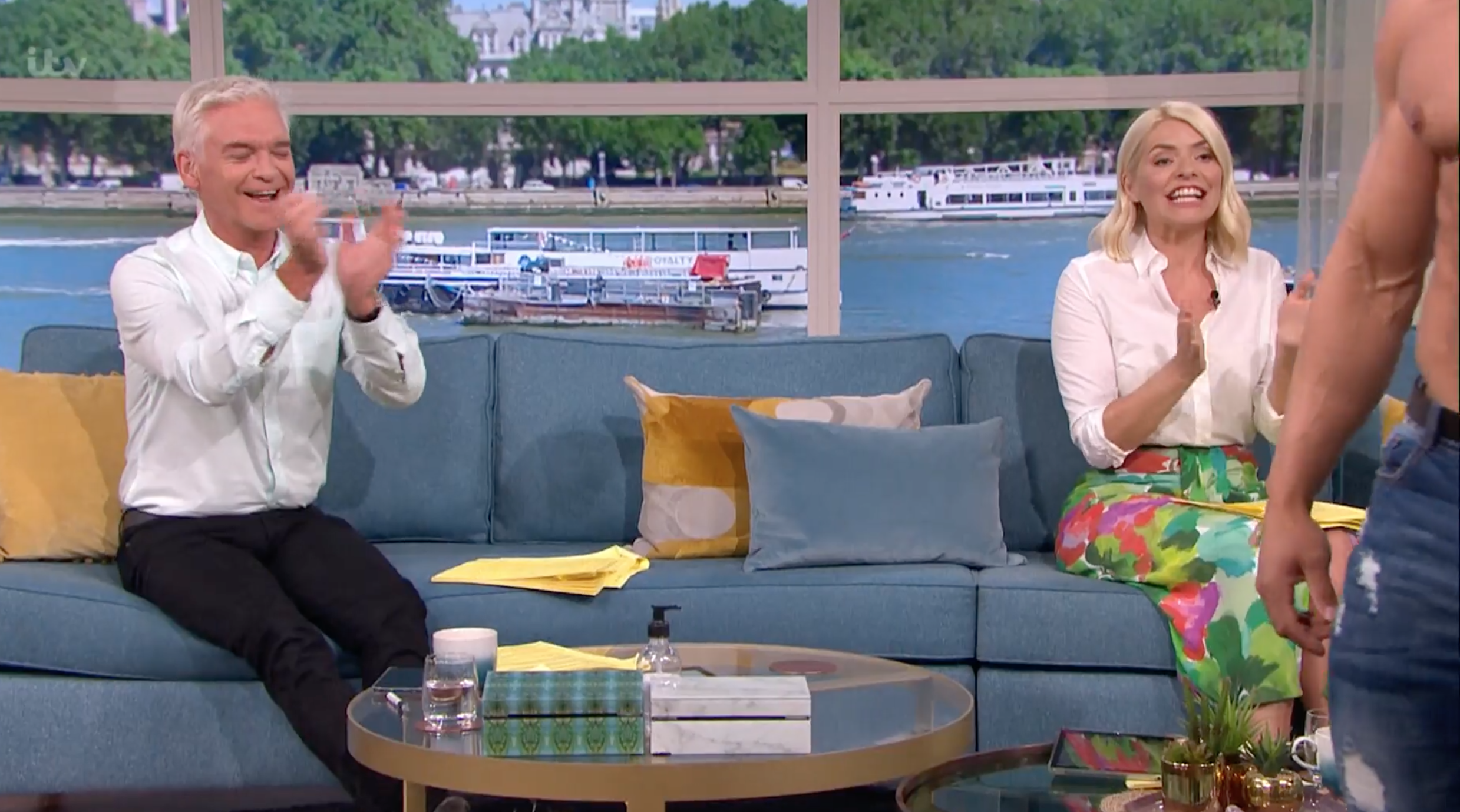 "The rest of us put on a couple of pounds but not him. Well done you."

Phil joked: "I've worked so hard in lockdown that underneath my shirt I look like him, it's incredible.

Zac was on This Morning following the Prime Minister's announcement that"freedom day" is being delayed until July 19. 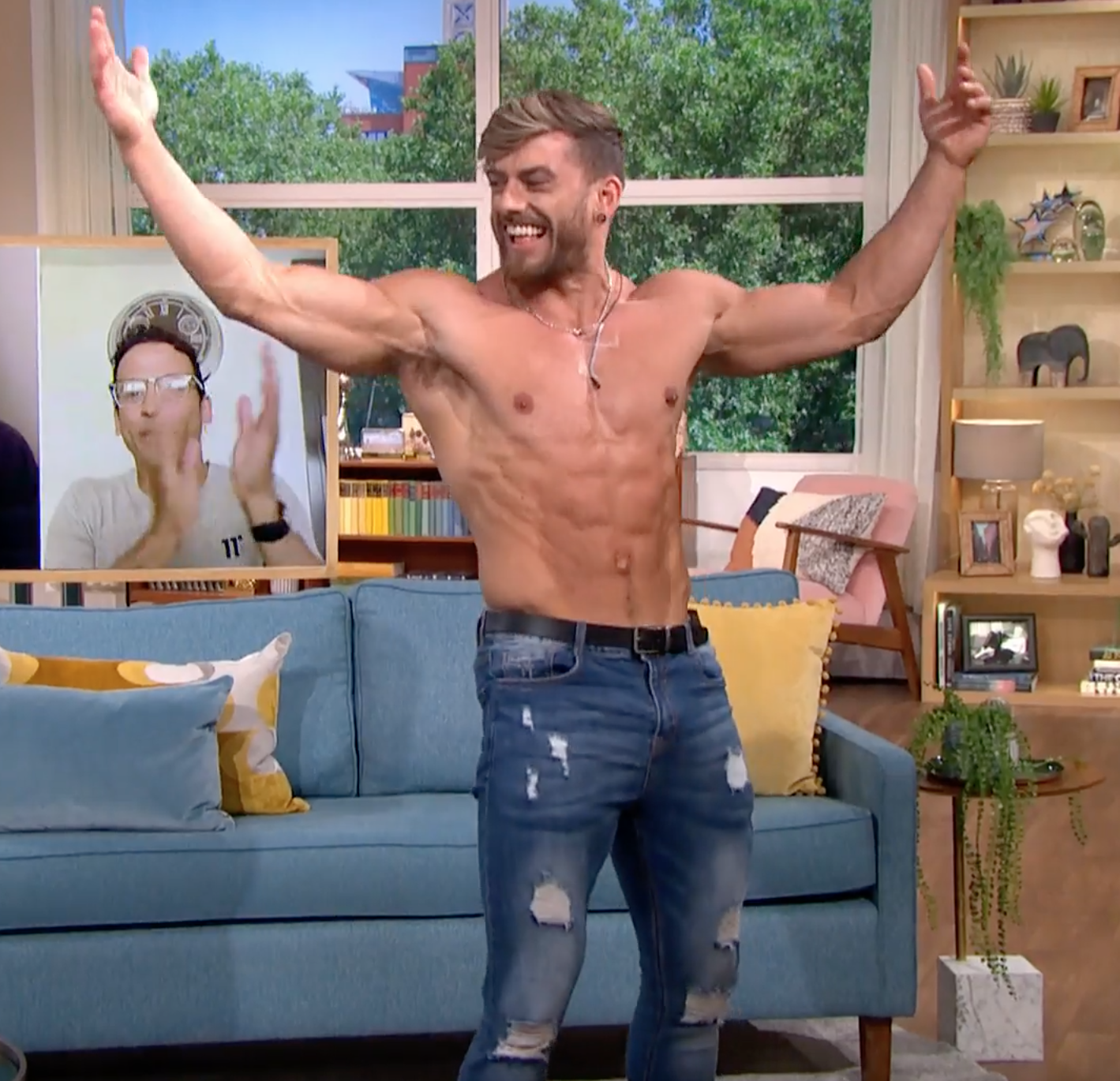 Dancer Zac said the pushback will be "catastrophic" for his business and coronavirus is costing lives as well as livelihoods.

"Myself, mentally I really suffered," said Zac who hasn't worked in two years. 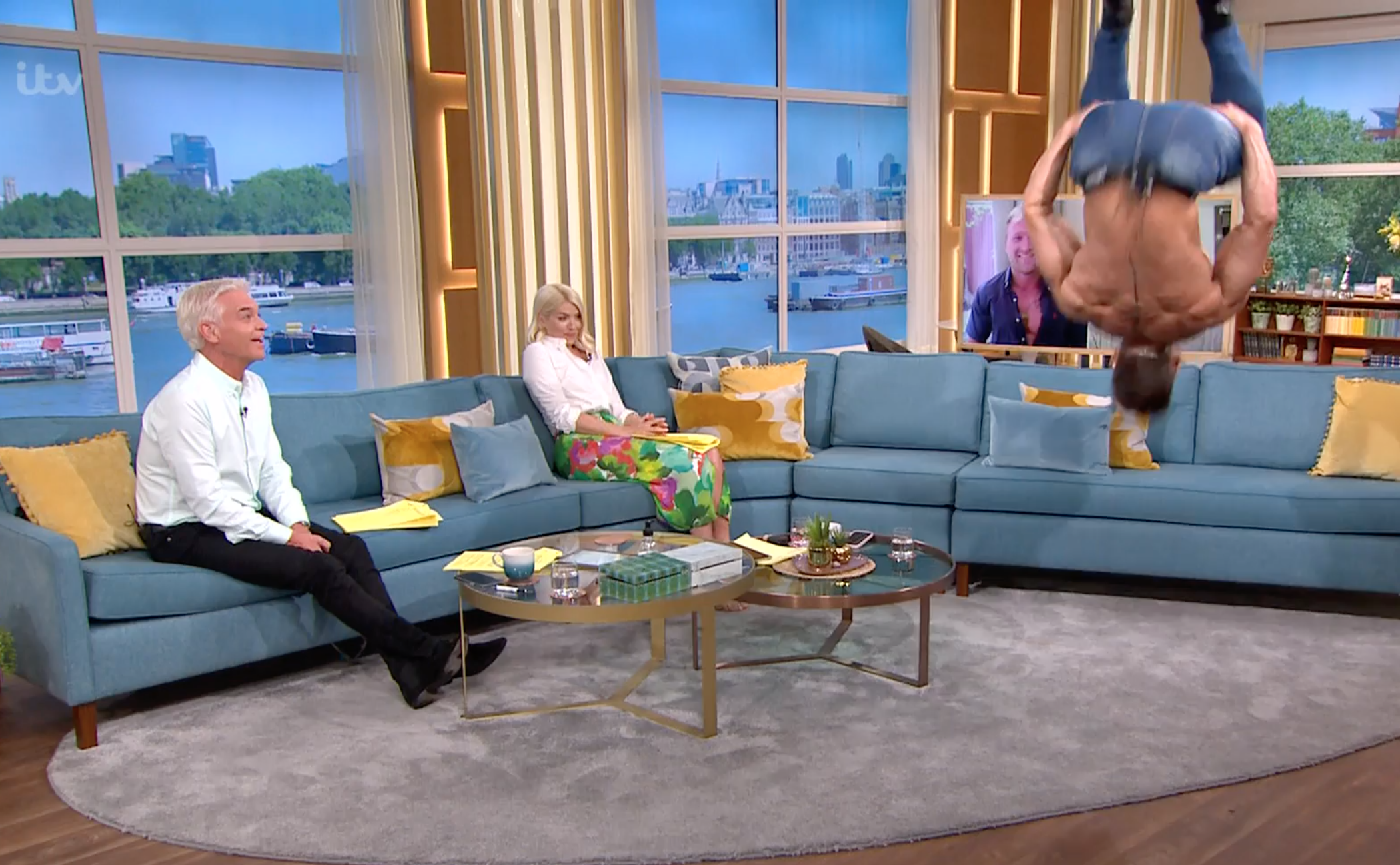 "I had a huge loss of identity because performing is what I do.

"I've dedicated my whole life to my craft. What's really sad is that some of us have had to sell our cars, move back in with parents and can't afford to feed our families."