This Morning: Holly and Phillip left in hysterics over fart noise

During Monday’s This Morning, ITV hosts Holly Willoughby and Phillip Schofield invited guest Emma Martin onto the show where she explained how she makes £3,000 a month from selling clips of herself breaking wind to customers online. Before the interview had even begun, Holly struggled to keep her composure as she started giggling, although she quickly stepped in to apologise to Emma for laughing as she admitted: “Farting is funny”.

“Now if you’re tucking into your lunch, I suggest you put it to one side for a moment,” Phillip warned viewers.

Holly then started uncontrollably laughing as she said: “I’m sorry.”

As she tried to pull herself together, the This Morning host continued: “Emma, who we will get to in a minute, is a married mum of two who decided to quit her successful career as a travel agent after a hobby she took up in 1999.”

Phillip joked: “So you could say Emma ended up with a windfall after she started selling videos of herself farting online.

“She’s now making £3,000 a month from her musical performances.” 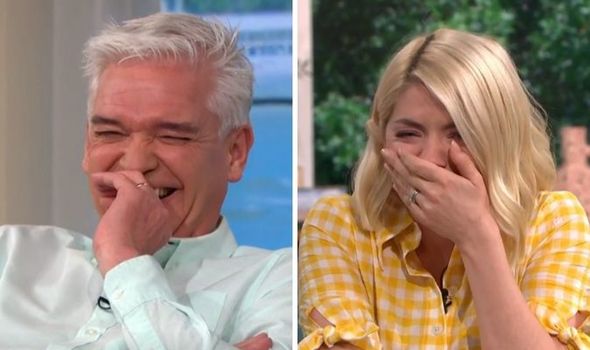 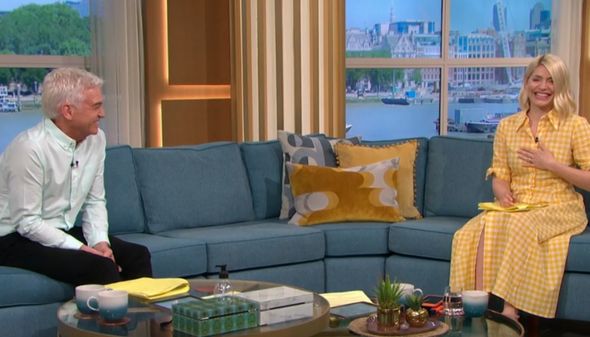 The hosts proceeded to share a number of videos Emma had posted of herself breaking wind before they spoke to their guest via video link.

Emma went on to explain she had been making webcam videos for 20 years before coming across fart fetishes in 2005 – which prompted her to start making her own.

“A woman said she would pay me to make a video of me farting around my house, so I did it,” Emma began.

“Apparently I fart very well and she asked for more and more and I was like, ‘Wait a minute there must be more to this,’ which is when I started my own website in 2007.” 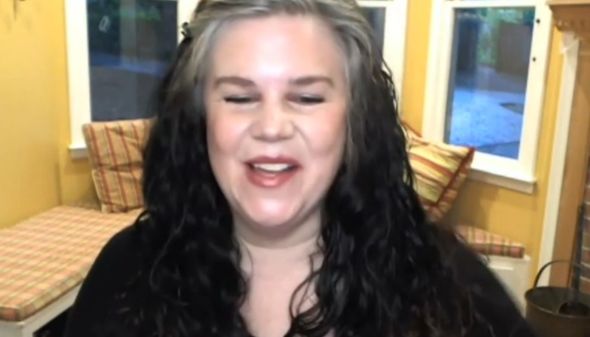 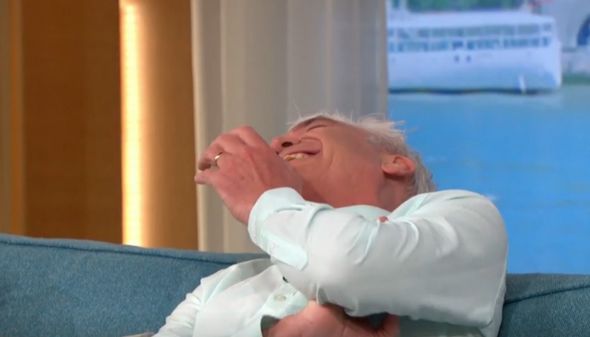 Phillip went on to ask Emma what type of people pay her for the videos, to which she replied: “There are a lot of these guys and they can’t tell their wives or girlfriends they like it so it’s their outlet.

“The guys are really nice and super kind. It’s very much a sexual thing [for these guys].”

Asked if she had a special diet, Emma continued: “I do eat a lot of salads and a lot of avocados.

“When I was pregnant with my son I fell in love with coleslaw and baked beans mixed together and I’ve loved that ever since. That does the job. Mexican too.”

Holly began laughing again as she asked: “Can you fart on command? I can’t believe I’m asking this.

“If I eat the right foods, I can,” Emma added. “But I have to time the videos that I make.

“I don’t do it when anybody is home and I time it on what I’ve eaten and how my stomach feels.”

As the interview came to an end, Holly and Phillip completely lost it as they burst out laughing. And even minutes after the chat had finished, Holly just could not hold it together.

“I think you did quite well,” Phillip told her.

“I don’t think I did, I was terrible,” Holly laughed. “Farting is funny though.”

As she began to wipe tears away, she commented she was “crying,” before fart sounds were played in the studio, leaving both Phillip and Holly unable to get a word out through raucous laughter.

This Morning viewers also found the entire segment hilarious as many took to social media to share their thoughts.

One tweeted: “Honestly that was just rank, imagine doing that in front of James Martin.”

Another wrote: “Holly & Phil interviewing that woman who farts for cash, had me in stitches.”

A third penned: “Truth is no matter what age you are. Farts are hilarious.”

A fourth added: “Holly and Phil crack me up sometimes. They interviewed this woman who farts for a living and couldn’t contain themselves.”

“How my coffee never came out my nose laughing at @hollywills laughing at farts, I’ll never know.”

This Morning airs weekdays from 10am on ITV.