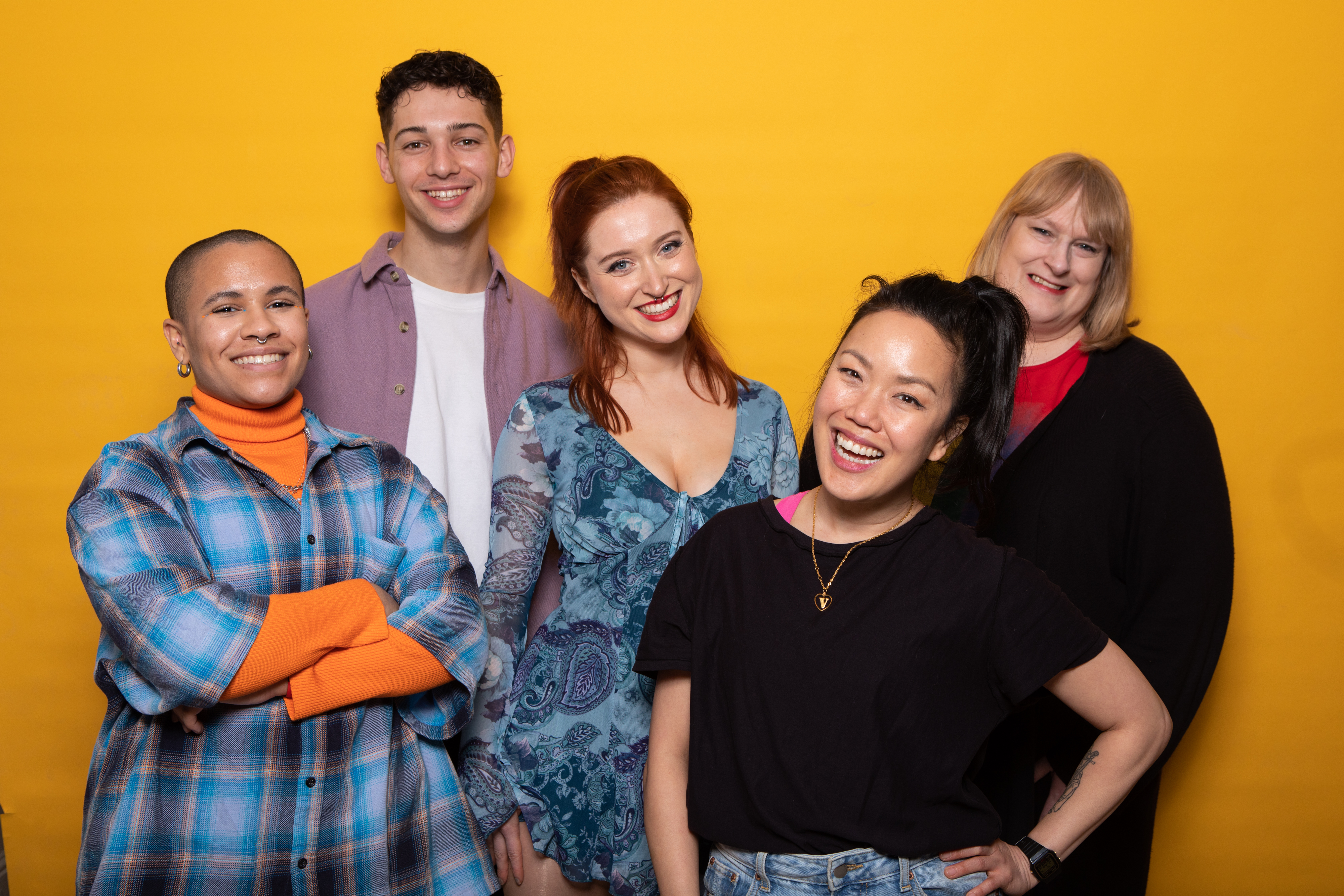 The Channel 4 soap has long been a trailblazer in the way of representation, airing many a groundbreaking moment over the years, such as the very first same-sex wedding in a British soap.

Ripley, meanwhile, has become a much-loved part of the eponymous village, and it’s hard to imagine Hollyoaks without them.

‘Crazily enough, I’ve actually felt very isolated in most other places I’ve worked in but Hollyoaks has brought me in,’ said the star.

‘I’m being celebrated for my identity for the first time.’

Annie Wallace, who plays Sally St Claire, also praised the E4 serial drama, writing that it has given her and others the ‘voice’ to express some of the things that they have wanted to do for a ‘long time’.

‘Before we were volunteers and now we are given the incredible privilege of being role models and taking the message forward,’ she said.

‘What is the point of celebrity if you can’t use it to attract attention to the things that mean the most to you in your life, and for me that is the about the LGBT+ community and the charities that are required around that.’

Annie joined Hollyoaks in 2015, becoming the first transgender person to play a regular transgender character in a British soap.

Gabriel Clark, who has played Ollie Morgan since 2020, reflected on his own coming out story, revealing that the ‘vulnerability’ of Ollie’s characterisation is how he connected with him.

‘That’s how I identify with the character,’ he said. ‘This difficulty with external things changing in his life.

‘That was weirdly where I found the in for me, the vulnerability that I experienced as a queer person coming out as gay and my journey towards that.’

‘Vera Chok, who plays Honour Chen-Williams, wrote: ‘I’ve probably had the privilege of passing, because if I don’t tell anybody… I look like a woman, I look straight – whatever that means.

‘And like I had those really awkward conversations like am I queer enough to be in certain spaces. But that’s why I suppose I do make the effort to let people know when I can.’

Vera, who uses she/they pronouns, first appeared as psychiatrist Honour last year, when the character showed up in prison to interview Warren Fox.

She said: ‘think until we can somewhat rectify the history of inequality in our industry I think the attention and the conversation needs to be had with the queer community.’

Ross Adams, who plays Scott Drinkwell, issued some advice to those who are struggling to understand their identity, saying that it’s ‘perfectly okay’ to be confused.

‘There’s no need to put a label on who you are if you’re not ready to do so,’ he said.

‘It’s important to take things at your own pace.’

Ross made his debut in Hollyoaks in 2015, and he has featured in numerous huge storylines ever since, including battling depression and marrying love of his life Mitchell Deveraux (Imran Adams).