Stacey Dooley found love when she starred in the 16th series of Strictly Come Dancing back in 2018. She was partnered up with dancing professional Kevin Clifton on the BBC show and the pair ended up winning the series and each other’s hearts. The TV presenter has recently opened up about their relationship in an interview on ITV’s Loose Women.

While chatting on Monday’s episode of Loose Women, Stacey spoke about the increased interest in her love-life since being on Strictly Come Dancing.

When asked if she ever struggled with the attention, Stacey revealed: “I did initially, I did at the start.

“I didn’t realise there would be such an interest, particularly with who I fancy and who I’m dating.

“I thought that was dull for everyone else,” the documentary-maker remarked. 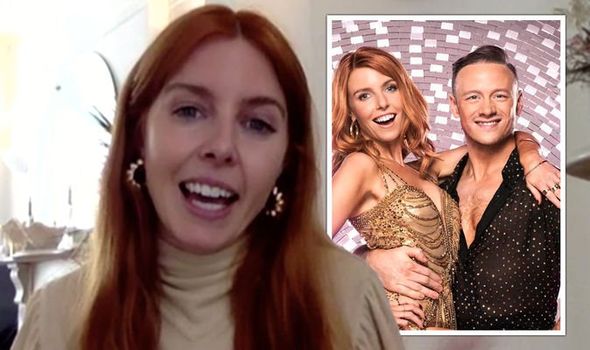 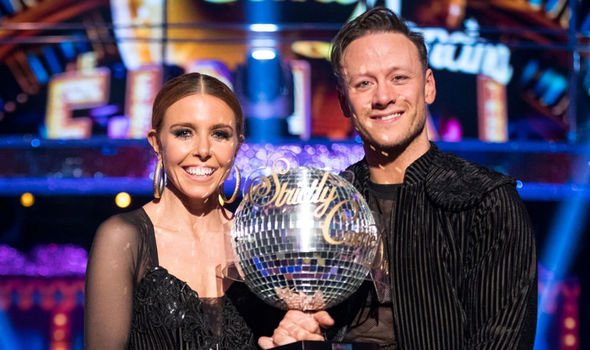 However, Stacey explained there’s not so much interest in her love life now she’s no longer on Strictly.

“Now, Kev and I have been together for two years, so no one’s really that fussed anymore, and we’re so dull!” Stacey joked.

While on the show, the presenter also opened up about her battle with insecurities.

She admitted: “I’m riddled most of the time with imposter syndrome.” 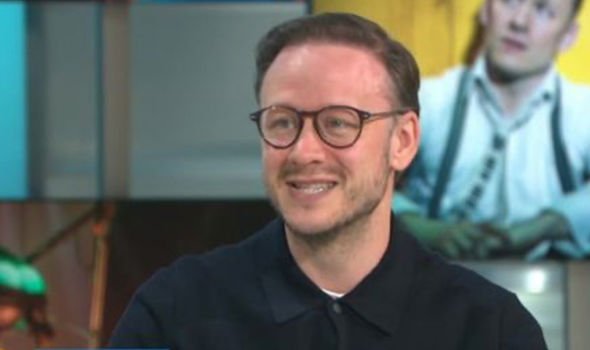 Stacey continued, explaining that imposter syndrome is something she often experiences with work.

She said: “You have to remind yourself if they didn’t think you were capable, they wouldn’t have you in.

“I’m always really thankful for that. I love my job.

“I love what I do for a living. I feel really lucky,” Stacey concluded.

Stacey and Kevin had great success while on Strictly Come Dancing, as the pair danced their way to the final and went on to lift the famous Glitterball Trophy.

The couple eventually went public with their relationship in early 2019 after the show had wrapped.

This came just weeks after Stacey’s split from her boyfriend of three years, Sam Tucknott.

Kevin has since quit Strictly, announcing his exit in March 2020, after seven years on the show.

In a recent interview on Good Morning Britain, Kevin spoke to hosts Susanna Reid and Adil Ray about the possibility of returning to the Strictly dance floor.

Kevin teased: “Who knows if I’ll go back to Strictly, never say never.

“I think if I’ve learned anything, it’s that you never close the door – you just don’t know how things are going to go.”

“I thought I was going to be on stage all year and all of a sudden that’s not happening any more,” he explained.

Strictly Come Dancing is set to return to BBC One this autumn.