Last year, Disney concluded its two biggest franchises with Avengers: Endgame and The Rise of Skywalker. A general consensus has emerged that Marvel stuck the landing in a way that Star Wars did not. The box office certainly tells the tale, with Endgame being Marvel’s biggest hit and Rise of Skywalker being the lowest grossing of the sequel trilogy.

However, some fans have come up with a somewhat different line of thought, in that the real point of comparison is between Rise of Skywalker and Avengers: Infinity War, with some fans saying it’s actually the better of the Avengers two-hander. 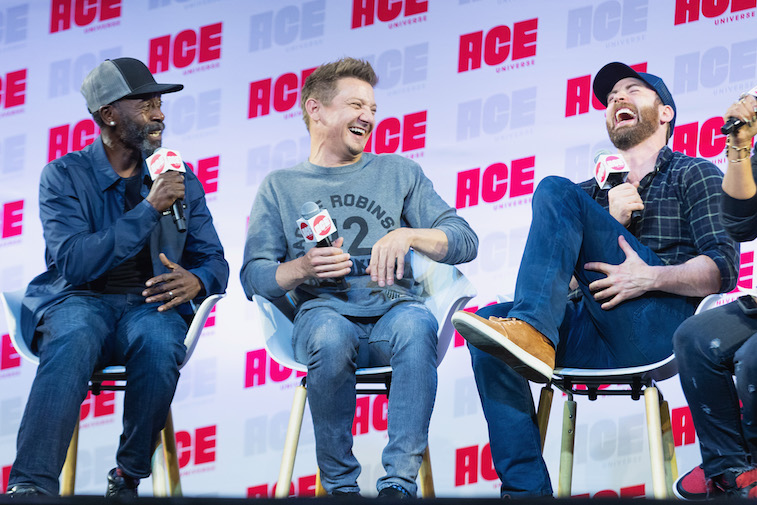 ‘The Rise of Skywalker’ underwhelms

For instance, yes, the action scenes are fun, but the pacing is choppy, the Palpatine retcon doesn’t make any sense, and the movie goes out of its way not to hurt anybody. In one scene, we think Chewbacca might be dead when Rey accidentally destroys the transports he’s on, but in the very next scene, he turns out to be on another ship that the audience didn’t see or didn’t notice.

The Avengers movies, by contrast, inspired fewer complaints. You might find some carps that it was too obvious the people who died in the snap weren’t going to stay dead, or that the final battle of Endgame was shot in dull, muddy colors. Even so, people went to see those movies multiple times. A lot of people saw The Rise of Skywalker, but a lot of people saw it only once. It grossed $515 million, about $100 million less than The Last Jedi made.

On Reddit, a topic-starter talking about Infinity War said that movie was a model of a well-constructed screenplay: “Infinity war was a masterclass on script economy. Seriously, the amount of time each character has in that ensemble-finale plot is minuscule and every single word had to count. It’s worth a rewatch just to admire how economical the writers were to keep the movie from being 8+ hours while also staying coherent.”

Perhaps because that’s a Marvel forum, Star Wars is not brought up as a point of comparison at all. However, numerous Reddit threads comment on how the Rise of Skywalker screenplay came up short, particularly in comparison to the leaked earlier version of the script co-written by Colin Trevorrow, who was the original director of the movie.

One fan says “there are a lot of silly stuff in this (prior script)  but I do think it sounds better than what we got. It’s actually unique and seems to tell an interesting story.” Not everyone agreed, with a number of fans saying that the early version is just as much of a mess, if not moreso than The Rise of Skywalker, but in the Marvel thread, the consensus is the Infinity War script is great. With Episode IX, opinions are all over the map.

Where does Star Wars go from here?

One major difference between Marvel and Star Wars is that Marvel has more stories to tell, while Episode IX was touted as the final word on the Skywalker saga. Marvel’s Phase 4 is hotly anticipated, while no one seems to know for sure what the next big Star Wars project will be outside of season 2 of The Mandalorian.

Of course, one could argue that with the pandemic shutting down Hollywood, that puts Star Wars and Marvel on level playing fields. Yes, Marvel has plenty of projects in the pipeline, but now, it’s hard to know when any of them will come out amid this international crisis.

For the very moment, at least, regardless of the quality of the scripts, Marvel and Star Wars are all equal now.