Cutting to the Chase: How Pandemic Protocols Are Streamlining Student Films

In seven of the last 10 years, one media company executive has made more money in compensation than five of his peers, even as two of the companies and the S&P 500 outperformed his.

No matter. David Zaslav’s stewardship of Discovery Inc. has been strong enough to make him head of the newly-named Warner Bros Discovery, the merged company announced last month by Discovery Inc. and WarnerMedia. He has a new contract packed with $190 million in stock options on top of $3 million in base pay.

Zaslav earned an average of $62.6 million over the past 10 years, according to publicly available SEC filings. In six of those years, he outpaced now-former Disney CEO Bob Iger, AMC Networks chief Josh Sapan and ViacomCBSCEO Bob Bakish and his predecessor Philippe Dauman (see charts). 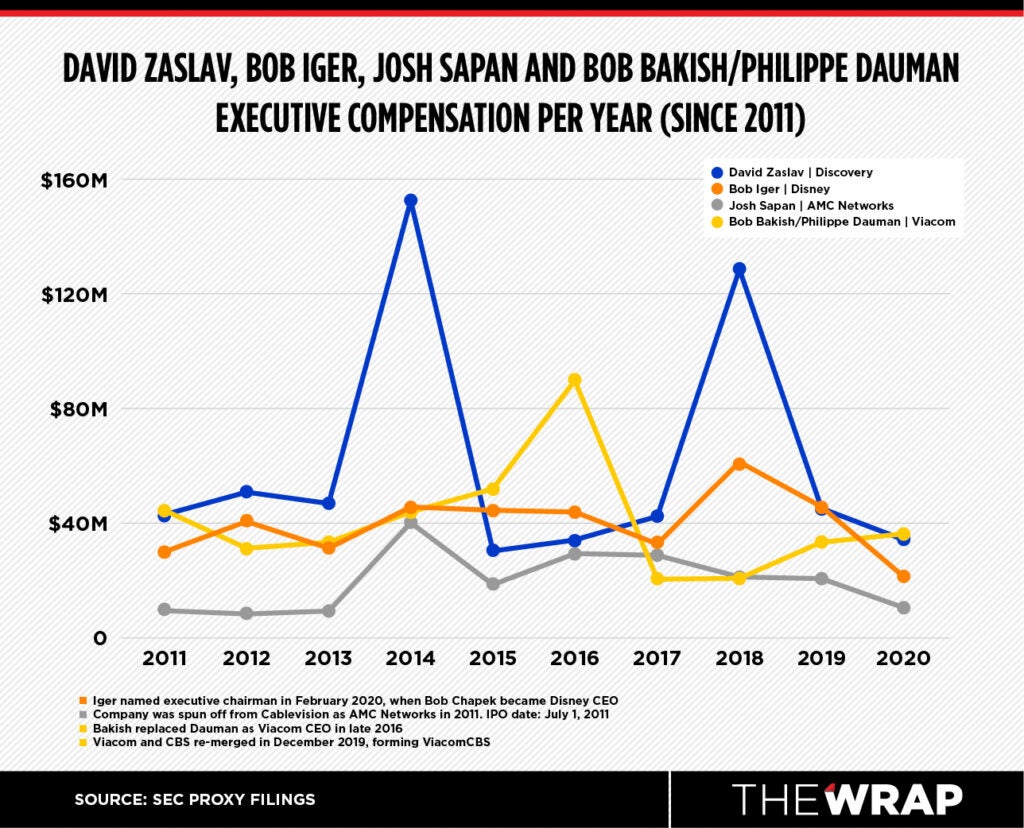 Good agent, good leadership or both, Zaslav has established himself as a power among the powerful in terms of compensation.

In addition to his current annual base salary Zaslav earns about $12 million in restricted stock awards, which come with qualitative and quantitative targets. About $22 million to $27.5 million (his new contract raised the cap) can be added in a cash bonus each year. That’s a massive bonus relative to his base pay — Hoffman said a typical bonus is 1.5 to 3 times salary, making Zaslav’s numbers what Hoffman described as “eye-popping.”

Also eye-popping was the $156.1 million he made in 2014 and the $129.4 million in 2018, both the result of new multiyear contracts loaded with potential options awards, which accounting has to assign a value up front. So Zaslav could fall short of the full number or exceed it.

Converting options into cash requires company stock to appreciate and hit escalating target prices over time. Failure to hit those targets means options could literally end up being worth $0. Hitting the targets means they’ll be worth a fortune.

Zaslav brought Discovery public in 2008, acquired Scripps (bringing in HGTV and Food Network, among other cable channels) in 2017, launched Discovery+ in January; then he unveiled the merger with WarnerMedia in May.

A “war for talent” drove his numbers skyward, Hoffman said, noting a supply and demand issue that Hoffman believes works both ways: There’s a paucity of good CEOs and a paucity of good CEO gigs. Sometimes, he said, boards of directors can forget that second part and overcompensate as a result.

Sapan and the standalone Viacom CEOs provide the closest comparison to Zaslav’s past decade of responsibilities managing a top-tier bundle of cable television channels. Iger’s (now Bob Chapek’s) role at Disney was far more broad-ranging at a much larger — and older — company.

Hoffman ran a study of the total shareholder returns, which included dividend payouts, for Discovery, Disney, Viacom(CBS) and AMC Networks vs. the S&P 500 for the past decade. See those results below. 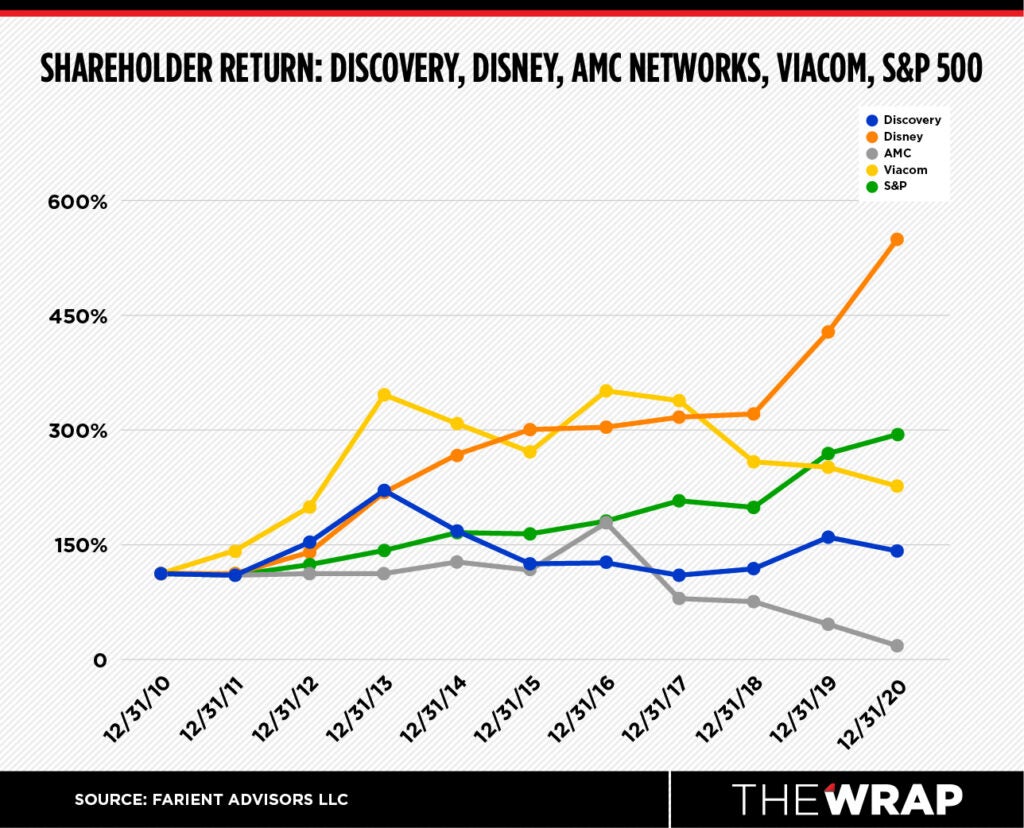 Zaslav’s pay structure is a bit more typical of companies that are effectively run by board member John Malone. Those, like Discovery, for which Malone holds 23% of voting stock, tend to favor high-risk, high-reward compensation structures for their top executives. At Liberty Global, another Malone-led company, CEO and President Mike Fries made $45 million in 2020. His 2019 executive compensation was a stock-and-options-heavy $123.3 million, according to SEC filings.

Not only are Zaslav’s options particularly large, they vest at various time intervals. That’s a “retention device,” Hoffman said. “They’re trying to lock him in for the long term.” 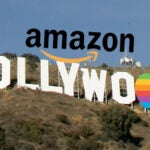 Since Discovery’s initial public offering in 2008, company stock (DISCA) has outperformed the S&P 500 with growth of 327% vs. 211%. The massive DISCA increase was totally front-loaded, however.

The S&P 500 has outperformed most media stocks in the past decade. Notable exceptions are Netflix, which has been a behemoth (+12,095% from fall 2008 to-date), and Disney (+442% in that time). Discovery shares have outdone those of its key cable competitors, AMC Networks and Viacom, which is now ViacomCBS.

When Zaslav IPO’d Discovery, it was just a tiny, three-network company based outside Washington, D.C. It’s now a global public corporation with 18-plus channels, a growing streaming service and a market cap of $16 billion, give or take — with one highly paid CEO, who remains so.