STACEY Solomon has thrown her son Rex the most amazing 2nd birthday party.

The Loose Women presenter, 31, pulled out all the stops to make sure her tot has the best day ever. 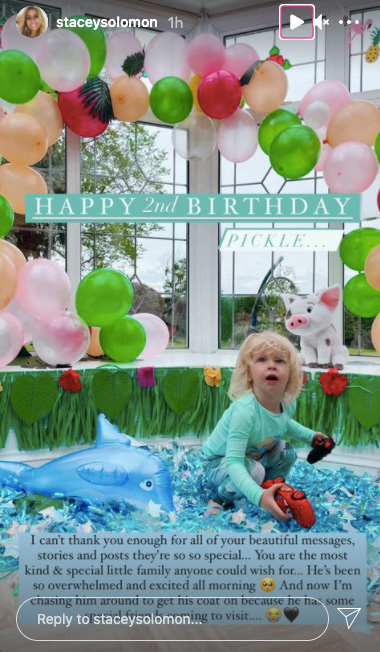 After returning home from filming her show, Sort Your Life Out, last night, Stacey got down to business and transformed her conservatory with help from son Zachary, 13.

The mum-of-three shared the whole process on her Instagram story with her 4.4million followers.

After blowing up loads of balloons she created an arch in front of the windows and she also used her sister Gemma's ocean decorations from a previous party.

The bunting, inflatable pool toys and perfectly wrapped up presents made the space look absolutely incredible. 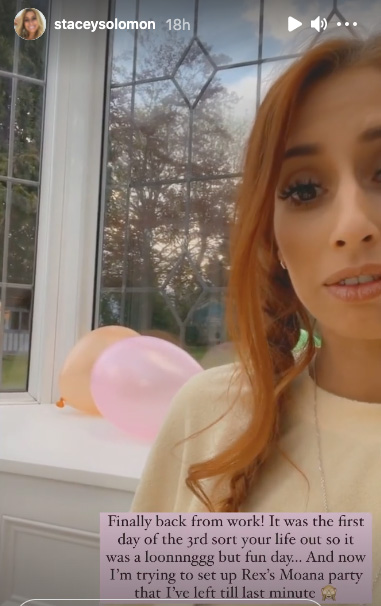 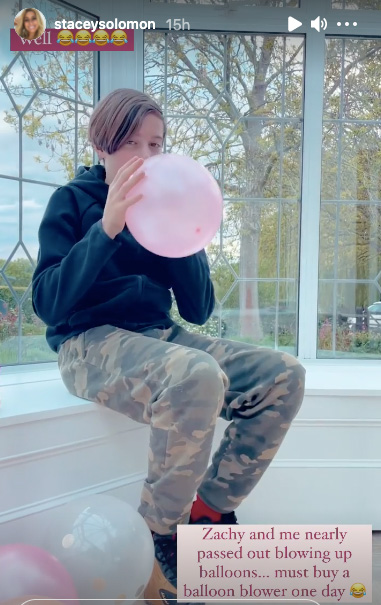 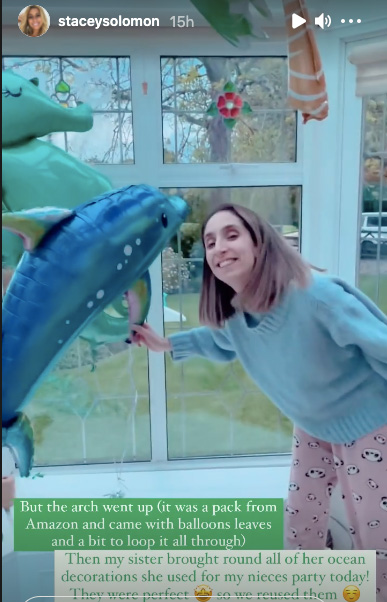 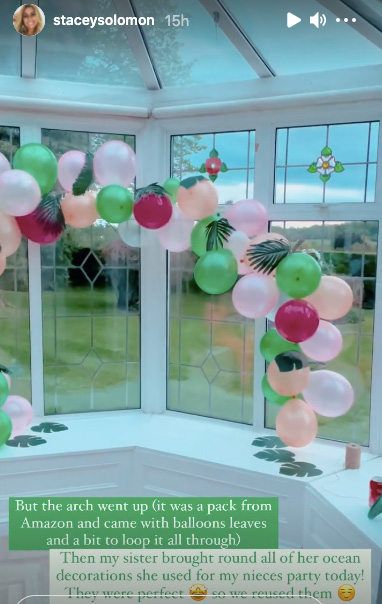 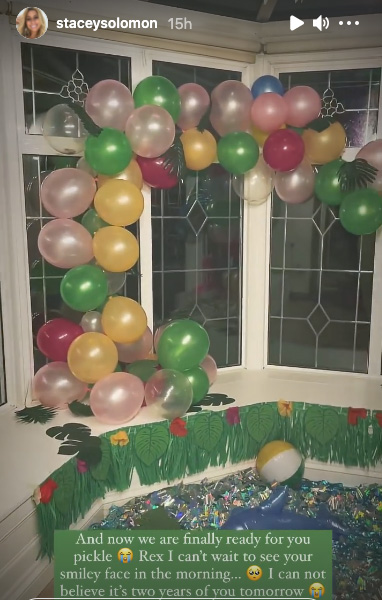 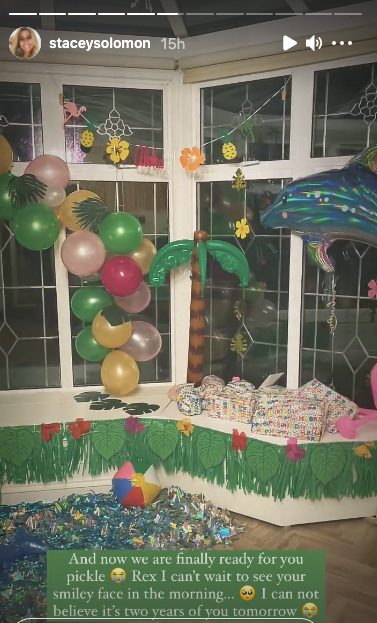 This morning Stacey shared a video of Rex running into the conservatory in his Moana pyjamas with a huge smile on his face.

The youngster was treated to an amazing two-tier Moana-themed cake, cuddly toys and a wooden tool set.

The telly star told her fans: "It's been a crazy morning.

"We sang and opened presents, he got his very first remote car just like Zachy's and he was very excited. 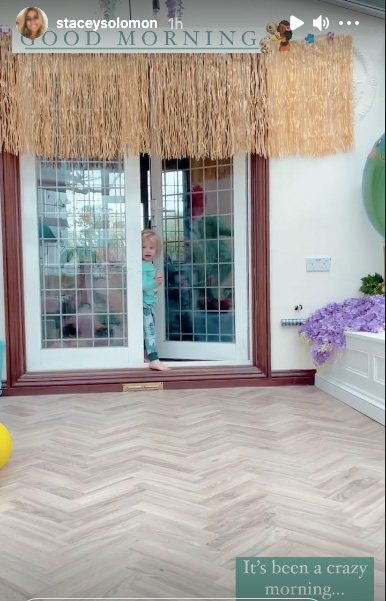 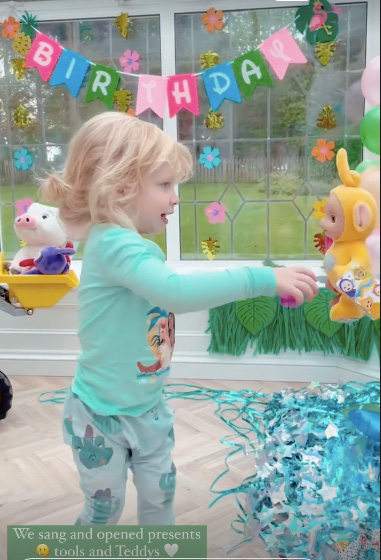 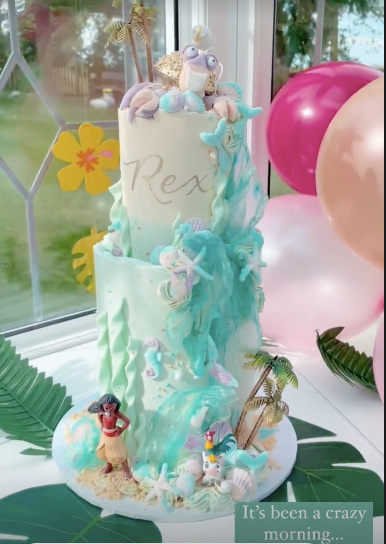 "I was just an emotional loser the whole morning."

Stacey wanted to make sure took the time out to show her appreciation towards all her followers after sending Rex their birthday wishes.

She continued: "I can't thank you enough for all of your beautiful messages, stories and posts, they're so special. 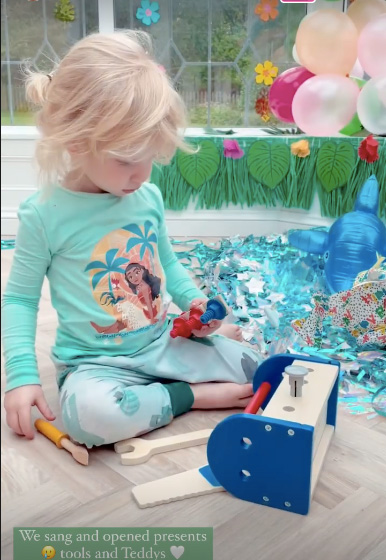 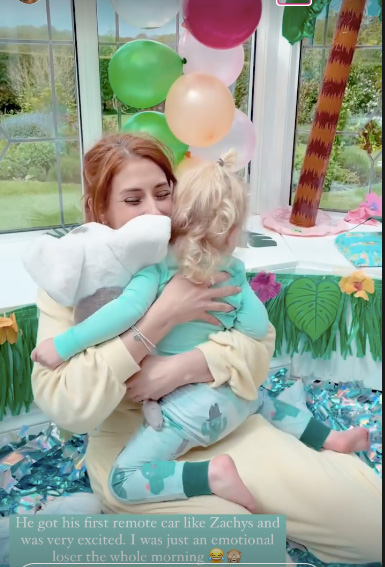 "He's been so overwhelmed and excited all morning. And now I'm chasing him around to get his coat on he has some special friends coming to visit…"

The celebrations haven't stopped there for the family today.

Stacey and fiance Joe Swash also organised for Rex to feed some ponies in the back garden of their amazing £1.3million Essex cottage.

Videoing her son having lots of fun with the tiny stallion, she said: "Because he just loves animals. 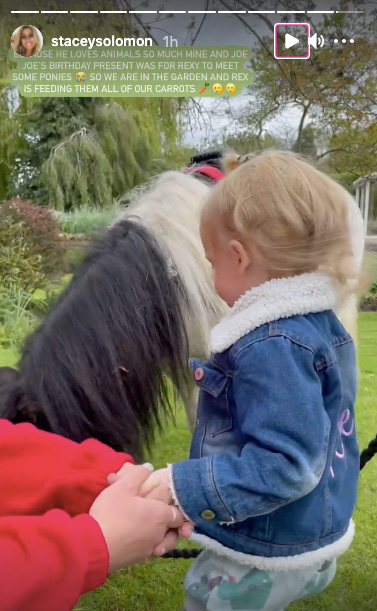 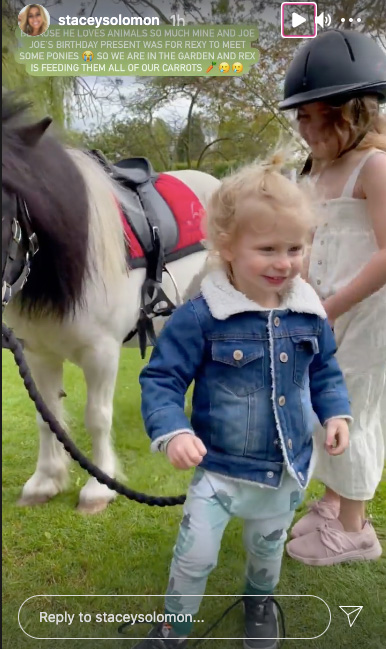 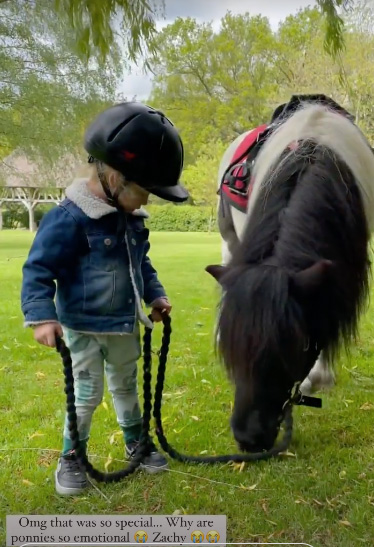 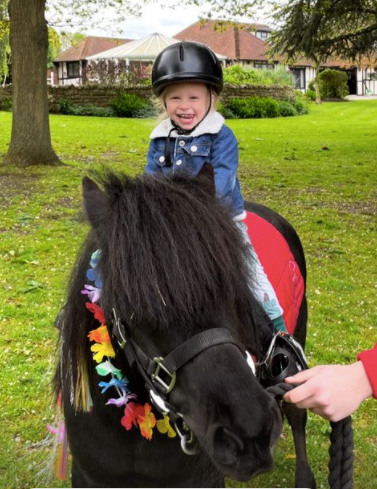 "Mine and Joe Joe's birthday present was for Rexy to meet some ponies."

The X Factor star has been a busy woman this week, preparing for Rex's special day.

Stacey got her husband-to-be Joe to try on a skintight crab costume ahead of today, but soon realised that it wasn't "very appropriate for a toddler's party".

As she filmed the video her older sons Zachary, 13, and Leighton, 9, laughed in the background. 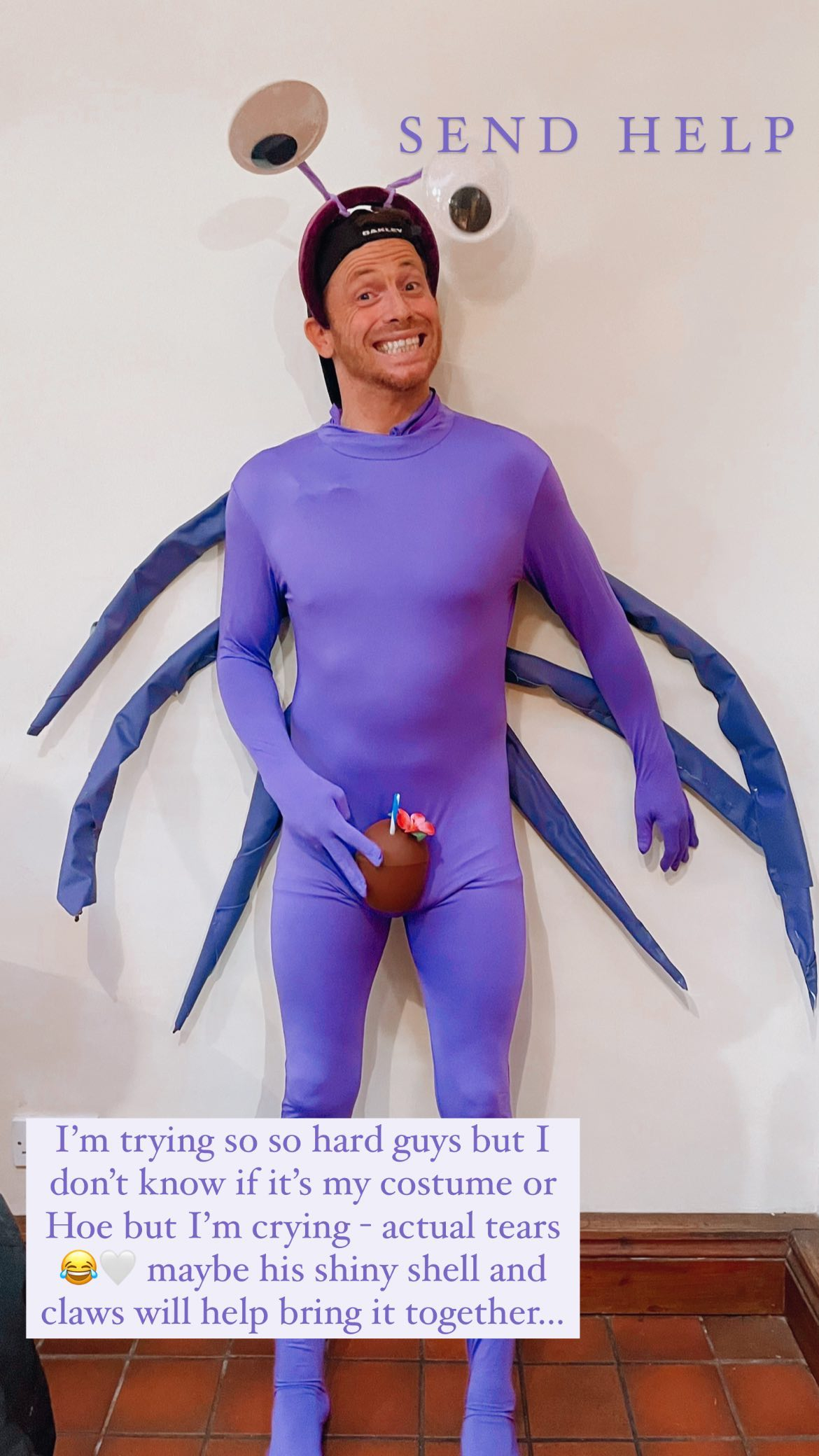 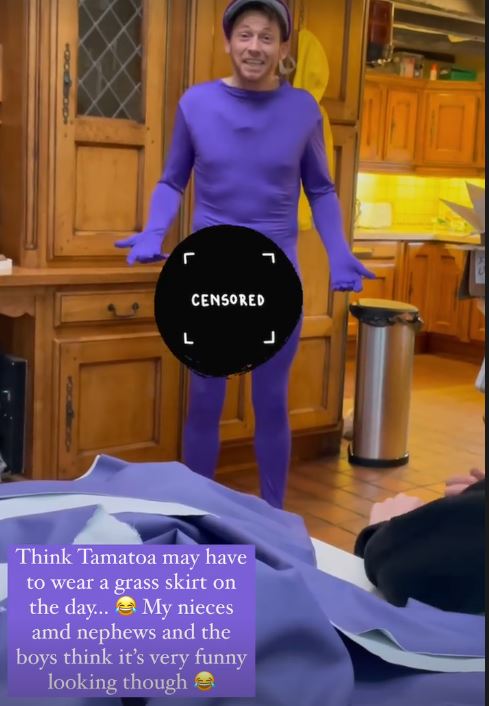 Rex has also been treated to a freshly painted Wendy House this week.

Originally painted black and white, she covered the black panels with a cool shade of grey, giving it a new lease of life.

Stacey, Joe, 38, and her three sons Zachary, Leighton, eight, and Rex moved into their new forever home back in March.

The Tap To Tidy author shared the happy news with a picture of the whole family standing outside their new pad on Instagram. 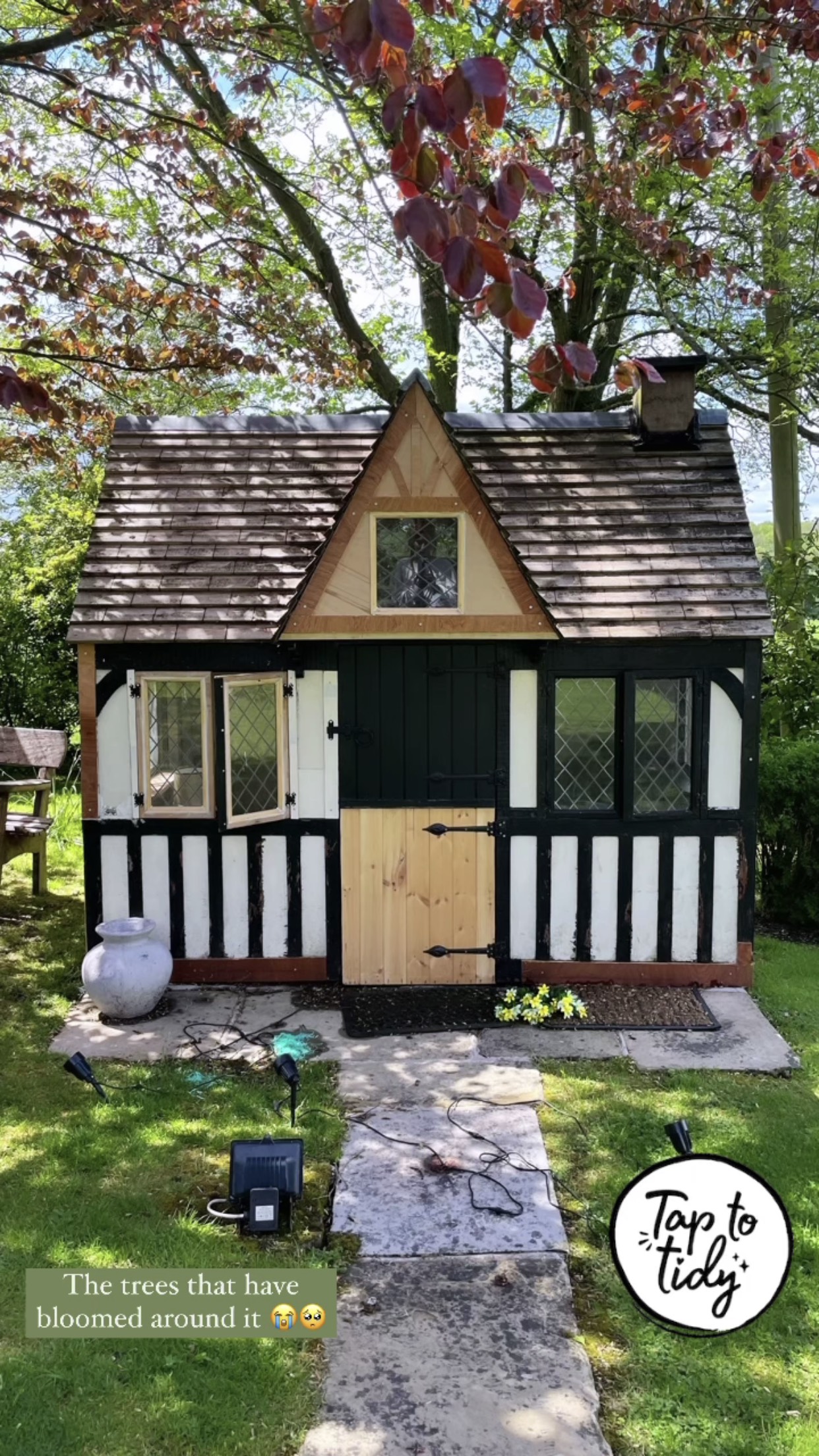 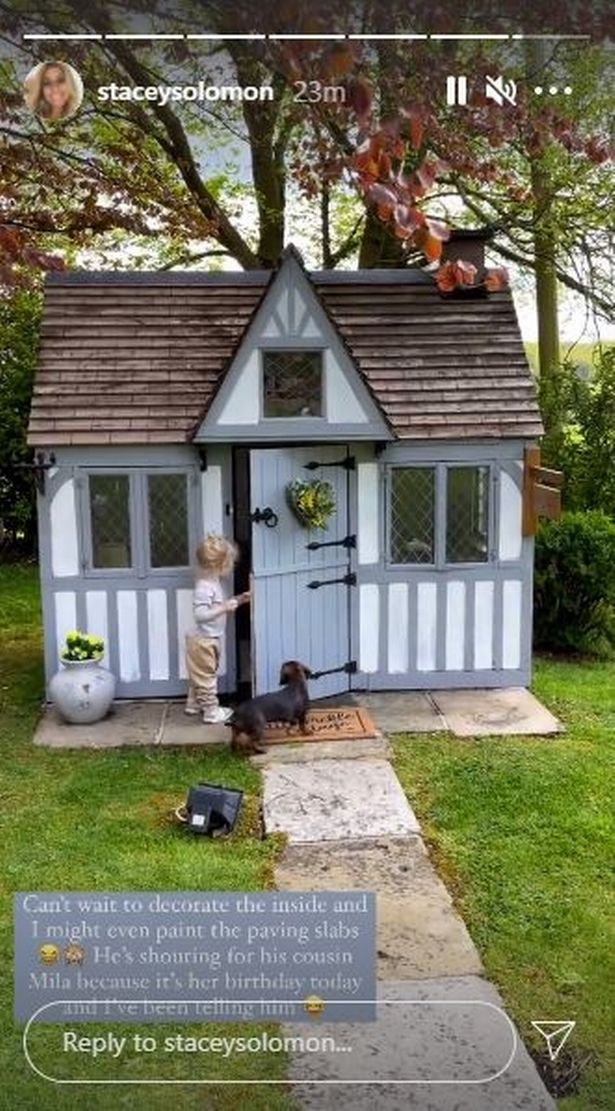 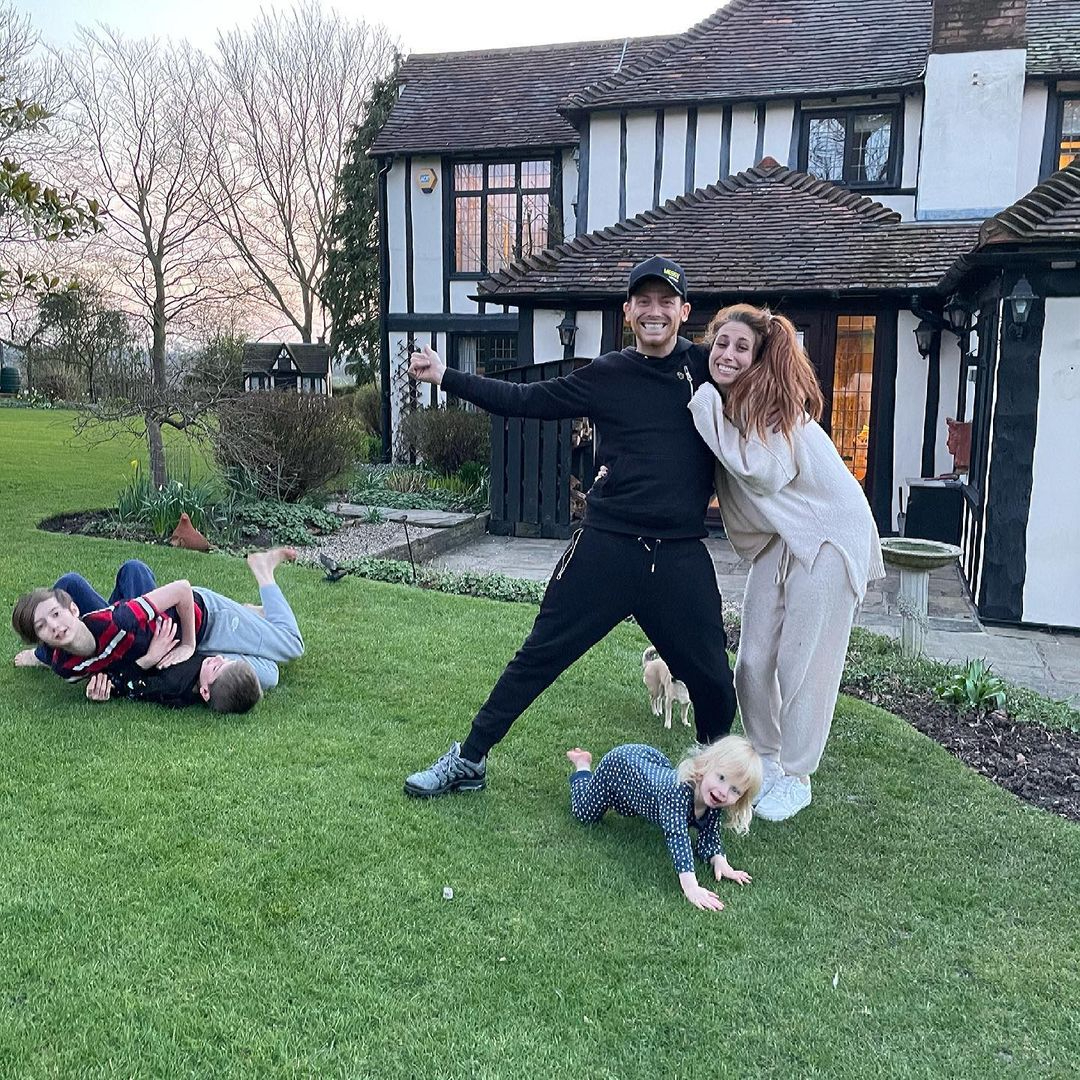 She captioned the post: "🏡 Home Sweet Home 🏡 And so a new chapter begins 🥺 We can not even describe how strange it feels that this is home. 😭

"Never in a million years did we ever think this would be. We feel so lucky and are so grateful to have found this hidden treasure closer to our family and further out."

Stacey has been busy renovating the inside too.

She's already transformed the downstairs little blue toilet, modified Rex's bedroom and changed up the fireplace to give it her own touch.