Is Dotty going to expose killer Ian in EastEnders? Actress Milly Zero has hinted that Dotty will go ‘all the way’

IAN Beale thought he'd got the upper hand in his feud with Dotty Cotton in EastEnders last night by stealing the keys to the Arches and destroying the phone carrying Dennis’s voicemail.

Dotty then surprised Ian when she revealed his actions had been captured on CCTV and issued another threat. But is she going to expose Ian as Denny’s killer?

Visit our dedicated EastEnders page for all the latest spoilers, pictures and gossip from Albert Square 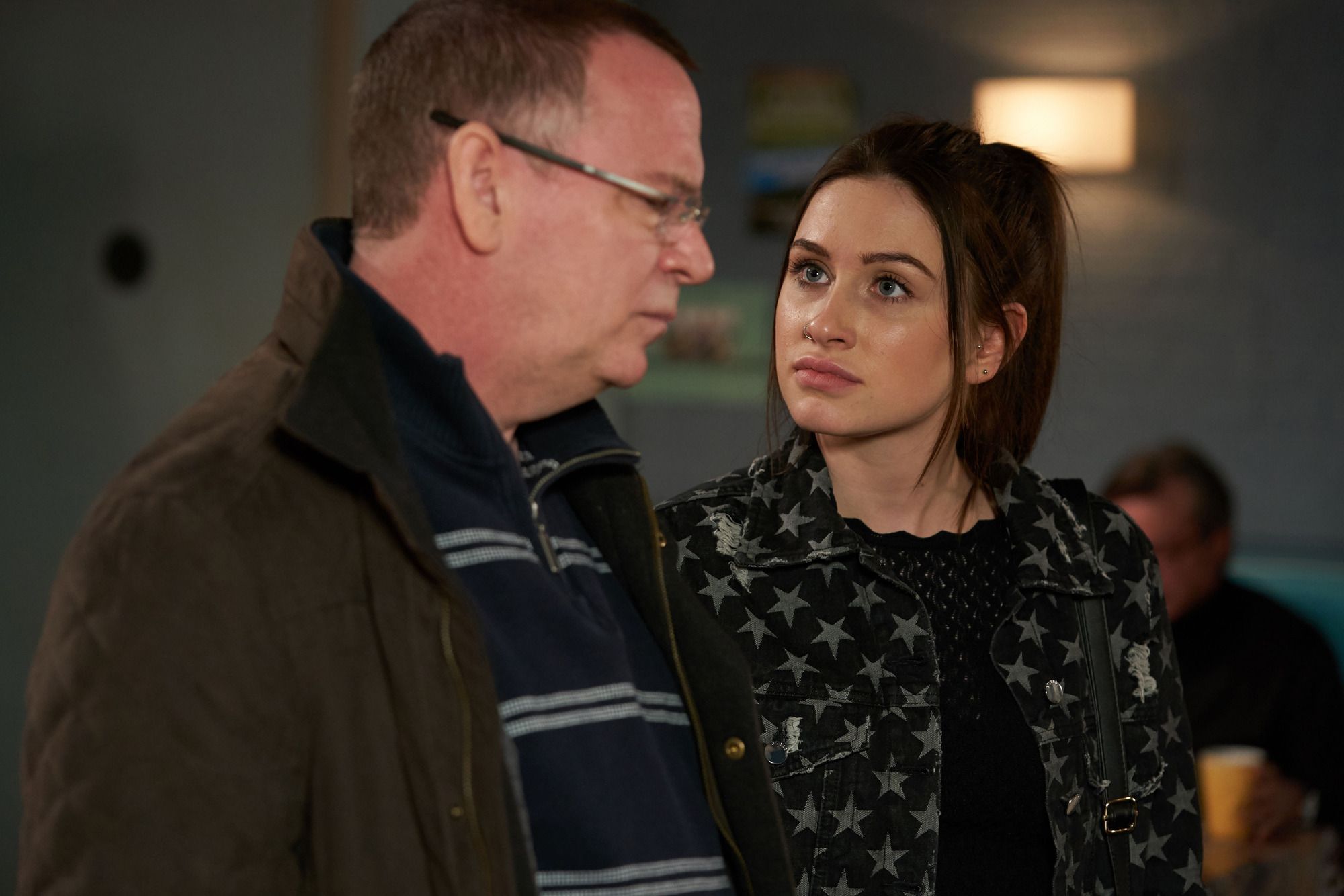 What was Dotty’s blackmail twist in EastEnders?

EastEnders fans know that Dotty discovered how Ian had locked Dennis in a room below deck on the boat before it crashed and sank when she stumbled across the voicemail Dennis left for Sharon on the Arches' phone.

Dotty then revealed she wants The Arches from the Mitchells in exchange for her silence – a request that Ian has so far refused to grant.

And as Dotty lay fast asleep after boozing with Vinny in last night’s episode, Ian spotted an opportunity to get one over on the youngster.

Capitalising on the situation, sneaky Ian stole the keys to The Arches and the phone containing Denny’s voicemail incriminating him for the teenager’s murder.

He then destroyed the incriminating evidence on the phone.

Later, Ian took visible pleasure in evicting Dotty from the house after telling her he’d destroyed all evidence proving he locked Dennis away below deck.

But Dotty wasted little time in reminding Ian that the Arches have a CCTV system, meaning that his antics had been captured on video.

He realised in horror that he'd made the situation he was stuck in a whole lot worse.

With Dotty threatening to tell Sharon about Ian’s part in Dennis’s death, could Ian be about to buckle and get her what she wants? 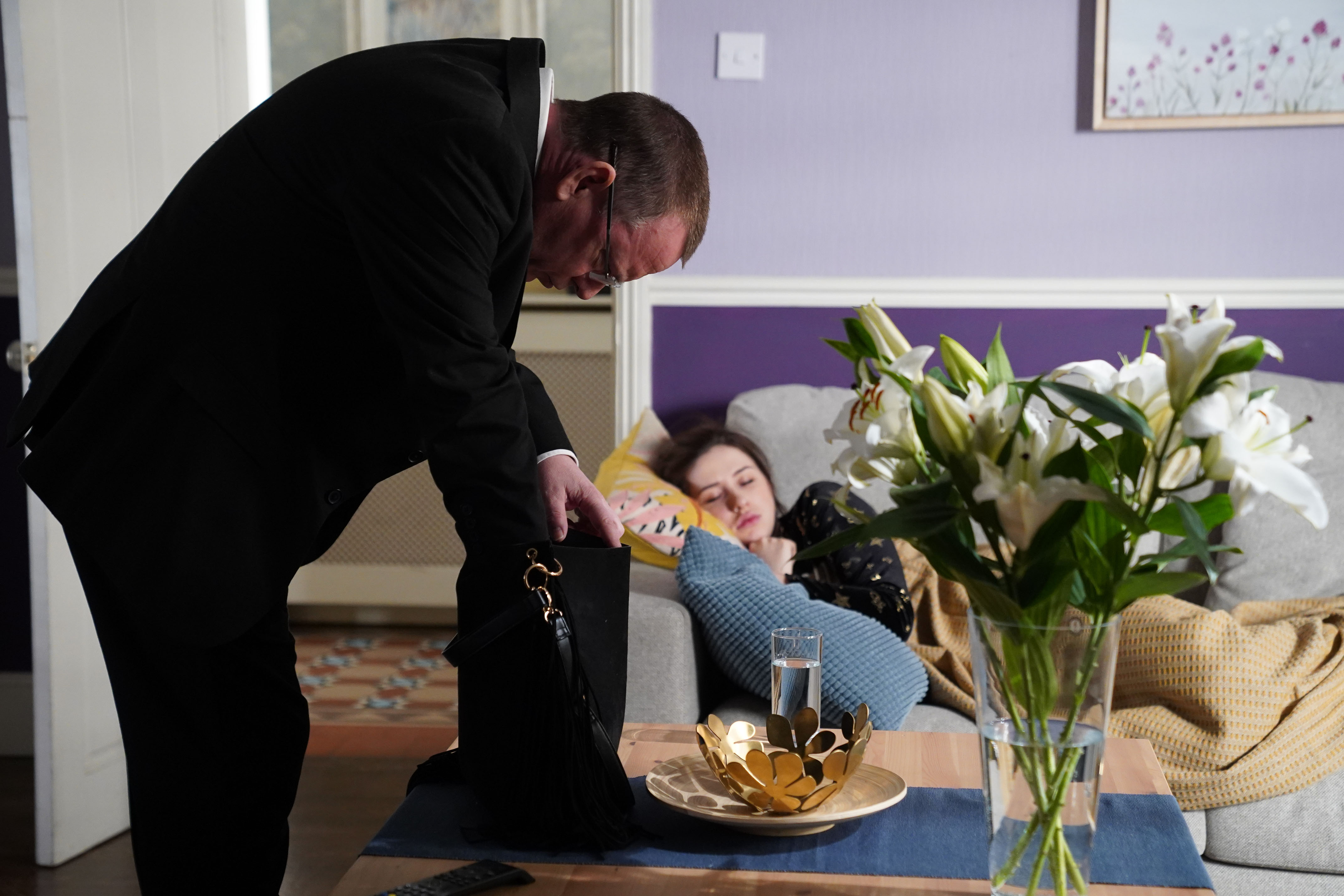 Is Dotty going to expose Ian as a killer in EastEnders?

If Ian refuses to give Dotty the keys to the Arches, Dotty has repeatedly threatened that she'll tell Sharon the truth about his role in Dennis's death.

But fans are sick of the suspense and desperate for Dotty to just expose Ian for the liar that he is.

What has actress Milly Zero said about Dotty’s next move in EastEnders?

Actress Milly Zero – who plays Dotty on the BBC One soap – has spoken out to say her character will be willing to expose Ian if she's pushed.

The actress said: "She is willing to go all the way. She is definitely prepared to tell Sharon but she wants Ian to feel the burn first. If she told Sharon now, it would ruin it."

She told Digital Spy: "She's going to make him squirm over the next few months by getting closer to Sharon and being right there in front of his face all the time.

"She's not going to stop as he's not stopping either. He even gets a memorial bench for Dennis – councillor Beale, Saint of Walford. That is what she can't stand. She's willing to really push him on this one."

Milly added: "Dotty really knows right from wrong. She genuinely believes that Ian is a hypocrite and a liar, and she thinks Sharon has a right to know this.

"She only reason she's asking for money to buy the Arches and whatever else is because he asked her what she wanted.

"Her real issue is that she is seeing Ian be so close to Sharon and that is what's killing her. It's definitely more about the moral side of it rather than her own power."