Is Streaming More Expensive Than Cable? Depends on Where You Live

Is Streaming More Expensive Than Cable? Depends on Where You Live | Charts

Only 13 states save on streaming compared with the average monthly cable bill, a new survey finds

Remember when ditching cable for a few streaming services was supposed to save you big bucks? Those days are over — and depending on where you live, you’re probably spending more on streaming services than you did on cable, according to a new survey.

“Even in states where Americans are saving through streaming subscriptions instead of cable, the dollar differential is nothing to brag about,” Versus Reviews co-founder Elizabeth Schroeter said. “Nebraskans only save an average of $0.03 per month, while New Yorkers’ savings, at $4.60 per month, aren’t even enough for an Apple TV+ subscription.”

The survey asked respondents if they subscribed to any of the six major streaming services — Netflix, Amazon Prime Video, Hulu, HBO Max, Disney+ and Apple TV+ — and based its calculations on the cheapest subscriptions available for each service. For example, Netflix’s basic package costs $8.99 per month in the U.S.

Here’s a look at the entire U.S. and how each state stacks up: 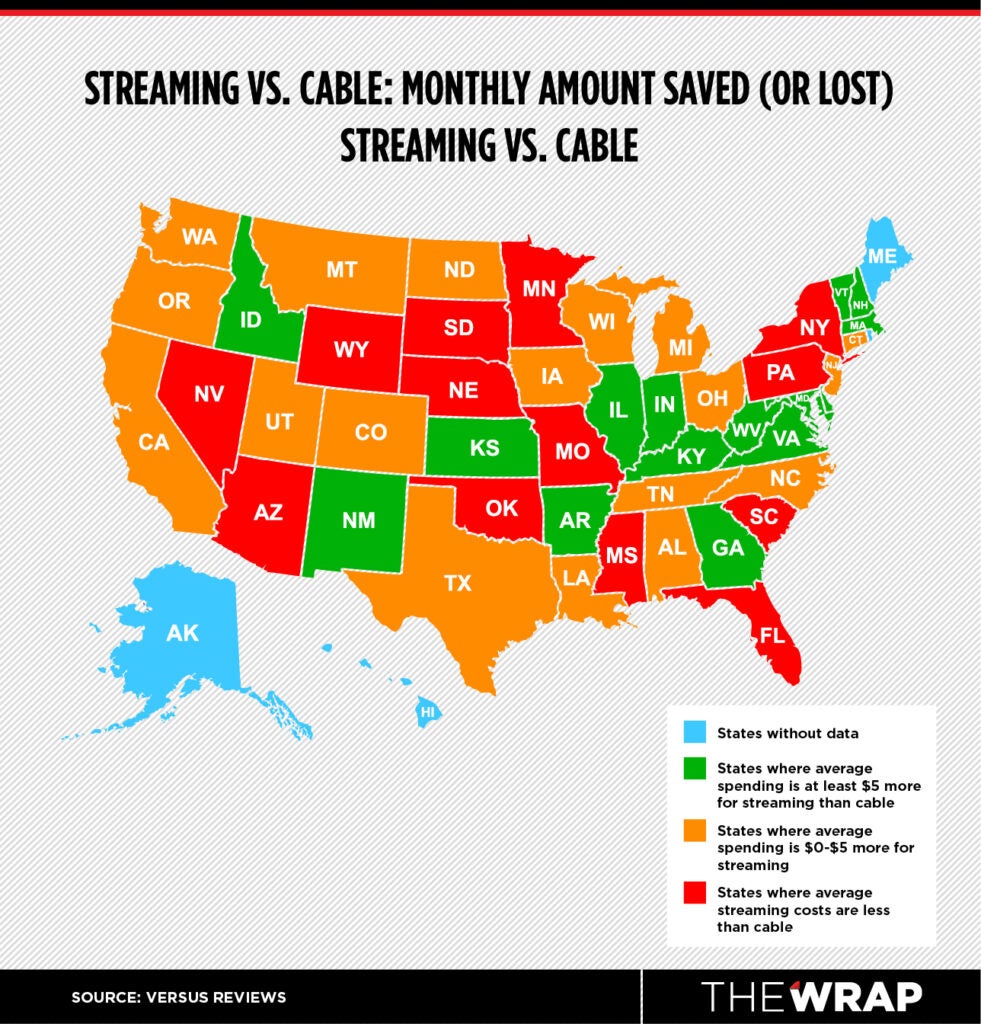 Worse for West Virginia, it ranks 48th in the country when it comes to access to high-speed internet. Internet service there “is slower and more expensive compared to plans advertised across the country,” according to a 2020 report from think tank New America.

Still trying to figure out whether your state saves on streaming? Here’s a full rundown of each state (and Washington, D.C.): 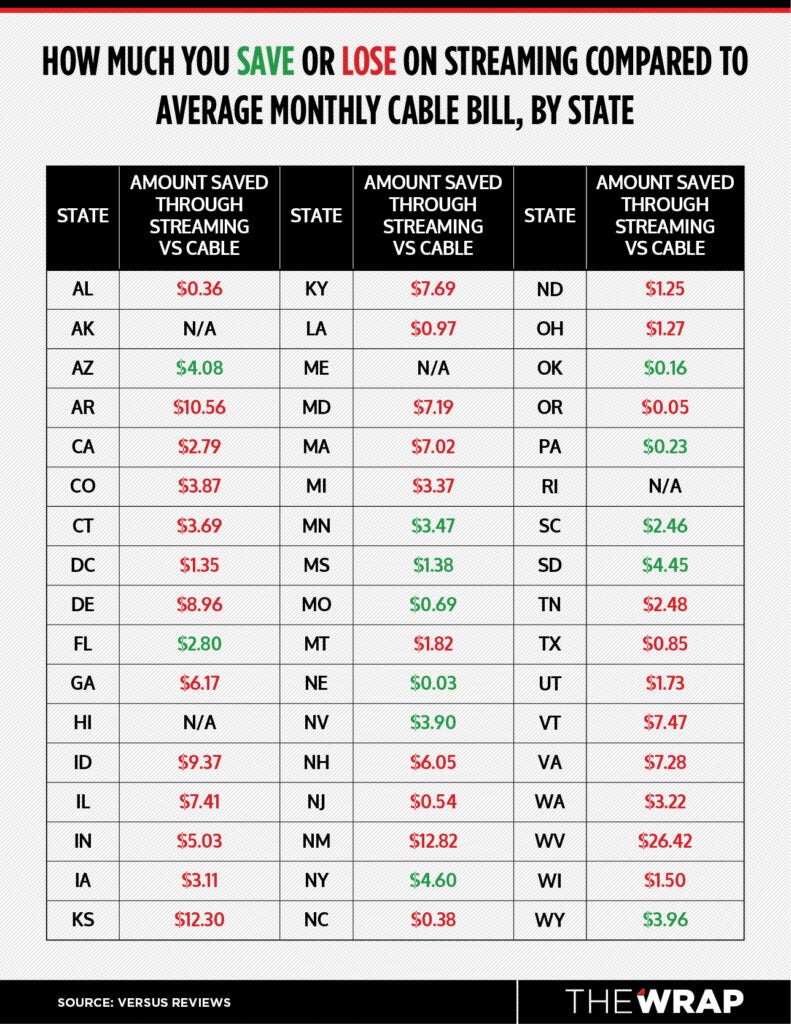 The Versus survey also showed Americans are spending more on streaming than ever before.

As TheWrap reported earlier this year, the average American household is now spending $40 per month on streaming services, up 17% from the same time last year. That “rapid growth,” one analyst told TheWrap, is due in large part to the COVID-19 pandemic keeping people inside, looking for ways to stay entertained. The lockdowns offered a boost to the top streaming services, with Netflix, which sits atop the streaming food chain, adding a company-record 37 million new customers last year. Disney+ and Prime Video also enjoyed big gains, thanks to the pandemic.

With that in mind, the new survey data makes plenty of sense. The relative bargain streaming used to offer over cable is eroding, as viewers grow comfortable stacking more services and new services with higher monthly prices (like HBO Max, which runs $14.99 per month) hit the market.

“For many of us, the ability to binge-watch our favorite shows, as well as buzzworthy new productions, was a key part of enduring the last year of social distancing and quarantine,” Schroeter said. “Streaming platforms offered an escape from COVID-19 commercials and allowed us to connect from afar with friends and family through Zoom movie nights or conversations about a new release on Netflix.”

Even if it cost more than cable.